Baobab Studios has raised $25 million to create a new kind of animated film entertainment in virtual reality. The company has already launched successful VR animated shorts such as Invasion!, a funny title dreamed up by Baobab’s creative team, which includes Madagascar director Eric Darnell, a cofounder of Baobab.

The success of Invasion! and its subsequent episode Asteroids! — as well as the pedigree of the company’s founders — have made Baobab into a very valuable startup. Baobab has raised $31 million to date. 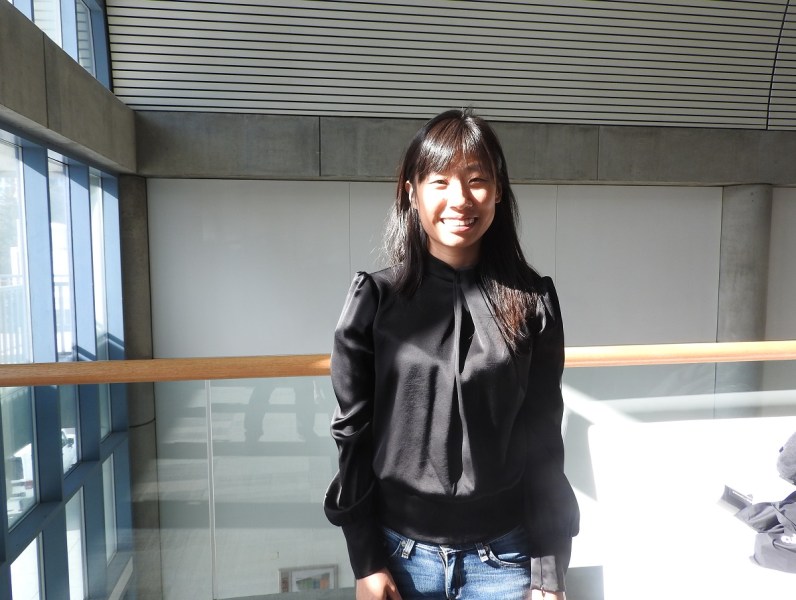 Above: Maureen Fan, CEO of Baobab, a VR film studio.

This new round of funding will be used to develop more animated VR movies and grow Baobab on a global scale, said Maureen Fan, CEO of Baobab, in an interview with VentureBeat.

“This is a great validation for us,” Fan said. “We focus on being great storytellers. I’m very happy with the amount raised and pleasantly surprised at how easy it was because of the traction we have shown in the market.”

Along with the new funding, Baobab is expanding its executive team. Larry Cutler joins as chief technology officer (CTO), bringing deep technical expertise in animation and development. He was Pixar’s technical director for Toy Story 2 and Monsters Inc., and then became global head of character technology for DreamWorks Animation. Cutler also judges for the Academy Awards’ Technical Achievement Awards, and is a cofounder of DigiPro.

Baobab has also appointed Chris Milk, well-known founder and CEO of Within — a premier destination for story-based VR content — as a member of its advisory board. Milk has a long history of creating and inventing innovative products that have won multiple industry awards. His work tests the frontiers of interactive technology, including using VR as a canvas for storytelling.

Baobab Studios has launched Invasion! Episode One, an interactive animated VR movie short narrated by actor Ethan Hawke. That short won a lot of attention because it was unique and funny, and the studio debuted its second episode, Asteroids! at the Oculus Connect event in San Jose, Calif. That episode was equally funny. And evidently it was enough to get the company funded. Baobab plans to launch a full-length version of Asteroids! next year.

The film is a top-featured download in major digital storefronts, including Oculus, HTC Vive, Sony PlayStation VR, Samsung, Within, Hulu, and others.

“I’m excited to invest again, seeing Baobab Studios has completed an already stellar team of ex-Zynga executive Maureen Fan, master storyteller Eric Darnell, and narrative technology veteran, Larry Cutler. This cast is set to define the grammar of storytelling and experiences in VR,” said Phil Chen, previously the founder of Vive and now at Horizons Ventures to explore VR/AR, in a statement. “Baobab Studios is the pioneer of VR storytelling and technology, and their traction and reception by partners, audiences, and tastemakers has been phenomenal.”

Above: The aliens in Invasion! by Baobab Studios.

Baobab Studios was founded by Darnell, its chief creative officer, and Fan, former vice president of games at Zynga, in 2015. Darnell is best known for his director and screenwriter talents on all four films in the DreamWorks Madagascar franchise, which together have grossed more than $2.5 billion at the box office. He also held top roles for The Penguins of Madagascar and Antz, DreamWorks’ first animated film. Fan has held leadership roles in film, gaming, and most recently as vice president of games at Zynga, where she oversaw three studios, including the FarmVille sequels, which contributed 40 percent of the company’s revenues. Previously, she worked on Pixar’s Toy Story 3.

“We are on the cusp of a storytelling revolution with this medium, and VR gives filmmakers the opportunity to develop immersive experiences and take audiences into the story like never before,” said Mike Dunn, president of Twentieth Century Fox Home Entertainment and Fox Innovation Lab, in a statement. “Baobab Studios is an innovator in this space, and we look forward to working with them.”

Fan said that she believes the company’s shorts have been popular because of the emphasis placed on story.

“The technology is there to service the art, rather than the other way around,” she said. “Everyone is excited about the technology we have and the distribution. But Eric has a great sense of humor, and his background is in experimental animation. We want to create characters who are so appealing because you believe they are real.”

Baobab refers to its interactive and cinematic films as “VR animation.” The company has 20 employees.