Battlefield 1’s first expansion pack, They Shall Not Pass, debuts on March 14 for Premium Pass users. I visited Electronic Arts’ headquarters to get a hands-on preview of the expansion, which brings the French army into the battle.

I played the game on the PC, along with a bunch of other press and influencers. For a few hours, we rotated through battles with the new fighting modes and maps. It was pretty hard to stay alive, but I really enjoyed the struggle. I’ve posted a number of the battles below as videos.

The expansion has four new multiplayer maps set on the Western front, including the furnace of Verdun Heights just after a devastating German artillery bombardment. I really liked the way the forest was constantly burning in the background on this map. 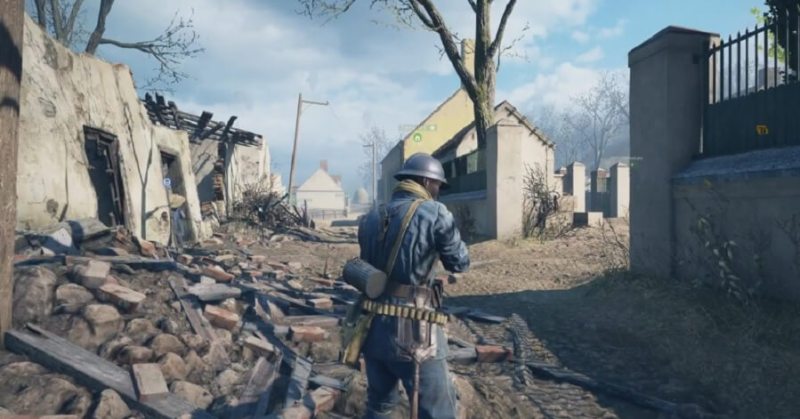 Above: The French army fights on its own soil in They Shall Not Pass.

It also features fighting in the bowels of Fort de Vaux where battles raged in the gas-filled corridors. I had to frequently remember to quickly don my gas mask to avoid dying from the green fumes. Lots of grenades flew back and forth on this map, and we had to constantly peer around corners to shoot.

The maps also include Soissons, where a big tank battle took place on the banks of the river Aisne, and a map called Rupture. In Soissons, it was fun to board the big tanks and play gunner alongside the driver. We could get five soldiers in one tank, but if the enemy got lucky and took it out, that was five kills.

The expansion also has two big operations: The Devil’s Anvil, which features intense close-quarters fighting, and Beyond the Marne, where you take part in massive tank battles. 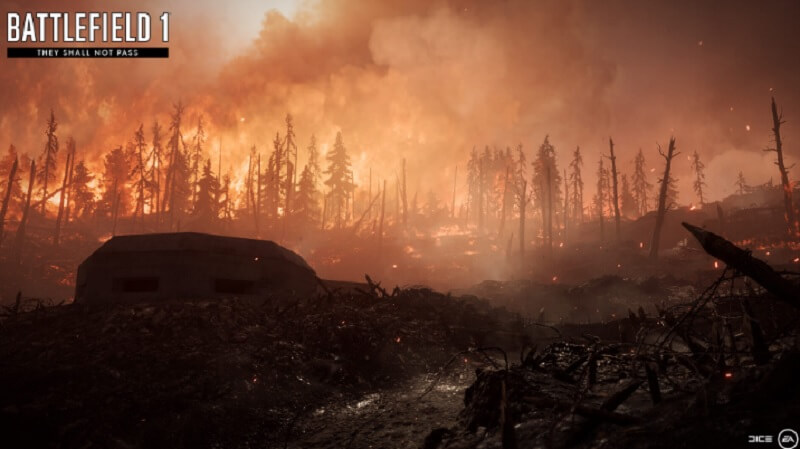 Above: Verdun’s forest is burning in They Shall Not Pass.

A new game mode called Frontlines is a unique mix of Conquest and Rush in a tug-of-war battle. I enjoyed this one, as you had to take over the ground little by little with a constantly shifting front line.

Battlefield 1 Premium Pass members get two-weeks of early access to They Shall Not Pass, and everyone can access the expansion on March 28.

Here’s a scene from Verdun Heights.

And still another battle in Verdun Heights.