Electronic Arts’ DICE studio made a big bet when it decided to invest heavily in the single-player vignettes, the War Stories anthology borrowed from Battlefield 1, for its upcoming Battlefield V first-person shooter game coming on the consoles and PC on November 20.

These missions show you the horrors of war, the sacrifices of comrades, and the things about the Second World War that you didn’t know. There are four single-player vignettes, and I’ve got a good look at three of them. I played through the full Nordlys story in a hands-on session at Electronic Arts’ headquarters in Redwood City, California. This story has my impressions of that preview session.

In a sharp contrast to Battlefield V, Call of Duty: Black Ops 4 developers decided to do away with the single-player campaign after 15 years, opting to triple the Zombies experience and add the Blackout battle royale. That’s certainly paying off, but it comes at a big price. And the quality of DICE’s single-player vignettes shows what that price is. From the stirring music to the characters, Battlefield V adds an intimacy and immersion to the experience of single-player missions.

Eric Holmes, the design director for War Stories at Electronic Arts’ DICE studio, said in an interview that the purpose of single player is to get players to be inspired and invested in the characters, weapons, and vehicles that otherwise wouldn’t mean so much to them in multiplayer. 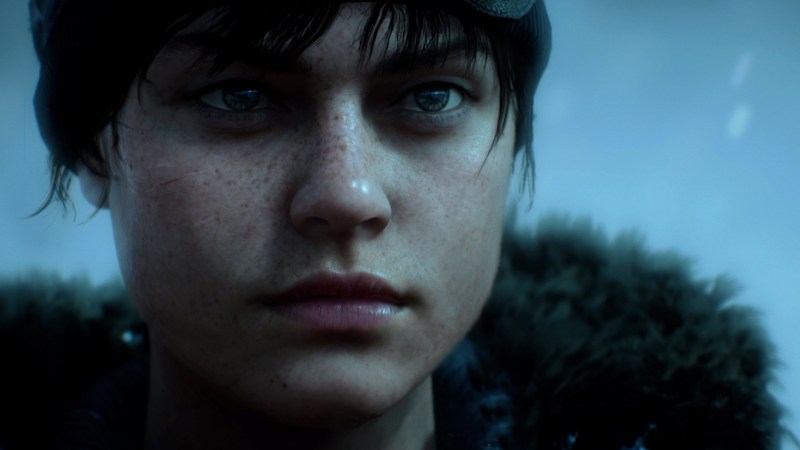 “Playing a Star Wars game would be pretty weird if you hadn’t seen the movies, right? You might think the designs were cool, but if you saw the Death Star flying over a planet you wouldn’t know what that meant,” Holmes said in an interview. “But once you see the movie you know what it is and what it represents. It might inspire fear or awe. That’s the kind of universe-building we have to do in War Stories. We add texture and detail. We add a sense of being there.”

But DICE didn’t want to just remind you of your favorite World War II movies, or take you back to Omaha Beach and the Normandy invasion for the umpteenth time.

“You’ve seen movies and played games,” he said. “You have a lot of baggage. We took a page from Battlefield 1 and took players to places they had not been before. We had an anthology approach in Battlefield 1’s War Stories. Characters could live or die. People liked it, and we brought that to World War II.”

After you play the story with the Tiger tank, you won’t think of the Tiger as just the machine with a lot of hit points, he said.

Holmes added, ” What is going on in this world? Why do I care? Who’s fighting who and what does that feel like? Rather than just red team vs. blue team, tank vs. plane. It’s the Axis and the Allies. It’s not a plane, it’s a Spitfire. It’s not a tank; it’s a Tiger or a Sherman. I know what those things represent and mean. It gets addictive after a while, once you start learning about this stuff. You find yourself on giant Wikipedia binges, or suddenly you have a collection of books. You get sucked into that world. World War II is one of those subjects that just draws you in.” 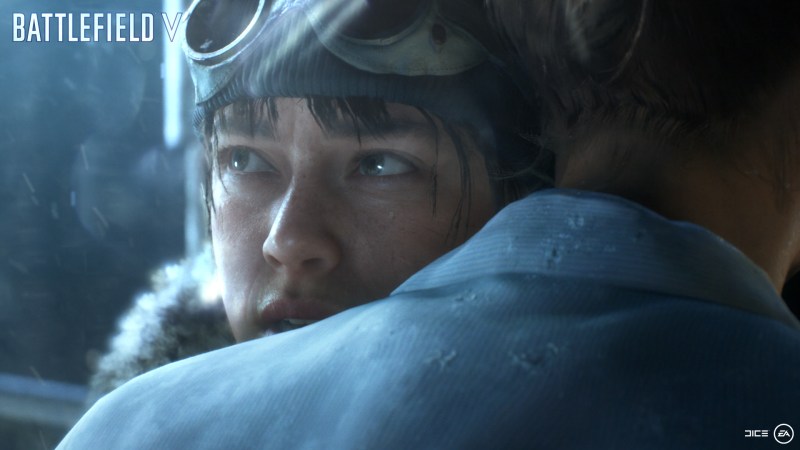 Above: She’s going to kill you.

The first full story I played was Nordlys, which means Northern Lights in Norwegian. It started with a cutscene that shows a German officer talking to a captive Norwegian woman, who is evidently a scientist or resistance fighter who is valuable to the Nazi weapons program. The industrial facility where she is being held makes heavy water, which is a vital part of Hitler’s attempt to create an atomic bomb.

The young officer mentions a commando raid that really happened in the war. The commando operations — with the code names Grouse, Freshman, and Gunnerside — took place in early 1943 and they managed to stop the production at the factory in Vemork. The factory and its surroundings bear a lot of resemblance to the real locations, but this story is fictional.

The gamer plays a young woman, not a commando, who attempts to rescue the captive, her mother. You play as that young woman, and you start out with the thrilling experience of skiing down forest slopes to get to the perimeter of the factory. No matter where I went, I didn’t crash.

The guards were pesky and harder than expected to eliminate, since the weapons I had were fairly imprecise. I had to sneak around guards and take them out with my throwing knife, which had an extreme long range and seemed a lot more accurate than my guns.

Sadly, I didn’t start with a sniper rifle, so it was pretty hard to take out the guards in the high watch towers. I had to climb up the ladders to get them. The AI wasn’t so hot, since they didn’t expect me when I got to the top. Short-range weapons, distant targets: I considered that to be bad level design. Fortunately, the enemies weren’t brilliant or too plentiful. I eventually got a sniper rifle, just when I needed a machine gun more.

It took a number of attempts, but I eventually made it inside the facility. It was, thankfully, deserted. But as soon as I freed the captive, who was my character’s mother, a bunch of enemies closed in. We had to shoot our way out and blow up the place. Once we were outside, we were trapped on a bridge.

At that point, the story gets interesting. You feel a sense of your mission and your duty, and what you owe your mother. As you make your mistake, you have to go out into the Norwegian wilderness during a freezing night. You can take out the sporadic guards, but your hardest task is to get warm. Otherwise, you will freeze to death. That wasn’t easy to survive, and it reminded me of similar survival games where the environment was just big a problem as soldiers shooting at you. It is the wilderness, viewed in panoramic detail, where the daughter is simply an ant in the wild, that pushes you to your limit.

Overall, I thought the story was well done. It tests the daughter’s resolve to carry on what her mother started during a moment of truth. This War Story had an emotional arc, fitting theme music, and a story that left me with an appreciation for the bravery of people who never got any recognition during or after the war for the sacrifices they made.