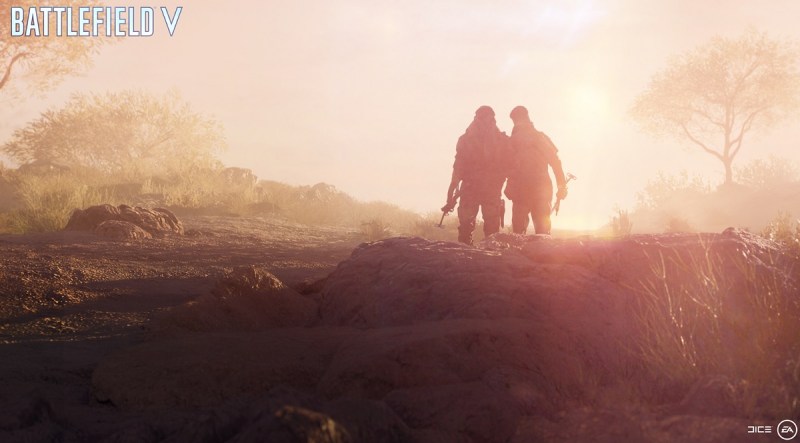 After the British fled the beaches of Dunkirk early in the war, prime minister Winston Churchill sent commandos into the German-occupied territory to harass the Germans. In the spring of 1942, one of these units, dubbed the SBS, recruited “volunteers” from brigs and other military jails to find saboteurs. These soldiers went behind enemy lines to fight in unconventional ways. These soldiers had to think on their feet. “Among them were troublemakers, cutthroats, and buccaneers,” the narrator said.

In the first mission, commander Mason and his new recruit, William Bridger (who I played), infiltrated an enemy airfield in North Africa. When we got to a vantage point, we used binoculars to survey the air base. It was heavily guarded, but I chose to skirt around the edges and go into the bluffs overseeing it. Mason trusted me to make some bombs to take out one of the German Stuka bombers in an aircraft hangar. I made my way there slowly. I was lightly armed at first, but confiscated weapons again.

In my first encounter, I wanted to throw a knife at the back of a soldier. But I was armed with a grenade, and threw that. So that beginning didn’t end well. I cut an alarm and bought my self more time. I headed up into the hills and found some outlier guards. I tried to take them out quietly, but the melee attack didn’t kill the first soldier, so I went in loud. Fortunately, the soldiers in the main camp didn’t care much that there was gunfire in the hills.

Next, I got to an antiaircraft gun and started shooting it at the air base. Unfortunately, while some of the stuff blew up, I couldn’t aim the gun low enough to do real damage. Nor could I bring down the giant aircraft hangar. And I couldn’t shoot down the alarm tower. So I found a machine gun and used that to attack. Then I made my way across the base to the hangar. I went around the side, climbed in the window, and planted my bomb. 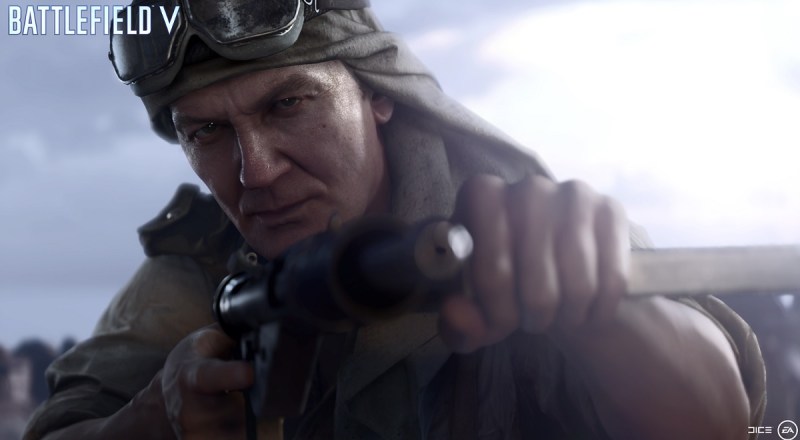 Above: The British commander Mason in Under No Flag, a War Story in Battlefield V.

I thought that was pretty easy. But the bomb didn’t go off as planned, and the German pilot got into the plane and took it airborne. Mason’s bombs went off, and he started chewing me out for failing. So we had to fight a bunch of infantry at the base, and then I sprinted across to the antiaircraft guns in the hills. There, I shot down a couple of Stukas that were trying to take us out. It was a bust in terms of military precision, but we got the job done. The grizzled veteran and the young recruit bond afterward. 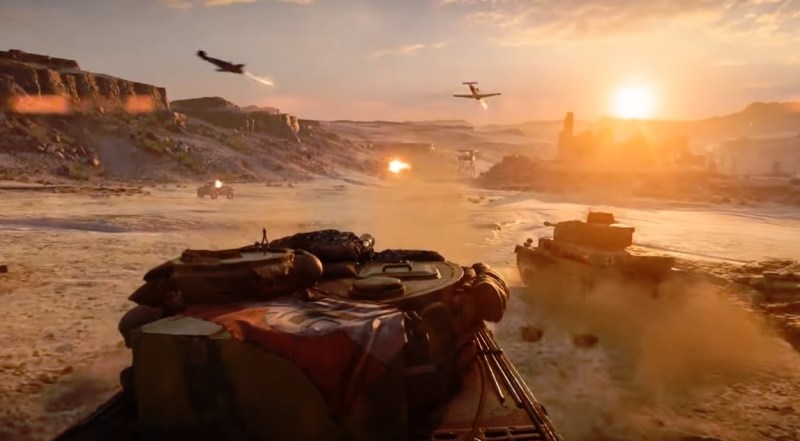 Above: The Last Tiger in Battlefield V.

I wasn’t able to play the last War Story, dubbed The Last Tiger. It features the experience of a German commander of a Tiger II tank, presumably during the last days of the war. The German Tiger commander is shown staring down a young boy-like soldier. The tank goes on a shooting spree through the allied lines.

I remember that DICE’s leaders said they didn’t want to depict the enemy as inhuman. They were people too, and this part of the War Stories shows that the Germans are depicted as people. They’re not just targets in a video game. Some of that message may prove controversial, but it seems like this is another untold point of view.

I don’t know how this story will play out. But it will likely ask the same kind of question raised in films like Das Boot, about a German submarine crew. Can your enemy be a real human being?

In the narration for the single-player campaign trailer, the narrator asks if you will discover what you are capable of at the moment of truth. It suggests that war is a crucible, something that tests your mettle and turns you into a real man or woman. That, too, is a controversial suggestion, as it almost makes it seem like war is good for your own personal character development.

I don’t think the developers mean to push that point of view, but they clearly care about these characters, who push themselves beyond what they think they are capable of in pursuit of a greater cause.

With the anthology approach, DICE can tell very different sides of the multifaceted war without ever seeming like it’s copying previous movies or games. They can introduce you to interesting characters and kill them off, bringing the point home about the sacrifices and bravery of the “greatest generation.” It allows you to learn that war isn’t just a victory to celebrate, or that it’s a nice background for a multiplayer deathmatch. So I applaud Electronic Arts and DICE for preserving their single-player mode as perhaps the most memorable part of Battlefield V.