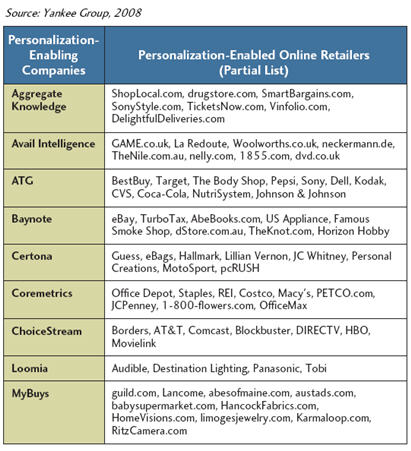 With all the “recommendation” technology companies out there fighting for business, you’d think this is a tough market to be in.

By some counts, there are at least 50 to 100 active companies in this area.

But some companies, including Strands, and apparently Baynote, say they are making revenue from their technology, though they won’t comment whether they’re profitable. Their recommendation engines offer up products, music or news articles to people based on their personal tastes.

They’re forging ahead, even as other companies, such as Kleiner Perkins-backed Aggregate Knowledge, are finding the sector a big headache, and are laying people off.

A recent Yankee Group report says the technology is promising, yielding up to a 400 percent increase in click-through rates on some sites. However, Yankee predicts a consolidation. ATG already acquired one player, CleverSet. “In the next 4 to 5 years, only three to four personalization engines will survive in each major market,” according to the report, which also says companies will fight over the mobile sector next.

For now, we’re going to limit our summary of the sector to five companies making news lately.

Strands — Surprisingly, this company says it is making $12 million a year, mostly by licensing its technology to other undisclosed companies. It makes money by taking a share of the increase in sales it enables with its customers. Some of the revenue also comes from advertising. Strands says this revenue number is honest (in other words, it’s real revenue, and doesn’t contain any commission or fees that are passed on to another party). 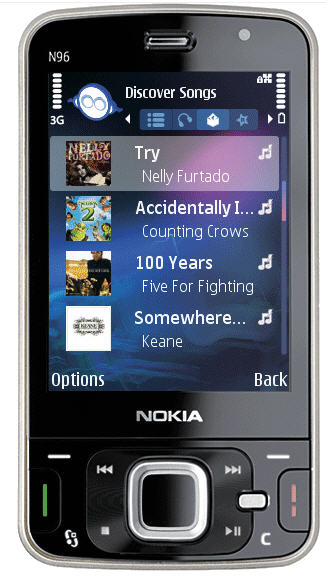 It has served mainly large companies so far, but here’s the challenge: Larger companies are building their own recommendation engines. So Strands is increasingly  going after medium and smaller customers. Spokesman Gabriel Strands’ Aldamiz-echevarria says significant revenue may therefore be elusive in the short-term. While he estimates there are between 50 to 100 recommendation companies now, he predicts they’ll be drastically winnowed down over the next year or two — and Strands will be a survivor.

In the meantime, Strands is trying to make money from consumer-related products. It’s best known for its music player for mobile devices that lets you discover new music, connect with people, and share your tastes with friends. It reports 40,000 weekly downloads. But it’s moving into other areas, including personal finance: Strands lets banks serve up financial product recommendations to their customers, based on a customers’ financial background and practices. Last week, it announced a deal with large Spanish bank BBVA to test Strands’ Social Recommender. BBVA has 42 million customers, engaged in 1.3 billion transactions online a year. “Each time you pay with your credit card, you’re expressing your taste,” says spokesman Aldamiz-echevarria.

Strands also wants to help users control of their taste profiles, and allow them to take that profile with them. Along these lines, Strands is working on data portability, so that its users can let Amazon recognize their tastes if they log in at that site.

Strands has taken a colossal $55 million in venture backing, including $39 million last year, the sanity of which you have to question. Strands will have to perform well to make money for its investors. On the other hand, the company is one of the few getting real revenue. Can it build on its early lead by pitching itself as the industry standard? It’s ambition qualified it for a MobileBeat Top 10 spot, and it will pitch at our MobileBeat event Thursday.

Baynote — Here’s another company that is starting to make noise. It says it has 100 paying customers, but won’t say how much its making, or whether it’s profitable. Baynote’s technology focuses on what “like-minded peers” have done before you, assessing 24 different variables, such as the type of subjects they’ve clicked on. When it identifies the peers who are similar to you, it recommends the content those people also liked in the past. The company stayed quiet until earlier this year, but reportedly grew Knot’s revenue by 24 percent in one test. It serves other media companies, such as ESPN and Fox. Today it announced that Expedia, the large online travel company, is using Baynote to complement the site’s existing search engine. For example, one Expedia customer may search for something very specific, such as “San Diego beachfront hotels,” while another may enter a broader query, such as “beach vacation.” Though the queries are different, the customers may actually be looking for the same thing, according to Baynote’s algorithm. The company has raised $15 million in total venture capital, and says it still has $11 million on hand.

Aggregrate Knowledge — This is a Silicon Valley company, backed by venture firm Kleiner Perkins, now offering a product called Pique. It claimed early success with customer Overstock, saying its recommendation engine drove more than 20 percent of all holiday purchases at that major retail site two years ago. However, shortly after that, the partnership broke up, when Overstock decided to build its own engine (it must have realized how much value there is).

Then several weeks ago, I started hearing about layoffs from the Aggregrate Knolwedge. I contacted founder Paul Martino, who acknowledged eight people had been let go as the company has shifted away from its focus on recommendations. The company’s head of sales left seven months ago. It retains 42 employees, and has recently brough in a new chief revenue officer. It will continue to offer a light-weight, self-service recommendation offering, but instead the company is moving to become more of a pure behavioral ad company. The Overstock case embodies the problem, Martino says. The technology has become commoditized, he says, something any engineer can cook up, and so is difficult to make money on. He tired of demonstrating the technology to potential customers: It would take a year to negotiate a contract, even though Aggregate Knowledge demonstrated in tests how it could boost revenue. By contrast, it takes about two weeks to sign an advertising deal, Martino said: “We realized we need to be in the ad business.”

Now, Aggregate Knowledge will watch your surfing habits, determine you’re interested in laptops, and then offer up an ad for a laptop. Targeting ad companies like Tacoda and Glam do something similar, i.e, determine what subjects you’re interested in, and classify you by industry segment of interest, such as laptops or autos. But Aggregate Knowledge goes the extra step and tries to cull information about your own individual interests. Sony is a customer.

RichRelevance — This company had an early run-in with Aggregate Knowledge: Founder David Selinger briefly spoke with Aggregrate Knowledge’s Martino about possibly working at that company, but then disappeared and a few months later emerged with his own company, RichRelevance (both sides interpret Selinger’s actions differently, of course). Selinger says that he’s optimistic about recommendation technology, and rejects Martino’s suggestion it has become commoditized. RichRelevance is still young, but already has its first customer in Sears. Selinger says its early days for the technology, similar to the way the search industry was early when Google came along. Google, of course, blew by Yahoo and others, who mistook search to be a commodity. Selinger says he does not want to imply his company is the next Google, but he says his company’s approach is unique: It homes in on what has yielded results in the past. In other words, it doesn’t look too closely at identifying similar users to find recommendations. He says that such collaborative filtering technologies don’t work, because even if they find people with similar tastes, the approaches fail to go the next step, which is to incorporate feedback to produce better results. Driving his approach is a singular focus on results: “When I show a recommendation, do people actually take action? When I recommend it, does it encourage behavior?” He calls it an Occam’s Razor approach.

Selinger is accomplished. He worked at Amazon after that company had produced an early recommendation technology, and his job was to make them better. He also worked at Overstock in late 2005, and later did dilgence for Overstock when that company assessed the recommendation technologies provided by Aggregrate Knowledge and others. That’s about when he got his idea for RichRelevance. He said he found that each recommendation company “looked the same,” and that their methodologies were often opaque. RichRelevance is focused solely on retail.

OutBrain — OutBrain is a new company focused entirely on the media sector, believing its recommendation technology can do well if it limits its scope. (Loomia, another company, has similarly focused on media of late.) Outbrain has been signing up blogs left and right, including VentureBeat, CenterNetworks and Mashable. The company says it has gotten VentureBeat more than 400 new readers in the month since we installed. Only thing: I don’t know where the money is, at this point.

The Yankee Group diagram below shows how a personalization engine is used to make recommendations, and how this can be used in different media. At bottom, a matrix shows how this technology is developing over time. 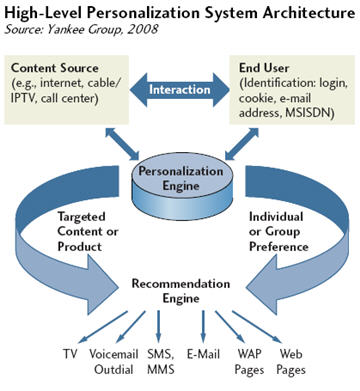