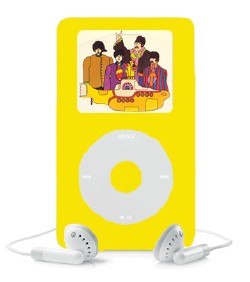 Update: A prematurely published story from Sky News suggests that Yoko Ono is confirming that the Beatles are coming to iTunes. Yet Another Update: That story was wrong. Told you so!

Apple won’t say what’s going to be unveiled at Wednesday’s mystery event at San Francisco’s Yerba Buena Center. The tagline on the invites: “It’s only rock and roll, but we like it,” a line from a song by the Rolling Stones.

Since it’s on the same day as the release of Rock Band’s Beatles edition, the same day as EMI Music Group’s release of remastered CD versions of the band’s entire catalogue, it makes sense to presume that Apple has its own Beatles-themed product to show off.

Peter Kafka at AllThingsD has placed his reputation on the line by claiming to know for sure there won’t be any Beatlemania at the event. Kafka reminds us there were Beatles rumors before an event two years ago, too. 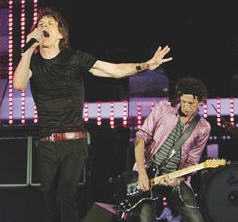 None of the industrious reporters at VentureBeat have replied to my request for a vote, so I’ll post my own bet: No Beatles. Place your bet on the Stones.

Why? First, Kafka hates being wrong and his post has the soft aroma of a journalist who’s gotten inside info. Second, Steve Jobs has counter-launched products before. In fact, there’s something wonderfully Jobsy about using the music industry’s big day, when EMI once again sells us Sgt. Pepper in yet another format, to launch a product that sucks the oxygen out of their turnkey press events. Third, I’m really sick of Beatles fans right about now and would love to see the Stones take the stage tomorrow.

I miss the crazy days of Steve sucker-punching Motorola’s iTunes phone with a surprise iPod Nano unveiling. Is he going to whup the wussy Beatles survivors with a live Stones show? I hope so. Ask Mick Jagger, born 1943, to fill in the blank, “Will you still ___ me, will you still ___ me, when I’m sixty -four?” and I’m sure Mick’s version would be far more rock and roll than McCartney’s.

What else could Steve Jobs possibly be hiding just out of sight for tomorrow? Here’s the hot list of probable products, in decreasing order of believability.

– Some sort of iTunes enhancement. Depending on what day you read MacRumors, the major music labels are either working with Apple or working against Apple on enhanced digital formats for album and single releases. The rumor mill is spewing every geeks’ dream feature list: Blu-Ray! Facebook! Twitter! An even more complicated way to poke around with apps you don’t really use! The latter is a given.

– A tablet computer. The Wall Street Journal reported as fact a few weeks ago that Jobs was working hard on a touchscreen device. Would Steve Jobs tease us with a music event and then hit us over the head with a new type of Mac? Anyone who witnessed Jobs’ cruelly clever fake-out of Motorola in 2005, where he held an entire launch event for their phone before dropping the iPod Nano on us, secretly hopes he’ll do something like that tomorrow.

– A record label. My coffeehouse co-conspirator Drewbot says Apple has figured out how to ditch the major labels and let musicians publish directly to iTunes, just as iPhone app developers do. Great idea conceptually, but as a former pro musician I’m all too aware that 99.99999% of all musical recordings aren’t worth downloading even for free. The music industry, contrary to what you read on angry blogs by non-musicians, actually does add value by filtering for talent and forcing lazy, drug-addled-but-talented musicians to develop themselves far beyond what they’d do if left alone in their bedrooms with a Mac. Why do you think the musicians hate them so much?

– Apple TV update. Nah. Given the two-time failure of Apple TV to steal the world from Netflix and Comcast, I’m skeptical they’ll go against the Beatles with strike three.