When I picked up a pair of Apple’s wireless AirPods a few weeks ago, I thought the included charging case was a clever touch.

But the case wound up being so useful that it spoiled me for Apple’s other wireless earbuds, the BeatsX. After two weeks of testing a pair of BeatsX headphones, I’ve found they also fall short of the AirPods in one make-or-break area: battery life.

And there are other drawbacks, too, The AirPods case, with its satisfying clasp, is an instant Apple design classic, whereas the included BeatsX silicone case doesn’t always completely protect your headphones — sometimes parts of the cable end up sticking out. And it gathers lint. Just look at it. 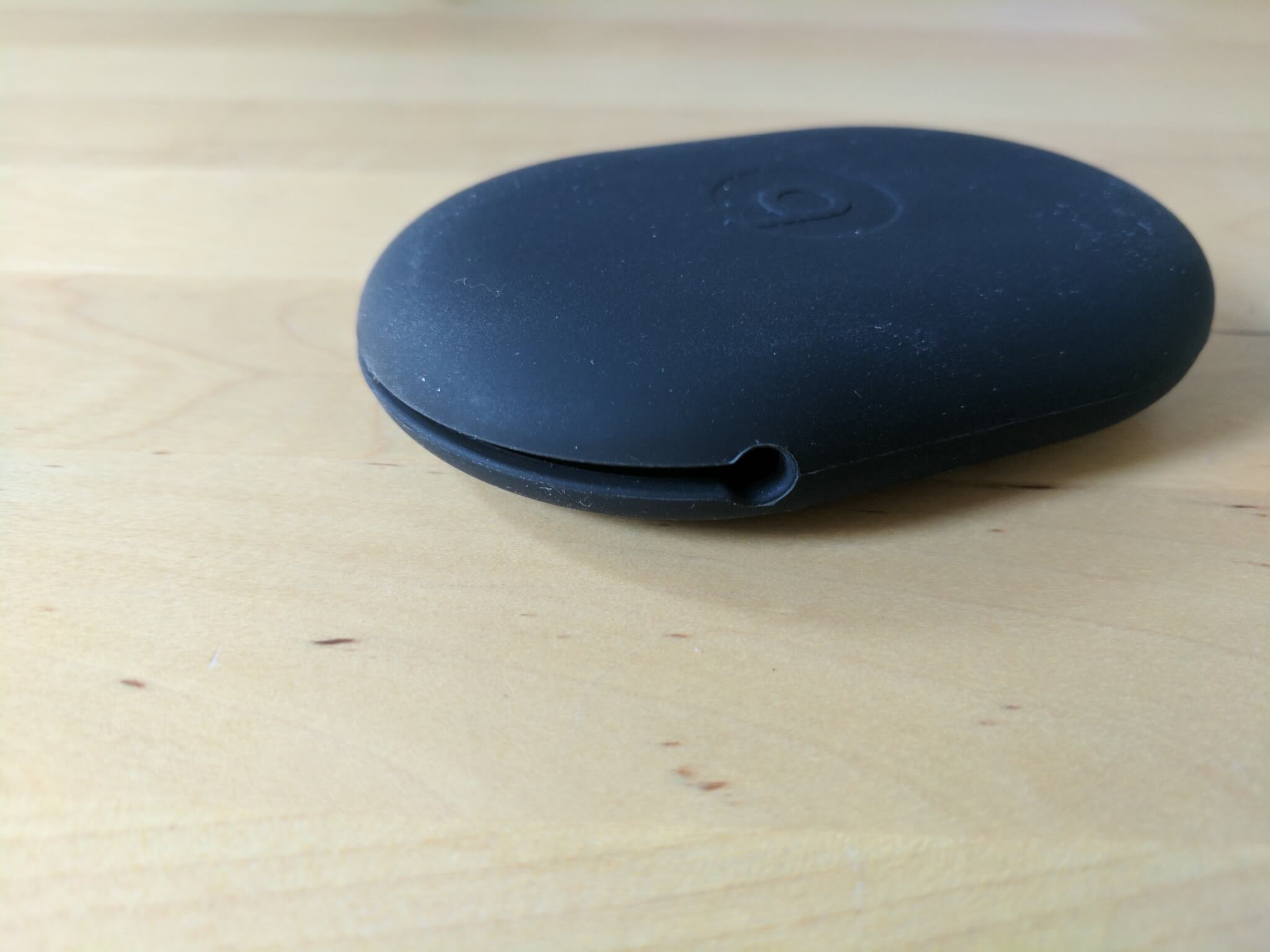 Above: The included BeatsX carrying case.

To be fair, when compared with AirPods, BeatsX provide quicker access to Apple’s Siri virtual assistant via the physical volume and pause buttons. And — let’s be real — you’ll probably look less goofy with them perched on the sides of your head.

And BeatsX come with a few aesthetic niceties that you won’t find on AirPods: magnetic buds and a neck band that’s just bendy enough to fit in the case but always bounces back to its default position.

Apple being Apple, the company put an exceptional amount of consideration into BeatsX packaging. That might sound a bit surface-level. Maybe it is. I’d say it’s one way to win customers over. The design respects your attention.

While unboxing the BeatsX headphones, you’ll find — underneath the recyclable paper container holding the earphones in place — three distinct sets of extra ear cushions and two different-sized fins for securing the buds in your ears. And you won’t feel like you’re soiling the perfect packaging as you try out different options because the parts are kept in clear plastic with a flimsy back cover that makes for a smooth air seal. It’s almost as if you’ve never messed around with the extras. 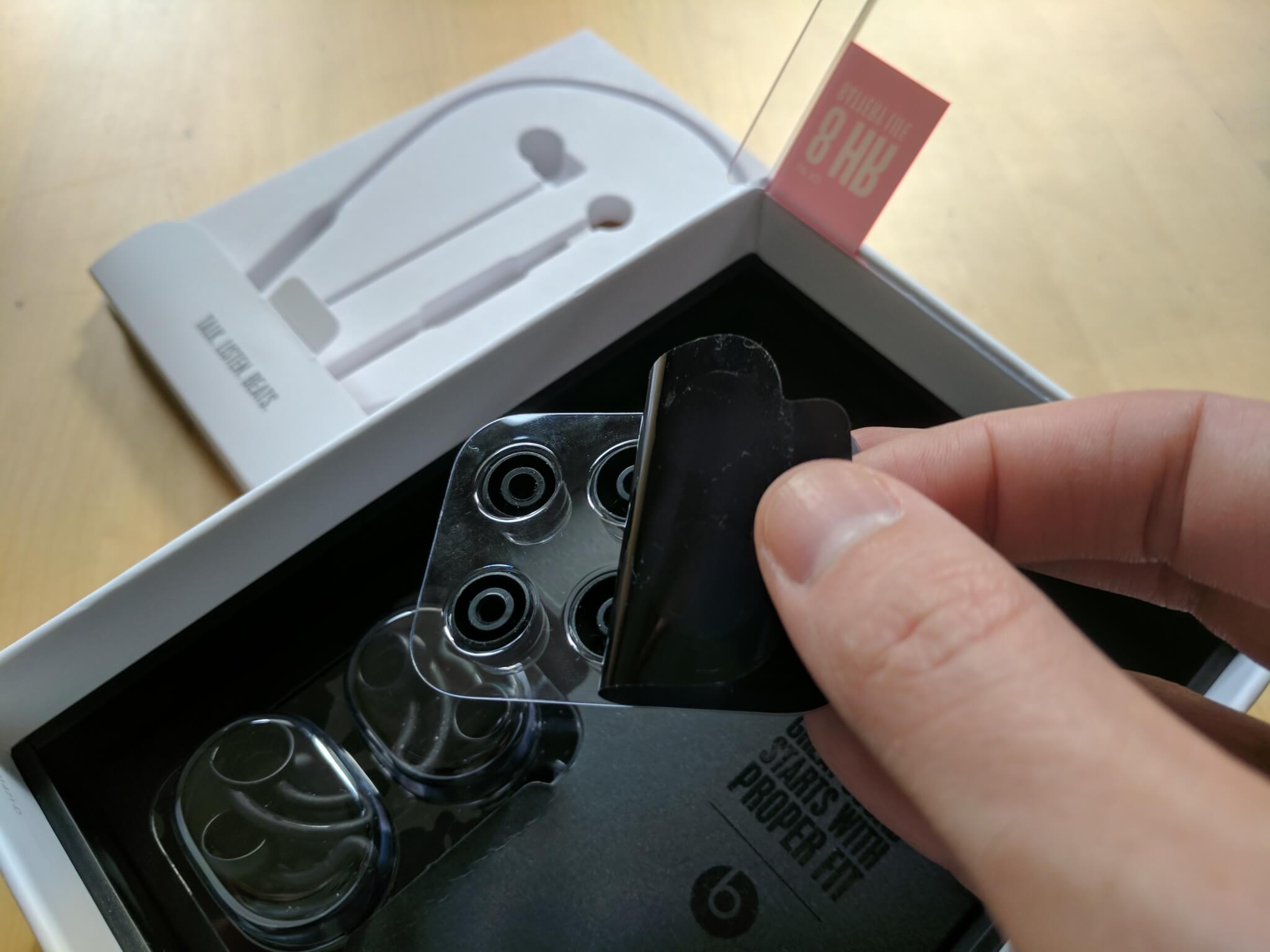 I tried on four of the cushions before finding a good pairing, and I appreciated how much care Apple put into not making me feel bad about that.

Pairing BeatsX headphones with an iPhone or a Mac is almost as easy as it is for Apple’s AirPods — you just have to hold down the button that’s attached to the cable for a couple of seconds, and Apple’s W1 chip does its thing. Pairing with Android and Windows over Bluetooth is more difficult. Once you’re paired, audio doesn’t pause or stop when you remove one of the earbuds like it does with the AirPods. But I can live with that.

Some people say the BeatsX headphones sound better than the AirPods — I personally disagree. I don’t hear much of a difference. What I will say is that the BeatsX phones are more comfortable to wear for hours at a time. Which counts for something.

And that brings us back to the BeatsX’s biggest flaw: short battery life. Apple promises up to 8 hours of play before you need to refuel via the included Lightning port. I got around 6.75 hours on average.

While reviewing the AirPods, I saw 5 hours of play without dipping into the charging case, but with the charging case, I managed as long as 20 hours (Apple advertises up to 24). These observations make me a bigger fan of AirPods, especially when you consider the price.

AirPods cost $159; BeatsX go for $149.95. We’re talking about a $9.05 difference. If you care about not having to constantly recharge, go ahead and shell out the extra bit of money.