Will social network Bebo roll out new features to help it regain its stride against larger rivals like Facebook and MySpace — and justify the $850 million that AOL paid for it? Well, the latest answer to that question is a screenshot of a new feature called “timelines,” obtained by Silicon Alley Insider, which was mentioned last December when Bebo launched its “social inbox” interface. It’s supposedly a big part of a new “Bebo 2.0” interface that will be rolling out later this month. 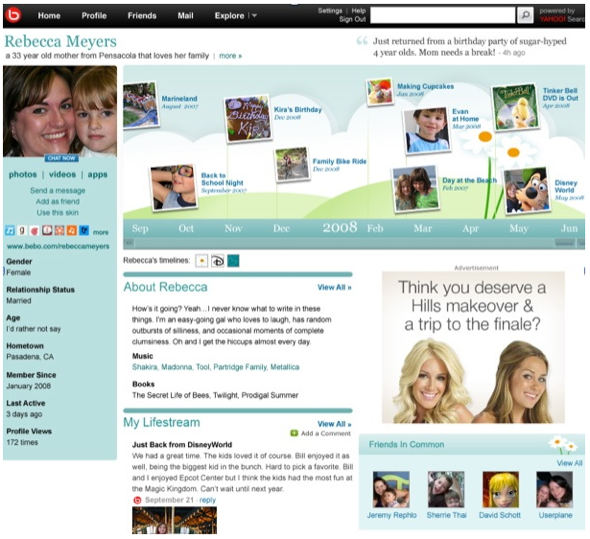 The “timeline,” judging from the screenshot, apparently shows you your own activity on the site over the course of however long you’ve been on it, including big dates like birthdays, “Day At The Beach,” etc. The information in the timeline will apparently be drawn from the social inbox, itself an aggregator of your activity on Bebo and on other sites like micromessaging service Twitter and photo site Flickr. “The timeline will help people turn chaos into order,” a Bebo spokesperson tells Alley Insider, “and help them share their experiences with others,” and also “herald a new era in display advertising and bringing brands to life online.” That’s all quite ambitious, but the “timeline” frankly seems more like a nice add-on to what’s already available in the social inbox.

Meanwhile, there’s no word on AOL’s bigger plans for Bebo, such as a distributed IM service for other sites, although those plans may still be in the planning stages (AOL is also looking for a new technology leader to oversee Bebo and other social web product efforts).

Here’s something else that’s interesting: Bebo is apparently looking to aggregate data from Facebook and MySpace — something that other companies have previously gotten in trouble for. Take a look at the screenshots below. First is a screenshot that Bebo sent out of the social inbox when it launched in December. Second is a screenshot of the inbox that Alley Insider published today.

[Update: ReadWriteWeb also notes rumors about a Bebo product coming out tomorrow that will integrate Facebook and MySpace data.] 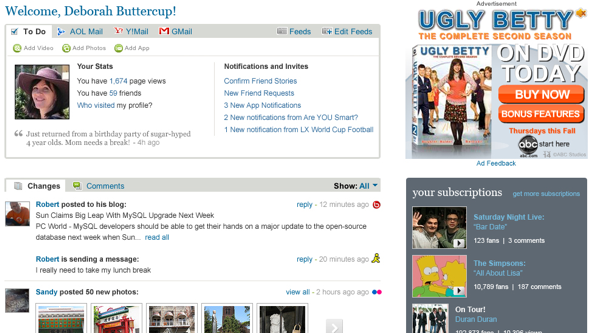 Basically the only difference between the two is that the latter screenshot has information gleaned from Facebook and MySpace. See below. 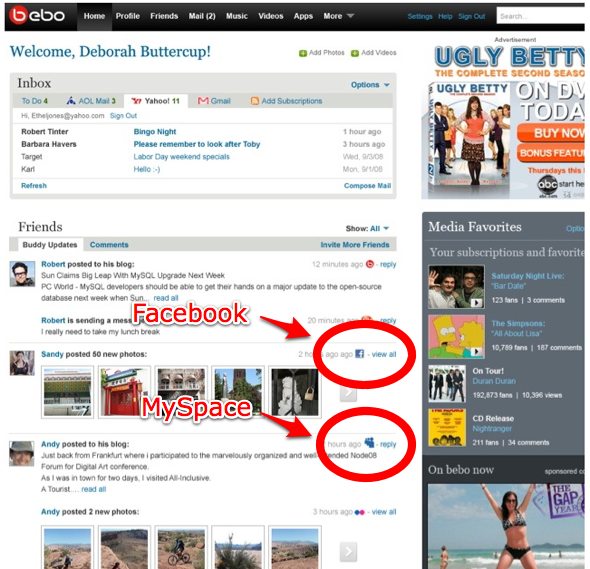