“We think 5G is definitely going to be a very big step-change for smartphones, [and] for the smartphone industry in general,” explained Donovan Sung, Xiaomi’s global spokesperson and director of product management, in an interview with VentureBeat last week. “So that’s why it’s important for us to be one of the first, if not the first, commercially available 5G smartphone out there. It’s really important for us, because we want to be at the cutting edge.”

Sung was speaking in the wake of Xiaomi’s belated 5G mobile phone launch at MWC last week. By way of a quick recap, the Chinese smartphone maker announced its Mi Mix 3 device way back in October, and ahead of the launch it said it would be the market’s first 5G phone. But when it finally launched, in China only at first, we discovered that the Mi Mix 3 was just 4G. The company later clarified that the 5G incarnation would arrive in Europe in the first quarter of 2019, which led to further disappointment when the Mi Mix 3 that landed in the U.K., Spain, and Italy in January was still 4G.

Xiaomi was eventually beaten to the 5G punch by a matter of days by Samsung, which unveiled two 5G devices at its own Unpacked event last month. Oppo also introduced its first 5G phone at MWC, a day before Xiaomi finally unveiled its proper first 5G phone.

Despite this, Xiaomi is still hoping to claim a 5G first by beating all its rivals to become the first company to launch a device the public can actually buy: Samsung has given a tentative timeline of June for its 5G handset, while Xiaomi’s is provisionally slated for May. But with others scheduled to launch in the coming months, from the likes of LG and OnePlus, Xiaomi will be keeping a close eye on its rivals’ schedules.

In short, it has been patently obvious that Xiaomi is keen to position itself as the company blazing a trail in 5G consumer phones, even though 5G cellular networks are currently in embryonic states in most markets. And ignoring the fact that Xiaomi still doesn’t have a 5G phone you can actually buy. But this helps to highlight how important “firsts” are for some companies, and this really has come to light these past few months. 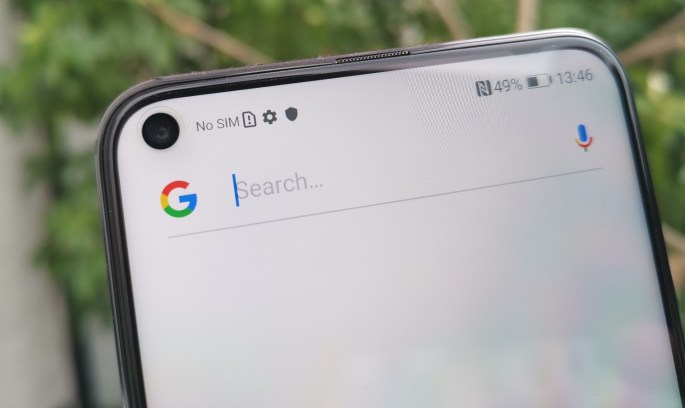 “Being first to market isn’t the most important thing, getting it right is.” While many variations of that well-worn mantra exist, some technology companies are hell-bent on showing the world how “innovative” they are by being the first to do something before everyone else. Or, at least, appear to be the first.

On December 10 last year, Huawei sub-brand Honor unveiled the View20 smartphone with an in-screen “punch-hole” selfie camera. Later that day, Samsung announced the Galaxy A8S, which sported a similar notchless design accommodated by an embedded front-facing shooter. This trend has continued into 2019, with Samsung’s so-called “Infinity-O” display making it onto its latest S10-branded flagships too.

With the View20, Honor also proudly laid claim to another first: It was the first device to launch with a 48-megapixel camera sensor, though it was followed swiftly after by Vivo and Xiaomi. The View20 was also the first phone with a time-of-flight (ToF) sensor, which can be used to measure the distance between the phone and an object to create a better sense of depth, in addition to other applications. A number of mobile devices have now gone to market with ToF sensors included, such as Samsung’s Galaxy S10 5G, the LG G8 ThinQ and the Nokia PureView 9.

It would be easy to dismiss all this as merely a sign of the improved components that are available for smartphone makers to use. For example, the reason we’ve started seeing 48-megapixel cameras in phones is because Sony has made a 48-megapixel camera sensor. But it’s clear that companies are going all-out to one-up their rivals by claiming “firsts.”

In an interview with VentureBeat at MWC in Barcelona last week, James Zou, president of overseas sales and services at Honor, confirmed that being first was incredibly important to the company, making specific reference to the Honor View20.

The thing is, Samsung and all the other companies that made ToF phones had already built their devices before Honor announced the View20 — it’s not as though Samsung saw Honor’s announcement and thought, “shoot, we’d better get a ToF sensor on the S10 5G.”

Looking at Honor’s announcement cycle also reveals its underlying strategy. Honor officially launched the View20 on January 22, but in the race to become the “first” phonemaker with an in-screen selfie camera, it actually pre-announced the device more than a month in advance, a matter of hours before Samsung announced its incarnation for the Chinese market.

This is becoming a familiar sight across the mobile phone sphere.

Another big breakout trend of the past few weeks has, of course, been foldables. While foldable devices undoubtedly hold a great deal of potential in phones and other devices, it feels like everyone has been rushing to get something out as quickly as possible so they can lay claim to being the “first” or “one of the firsts.”

Samsung unveiled its Galaxy Fold at its own event a couple of weeks back, which was followed shortly after by Huawei’s foldable Mate X at MWC. But it’s worth noting here that Chinese company Royole, which has been working on flexible screens for several years, actually rushed out its FlexPai phone a few months previous so that it wouldn’t be beaten by the likes of Samsung.

However, none of these devices really feel like mass-market devices yet, with prices ranging from around $1,300 to an eye-watering $2,600. Plus, Samsung and Huawei are fairly reluctant to let the public go hands-on with their foldables yet, despite their official availability being just weeks away.

As we’ve written previously, this doesn’t instill much confidence that the devices are ready for prime time, and it further fuels the narrative that companies are more concerned about being “first” than whether the market wants — or even needs — this new form factor.

Similarly, Apple, Samsung, Huawei, or any of the other current top smartphone vendors were certainly not the first companies to embrace smartphones. Ten years ago, Nokia and BlackBerry ruled the roost with nearly 60 percent share of the smartphone market between them — today, they licence their brands to other companies who make the phones for them. And crucially, their market share is negligible.

What this proves is that being early to market isn’t nearly as important as being the first to get it right. And even when companies do get it right, they have to keep getting it right to ensure that they’re not overtaken by newcomers.

Being first shouldn’t matter at all, but for some companies it has become a badge of honor.