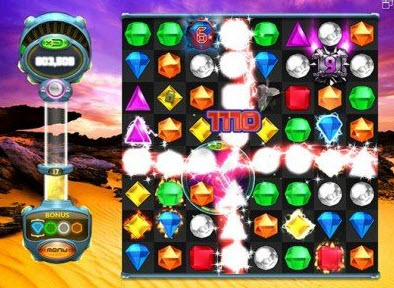 Diving online for the first time, PopCap Games — which created the addictive casual game Bejeweled — said today it has teamed up with NCsoft to create an online multiplayer social game service for the Korean market later this year.

PopCap World is the first product being developed by the Seattle company’s Shanghai game studio. Here’s an introductory video released by PopCap.

For most of its history, PopCap Games has published games on online sites where players can download games for a fee. PopCap helped pioneer the multibillion-dollar casual game industry by doing so; PopCap’s own games have been downloaded more than 1.5 billion times over the past decade. Lately, it has moved onto new platforms such as Facebook, iPhone and iPad.

With its own massively multiplayer online world, PopCap will have a chance to catch players permanently, not just casually. Operated by NCsoft, PopCap World will feature 13 of PopCap’s top games, such as Bejeweled, Zuma and Plants vs. Zombies — all built exclusively for Korean players. The games will be free to play, with optional premium paid elements to be added later.

James Gwertzman, PopCap’s vice president for Asia Pacific, compared the new virtual world to a theme park like Disneyland. The aim is to offer Korean players an immersive experience. PopCap’s partner, NCsoft, is one of Korea’s biggest online game companies, operating games such as Lineage, Aion and City of Heroes. The trick will be to differentiate PopCap’s titles in a crowded market. The good thing is that PopCap’s games are unique and popular already. They are available on many different sites, but die-hard fans will be able socialize as they play the games in Korea. PopCap has 300 employees and raised $22.5 million a year ago.