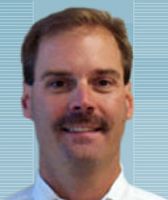 Now, however, there are new opportunities for the next generation of open source companies: Rather than moving into existing fields, they’re identifying new problems and being the first to address them.

Among other things, moving into a fresh market means you can start making money earlier, because you’re adding value sooner, Bearden said.

“Then your ability to monetize is not only earlier, but longer,” he said.

(It would’ve been nice to hear Bearden offer some example companies. Unfortunately, the audience question about this was a bit muddled, and Bearden seemed to just name open source companies in general, not ones on this cutting edge.)

Bearden’s predictions came at the end of his talk about how to build a business model from open source — and how to attract investments. Open source will certainly help you get money from Benchmark; in fact, Bearden said that with a few exceptions, the venture firm will now only fund companies that are either open source or offer software as a service.

The two big themes of Bearden’s talk will be familiar to the open source community. First, he said open source isn’t a business model, just a distribution strategy “to create broad awareness and rapid adoption”. In other words, once you’ve decided to go open source, you still need to work out a way to make money. (Someone in the audience objected that open source is actually a lot more than a distribution strategy, but Bearden responded that for the purposes of your business model, that’s all it is.) The key to that business model is finding the right point where you’ve got a solid (free) basic product, have built up an audience and can start charging for added features or services.

Second, Bearden said, “Community is everything.” The best way to build that community? Start by recruiting the developers.

Bearden repeated that point at the end of his talk, when he was pressed on what exactly Benchmark is looking for when investing in open source companies. His answer: “It depends.”

“What it would depend on is the space,” Bearden said. “We want to see a space approaching that critical mass of community.”