Confirming the previous big hints, Bethesda Game Studios revealed that the award-winning The Elder Scrolls V: Skyrim will debut on the Nintendo Switch.

“The Nintendo Switch is classically Nintendo and something all new, and we want to thank them for letting us be a part of it,” Howard said. 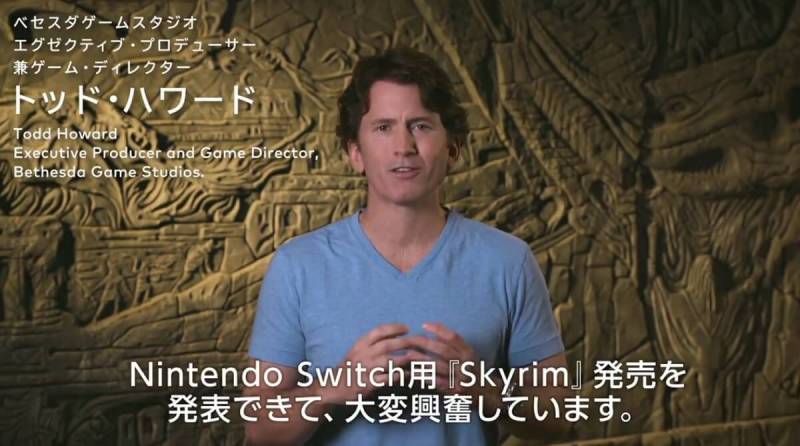 Above: Todd Howard of Bethesda announces Skyrim for the Nintendo Switch.

Skyrim was a huge hit after it was released in November 2011 on Windows, the PlayStation 3, and the Xbox 360. It sold an estimated 30 million copies across all platforms, but it never made it to other Nintendo consoles. It came out in late 2016 on PlayStation 4, Xbox One, and PC in a Special Edition. Now Bethesda is finally bringing it to Nintendo fans.

That’s a sign that Nintendo is reaching out to developers and publishers that it hasn’t had before, and that the Switch is quite capable of running big open world games.