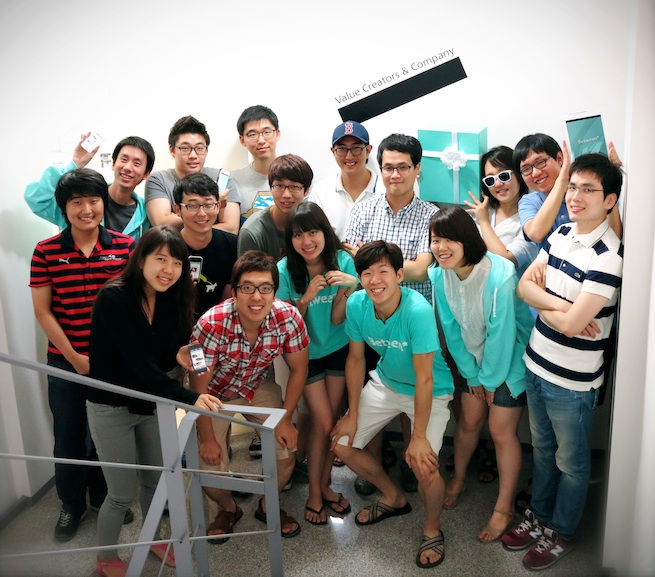 Have you got that loving feeling? Investors seem to. That is, when it comes to Korean relationships app Between, which just received $3 million in its first round of funding.

The app connects you with your significant other and gives you a place to chronicle your relationship. You can add pictures, events, and little status updates onto a timeline of your love. If you break up, the company keeps all of the data alive in its servers for one month (just in case you get back together) and then fully deletes, assuming you guys are really through.

Between hit one million downloads in July 2012 and has since been growing in its country of origin. The company, according to Korean tech blog BeSuccess, has over 2.35 million downloads today, 1.6 of which come from Korea — a country that is no stranger to relationship apps. Edward Lee, the company’s “value innovator,” says people think of Between as a sign of commitment, similar to a ring in the United States.

While it’s expanding its user base, Between is still figuring out a business model. It may one day include printed photo books, and advertising.

Lee explained to me in a previous interview that Between is going to push into the Asian markets before it heads to the U.S. This is plainly because the team believes relationships and mindsets in Asia are more interested in this kind of display of affection. Following through on this, Between is focusing on the Japanese market next, where Lee hopes the country’s penchant for digitizing relationships will lead to big growth.

Then, the team will take on the U.S. market, competing with apps such as Y Combinator’s Pair, and, on a much simpler level, Facebook.

The funding was led by Stonebridge Capital and KTB Network, with participation from Capstone Partners and Softbank Ventures. The company launched in March 2012 and is based in Seoul. It previously received $1 million in a seed round provided by Softbank.

Between team image via Between