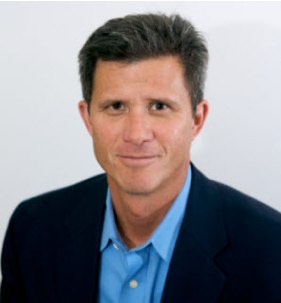 Since I joined Technorati two years ago, we’ve refrained from talking too much about our overall strategy. We’ve announced site re-designs, acquisitions and the launch of our ad network, Technorati Media, but we haven’t taken every opportunity afforded to talk about the company, particularly replying to criticism. But in the next few weeks, we have some big changes coming that will affect bloggers, so we want to give everyone a heads-up.  In addition to the upcoming 2009 State-of-the-Blogosphere, our site Technorati.com will be receiving a complete overhaul.

Trying to boil the ocean and getting burned

Why the past silence? First, in Technorati’s early days, we occasionally talked too much about what we were doing – the downside of trying to be at blogging’s vanguard.  That openness backfired several times, particularly as the company attempted to execute a big idea: index the entire blogosphere, the live web in real-time. We delivered some truly useful services but were not always as successful as we’d have liked; in fact, sometimes we didn’t do well at all.  So we decided to talk less and put our noses to the grindstone.

Second, by the summer of 2007, Technorati was struggling.  We tried to boil the ocean, and burned ourselves in the process.  When we launched in 2003, the blogosphere was relatively manageable, just a few million blogs.  Soon thereafter, the live web exploded into first tens of millions of blogs, and later hundreds of millions.  Spammers discovered free blog platforms and a tidal wave of fake search results consumed enormous resources to fight (which did lead to creating valuable intellectual property to filter splogs).  Also, Google nearly stopped referring traffic to us, creating additional challenges, not the least of which was financial due to decreased traffic.

Further, under the weight of a thousand servers spinning six months of live real-time data, the company was spending too much and hadn’t yet launched a viable business model. Real-time indexing adds several layers of additional complexity – not to mention the difficulties of monetizing it (perhaps a lesson for start-ups chasing real-time…).  While we did some amazing things and attracted a sizeable audience, it wasn’t smooth sailing. We discovered much of our engineering time and resources were being spent firefighting vs. innovating.

Third, we were changing the mission of the company.  Start-ups generally have a revenue get-out-of-jail-free card while they build momentum.  But after four years, we reached the point where we needed to begin executing a revenue-generating model.  When I joined, Dave Sifry and our board knew that online advertising would be the primary model.  I personally felt that Technorati.com’s brand, its blogosphere data, and its relationship with authors and content creators would be a great vehicle to run an ad network focused on blogs and social media.

This last point on our changing objectives is really important context for our users to understand.  Most of what is written about Technorati the company is actually focused on Technorati.com vs. the company’s overall business.  We absolutely take in everything written about Technorati.com; the site is still the world’s largest blog search engine and directory and a critical component of our business.  But it is just that: one very important cog in a larger engine.

As a start-up with limited resources, we continually have to make difficult decisions about where to focus our efforts for the best return.  It’s like the oxygen mask the flight attendant tells you to put on before helping the person next to you: you can’t help anyone if you pass out first.  We made similar choices.

Thus, while we’ve continued to upgrade and maintain Technorati.com, much of our attention this past year focused on building Technorati Media.  And it’s worked: in the 15 months since we launched, Technorati Media has grown into the largest social media advertising network.  With over 400 influential blogs and niche social networks and communities, the network reaches 108 million monthly unique visitors.  We enable marketers to engage with social media at scale by approximating the audience reach of a large social network by offering a cooperative of professionally run social media sites – the same way ad networks offered an alternative to large portals 10 years ago.

Five consecutive strong quarters of performance are now enabling us to re-focus.  If we hadn’t built the media business first, we would have passed out before we could place the oxygen mask on Technorati.com.

What’s next? ‘boiling the ocean’ narrowed to making a great latte

Finally, there are some major changes coming to Technorati.com.  We are literally rebuilding the site from the ground up – almost entirely new code.  We have six years of learning behind us, and have also observed the simple fact that the live web has changed dramatically. Micro-blogging has flourished, a growing class of professional bloggers is more influential than ever, and mainstream media has completely embraced blogging in most of their publishing efforts as audiences have embraced blog content.  Technorati.com is evolving to reflect these changes.

We’re eliminating many of Technorati.com’s annoyances and some features, especially ones people didn’t use enough to justify the cost.  Instead, we’re focusing on delivering the value people really want from us: instead of boiling the ocean to make coffee, we’re aiming to deliver the non-fat soy latte you asked for.

Technorati.com was founded to help people find great blog content; we’re going back to doing that in the most helpful, stable environment possible. I guarantee you’ll see things you like, and a few things that’ll piss you off – particularly some of the things going away.  But we will finally have the time and resources to keep improving it. We’re confident that over time, you’ll come to like a more reliable, more relevant and better community of self-expression and discovery.