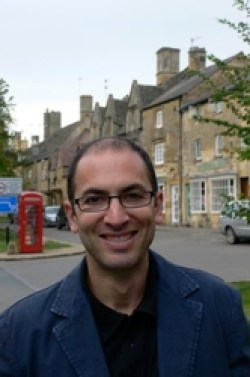 Ehrenberg has been an active New York angel investor for many years, investing in companies like Tweetdeck, Bit.ly, and Buddy Media.

IA Ventures has already made 15 investments, including daily deal aggregator Yipit and pre-launch banking startup Bank Simple. While Ehrenberg was initially raising a $25 million fund from non-traditional sources like prop-trading desks and hedge funds, interest from traditional funding sources like foundations and pension funds caused Ehrenberg to reopen the fund. The fund ended up 50 percent oversubscribed.

“It was amazing,” Vacanti said.

Some industry observers have wondered how seed investors raising bigger funds are going to adjust their investing strategy, Ehrenberg doesn’t believe it will have a significant effect. “Going to $50 million doesn’t change our strategy of seed and early-stage investing in big data,” Ehrenberg told Fortune, “but it does provide us additional capital to “pursue a life-cycle approach to supporting our companies.”