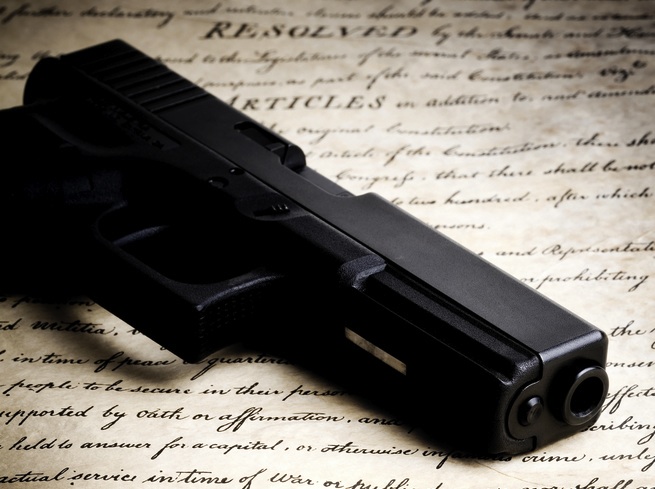 In the wake of the tragic events in Newtown, Conn., The Atlantic writer Marc Parrish called for a basic database to track and flag rapid weapon buildups and suspicious purchases.

“‘Big data’ might have stopped the massacres in Newtown, Aurora, and Oak Creek,” Parrish wrote, and he goes on to argue that tracking and analyzing ammunition and gun purchases would be “trivial” from a technology perspective, in comparison to vast efforts of large marketing departments to understand the buying patterns of current and potential customers.

VentureBeat invited entrepreneur Bruno Aziza and blogger Andrew Brust for a first-of-its-kind debate on whether Big Data is a solution to America’s big gun problem. Which side do you agree with?

Both our experts reference the film Minority Report as the potential of big data goes far further than a database. Parrish argues that “red flags,” or anomalies, would emerge from this pool of data, alerting the authorities to potential suspects. This variety of “precrime” detection is nothing new. As Bloomberg Businessweek reported, predictive analytics technologies are being used by law enforcement agencies to identify patterns of suspicious behavior among ex-cons in Salt Lake City.

So, is the next logical step to build big data tools and technologies to solve America’s gun problem? Or is this a fundamentally flawed premise, which would be rife with false positives? (In the comments section of The Atlantic piece, one gun owner notes that spree shooters use relatively small quantities of ammunition compared to the average enthusiast, and “regular violent criminals, even less.”)

And should technology be part of the conversation, or is it masking larger issues related to mental health and the proliferation of assault weapons?

Yes: But getting the data won’t be easy 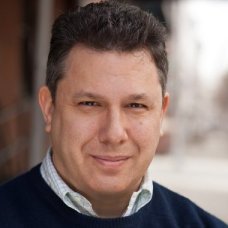 Most monitoring of actions, status, and behavior has big data potential.  That means data around gun and ammunition purchases could be gathered and analyzed, too. It could be used to build predictive models and then forecast who might buy guns and who might use them.

Given historical data about known offenders’ purchases – both legal and illegal – data professionals could perform very useful analyses. For example, questions like “show me all registered gun owners who made five or more ammunition purchases in a 30-day period” become easy to answer. So too would queries to discover correlations and affinities, like “list the top five misdemeanor offenses committed by convicted gun violence perpetrators.” Perhaps more important, the same data could be used to build predictive models.  These models could then be used to analyze activities of nonoffenders and predict candidates for violent activity in the future.

This may sound like something out of the film Minority Report, but the technology is nonetheless quite real.  In fact, queries like those in the previous examples constitute garden-variety analytics work. And given the volumes of data around gun violence, we might not even need recent-vintage big data technology. Instead, the data mining and business intelligence technology that we’ve had for a decade or more would probably work very well.

But this isn’t just a question of technology — it’s a question of privacy, forensics, and interagency cooperation. What purchase data is relevant? And which of it is legal to amass and analyze for nonoffenders? Why would retailers share that data? How would we get agencies like the FBI and ATF to cooperate? Even if we could, how would we get the feds to work with state and local law enforcement?

Given ample data that is clean and consistent, building analytical databases and predictive models on it isn’t that hard. What is hard is getting through the politics necessary to gain access to the data and fostering the cooperation necessary to achieve the data’s cleanliness and consistency.

Corporate analytics projects face the same challenges: Most data in the enterprise is “silo-ed” and the teams who collect and curate it are similarly segregated — and sometimes adversarial. Now, move from the corporate setting to one involving a variety of private and public sector data sources, many of them subject to significant regulation, and you can understand why technology is the manageable part of the problem.

The technology of today can quite likely saves lives in the future, but only if the resulting ethical questions are examined and the hard work of human teamwork gets prioritized and gets done. In the end, this is less about big data and more about commitment, contemplation, careful planning, and political will.

No: It would deliver far too many false positives 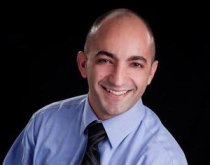 If you are a parent, you can’t help but reflect on the tragedy that hit Newtown Elementary school this December. And as a big data activist, I would love to believe that our ability to store, process, and analyze larger amounts of complex data could help us prevent such anomalies.

But I’m saddened to say that big data can’t solve this nation’s gun control issue or prevent events like the Newtown shooting.

While many have eluded to the potential benefits of a creating a national database of gun owners and better record-keeping for firearm and ammunition purchases, the issue with gun control has little to do with the data we have about the purchasers.

There is certainly room for better tracking: Most U.S. states still don’t require a license to purchase a gun. What if we created a unique ID that each buyer would be required to use when purchasing guns or ammunition? Equipped with such technology, we could reconcile purchases made online or at physical stores and detect patterns across various time periods and locations. This is a problem that we already know how to solve. Every retailer calls it “multichannel” intelligence.

But every retailer also knows that it is practically impossible to understand the usage patterns of a customer. In America, like in many other countries, guns are often purchased as gifts, descended from generation to generation. Buying patterns tell us little about usage. Short of putting sensors on gun owners and their gear, no technology can solve this issue.

What if we created at “killer’s attributes set” and ran its factors across the entire U.S. population? We could correlate attributes of a buyer, potential users, and their habits and aggregate all that data to “pre-identify” offenders, just like the hit film Minority Report. But this would not be a solution to a “big data” problem; it would be a “no data” problem because the data required to complete this set is currently not tracked anywhere.

Assuming that we could solve this issue though, I can’t help but think that such methods would be highly contested. On the simple issue of regulation, progun pundits deny the correlation between Great Britain’s stronger gun control laws its lower murder rates. It’d be hard to convince them of the validity of a highly correlated attribute set.

Moreover, as a society, we were to come to an agreement and open up free access to such personal information, who would be the guardian of the data? Who would guarantee that the models used for “precrime” wouldn’t be manipulated for some government’s benefits?

The debates I’ve read on gun control have been far from rational: They are punctuated by personal attacks, tales of conspiracy, and false debates around data justifying the need to own guns for protection. The fate of this issue rests in your government and its leadership. Big data can’t help here, I’m afraid.

Do you agree with our experts? Please weigh in with your thoughts in the comments section.