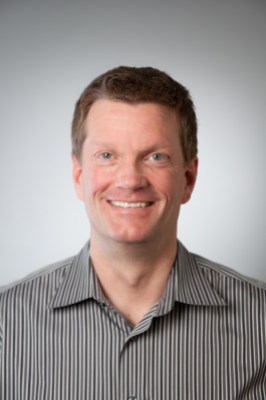 Size does matter. When it comes to storing and processing gargantuan volumes of data, NOSQL can play well. HBase is Hadoop’s NoSQL database — it is the most talked-about in big data circles. (Fun fact: Hadoop is an open-source project that was invented by Doug Cutting and is named after the stuffed toy elephant of his son). Hadoop is still reaching maturity, but a company called Cloudera has emerged to lead the enterprise push, basing its product on Hadoop technology. Here’s why Cloudera made our list:

It has a rock-star founder: Jeff Hammerbacher, the company’s chief scientist, regularly appears in lists of the most promising young entrepreneurs. As a 23-year-old math genius, Hammerbacher arrived at Facebook when the company was still in its infancy. At the social network, he used Hadoop to reveal insights about user behavior. He would later start Cloudera to bring the benefits of this technology to the enterprise. Early advisers at Cloudera include the founders of the Hadoop project, Doug Cutting and Mike Cafarella.

It is using big data to improve your health: Expect Cloudera to drive more innovation in health care, an industry that could vastly benefit from data-driven insights. Hammerbacher has taken an active interest and is an adviser to health-care accelerator Rock Health. In addition, Mike Olson, Cloudera’s CEO, told me that one of his favorite customers is Explorys Medical, which collects vast volumes of patient information in a database and reveals new insights about treatment, quality of care, and which medical tests are most effective. “This is a serious big data problem with lots of information in great variety, prescriptions, images, doctor’s notes, literature about diseases, and so on,” Olson said. “You could share that information among all the doctors to drive quality of care.” Read more about how the genome entrepreneurs that are using your data to elongate the average person’s lifespan.

It is loaded: Did I mention that this Bay Area-based startup has $76 million? 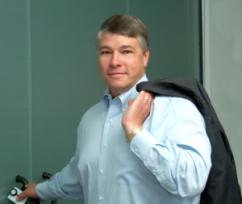 In data circles, ParAccel has a reputation as the lone wolf, although observers are convinced that its time on the singles circuit won’t be for long. For now, it’s pushing innovation at a startup’s pace. It burst on the scene last year after putting its analytic database into the hands of U.S. law enforcement agencies. Using data from ankle cuffs and other sources, it tracked the behavior of 15,000 ex-cons — and alerted officials about a potential crime. Here’s why ParAccel made our list:

It’s proud to be scrappy: While its major competitors (Vertica, Netezza and so on) have been snapped up by the likes of HP and IBM, ParAccel says it intends to remain independent. According to the company, the value of being small is that you can offer flexible pricing on a deal-by-deal basis.

It’s a “pre-crime” pioneer: Last year, ParAccel partnered with SecureAlert to calibrate data from the ankle cuffs of recently released criminal offenders. Using ParAccel’s analytics tool, SecureAlert was able to identify patterns of suspicious behavior and alert the authorities. It’s highly reminiscent of the film Minority Report’s precogs: In fact, the company told Bloomberg that this is real-life “pre-crime detection.”

ParAccel disputes the Hadoop myth: ParAccel’s CEO Chuck Berger said that too many startups are working with a flawed logic: “big data = unstructured data = Hadoop.” He explained, “There is no question that there is an explosion in unstructured and semi-structured data, but the growth in structured data is exponential as well.”

For Berger, Larry Ellison is a hero: Berger told me that he’s been fortunate enough to work with Steve Jobs at Apple, but he’s equally inspired by Ellison (Oracle’s CEO) because of his ability to crack the “complex database” problem. Berger said of Ellison: “He created a great company from the ground up, as many of the principles we now accept as ‘table stakes’ were being developed and successfully competed against giants like IBM from the start.” 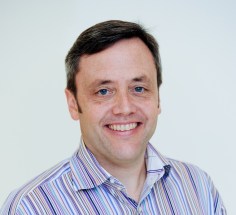 QlikTech is the provider of Qlikview, a self-service business intelligence tool that you can use in a wide range of fields, such as scientific research or art. It was founded in Sweden in the late 90s, survived the dotcom bust, and held its initial public offering in 2010. Today, the company has 26,000 customers and is estimated to be worth over $2 billion. What’s relevant and cool about QlivView today?

It’s working with Google to put big data software into the hands of developers:  With Google’s recent launch of Google BigQuery, developers can gain insights from massive amounts of data without any hardware or software. To help developers with the analytics portion, QlikTech stepped up to develop a dashboard that visualizes and crunches millions of rows of data.

Too many startups are focused on the “if you build it, they will come approach”: “The trouble is that working with big data requires a specialized skill set and level of technological sophistication that ordinary business users don’t have,” Jeff Boehm, a vice president at QlikTech, told me. The company’s mission is to help nontechnical types use data in their ordinary working lives.

Its CEO is the second Swede to ever “push the button” on a NASDAQ IPO: CEO Lars Björk CEO told Wired that it was one of those moments where he had to pinch himself. “This little company from Sweden was now all over billboards in Times Square — a pretty phenomenal experience.” He also took the opportunity to advise young founders to stay humble: “Don’t be a Mr. Know it all.”