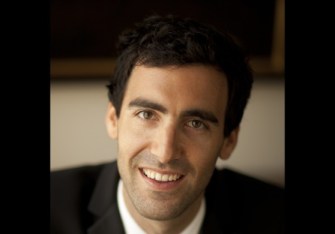 Kaggle wants to “make data science a sport” and hosts competitions that challenge the world’s best researchers and statisticians. The idea is that the brightest minds can work together and/or compete against each other to produce complex algorithms and sophisticated solutions that use “big data” to further human understanding. The incentive? “Fame, fortune, or fun.” Here’s why Kaggle made our list.

Its findings will blow your mind: While most enterprise companies are afraid to move beyond their jargon-filled safe haven, Kaggle is not afraid to push buttons. Sponsored by the Hewlett Foundation, the essay-scoring competition revealed that an algorithm is no less reliable at scoring essays than the average human grader. This caught the attention of a reporter from the New York Times, who wrote a highly critical response.

The competitions are proving that algorithms are smarter than you ever imagined: In another competition hosted on Kaggle (sponsored by the Online Privacy Foundation), researchers found that you can use Twitter to detect signs of psychopathy. Most recently, the company helped Merck predict the toxicity of chemical compounds based on their molecular structure.

Its founders are whip-smart but personable: Twenty-eight-year-old founder and CEO Anthony Goldbloom (pictured) can always be counted on for a dose of refreshing honesty. Unlike most founders, he admits that raising funding “was one of the hardest things I’ve ever done,” and says that it’s still early days for big data. The greatest challenge, he explained, is “the market’s level of sophistication in thinking about data despite all the buzz.”

From its early days, GoodData made the promise to its customers that it would help them extract dollars from their data. The company is interesting as it markets to business users (sales, marketing, business development) and bypasses IT executives. It was a bold move, one that appears to be paying off — the company recently raised $25 million led by Andreessen Horowitz for its third funding round.

It’s got crazy momentum: The company has more than 6,000 customers, which include Groupon, Zendesk, and Mint.com. In the second quarter of this year, bookings grew by 280 percent on a year-over-year basis. Last year, CEO Roman Stanek told me the company grew its revenues by a mammoth 600 percent.

It deliberately circumvents IT: “The only way that innovation gets into the enterprise is through business users,” said Stanek in a phone interview with VentureBeat. The cloud-based analytics service brings operational dashboards, metrics and performance reports, data storage, analytics, and collaboration tools to business users.

It’s tough: In 2007, the startup tried to raise money the day Lehman Brothers collapsed. “I like to think that tough times breed tough companies,” Stanek said. 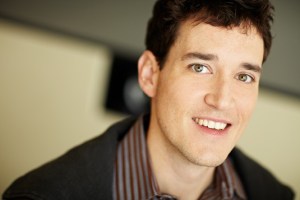 This company made our list not just because it bought a shipping container from Oakland and commissioned Apex, a famous graffiti artist, to scrawl “big data” across it (see the top image in this story). TellApart is the brainchild of ex-Googlers Josh McFarland and Mark Ayzenshtat. They are working with e-commerce companies to help them increase revenue by analyzing and targeting potential buyers based on their browsing behavior. It has $17.75 million in venture capital funding.

TellApart is making real revenue for its customers: “We build hardcore systems that tackle big data challenges for the likes of Nordstrom and Bed Bath & Beyond, and for that, we’re rewarded handsomely,” McFarland, the company’s CEO, told VentureBeat. It is also working with smaller or niche online retailers like eBags and Bellacor.

TellApart wants us to embrace big data: TellApart says that human-driven business rules are no longer sufficient. “Creating self-training algorithmic systems is the only way we’ll make use of it [data],” said McFarland.

It’s making those annoying Facebook ads more relevant: TellApart found that shoppers were 100 times more likely to click through a Facebook ad and buy a product from Shoebuy (one of the company’s clients) if they’ve looked at a similar item recently. On the Facebook Exchange, TellApart can match the exact pair of Vans you were interested in to the ad you see on Facebook. For Shoebuy, 12 percent of users will click through — which has dramatically increased the company’s bottom line.

The founders left with Google boss Larry Page’s blessing: McFarland told me he pitched an early version of the idea to Page, his former boss, during a flight. He said, “That’s a good idea. Google probably could not pull it off.”