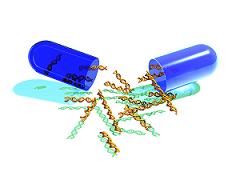 Medical treatment that’s tailored to your individual genetic profile — “personalized medicine,” for short — has been a long, long time in coming, as I’ve noted here and here. Part of the reason, of course, is that personalizing medicine cuts against the economic interests of major players in the medico-industrial complex, particularly the large biotech and pharma companies whose business models have long been based on the prospect of getting as many patients as possible to take large doses of their drugs.

So what to make of yesterday’s news that seven major drugmakers are joining academic researchers to study genetic variations that might make patients more susceptible to side effects? At first glance, some of the coverage suggests that the industry is rethinking its passive-aggressive opposition to personalized medicine, thanks in part to a bit of a nudge from the FDA. Take, for instance, this AP story:

Dubbed the International Severe Adverse Events Consortium, the project will use genetic data to try to design safer drugs and to identify patients at risk of dangerous side effects because of a variation in their genetic makeup.

“This is what personalized medicine is really about, finding out for the individual, not just the general population … what their risks are,” said Dr. Janet Woodcock, deputy commissioner for operations at the Food and Drug Administration, which is under growing pressure to ensure drugs are safe. “Up until now we’ve been kind of helpless” in dealing with adverse effects, she said.

Or this, from the NYT story linked above:

Seven of the largest pharmaceutical companies have formed a group to develop genetic tests to determine which patients would be at risk from dangerous drug side effects.

The new group, the International Serious Adverse Events Consortium, is one of a wave of cooperative research efforts sweeping the drug industry, as companies come under pressure to cut costs and increase their success rates in developing medications. The Food and Drug Administration has encouraged the formation of such groups.

First, this is clearly a worthy effort, no matter how late to the party it might seem. Whatever your feelings about the drug industry, anything that might spare patients from severe drug side effects represents a step forward — not just for those who can avoid dangerous health complications, but also for the people who might be put at risk when a drug that could help them is withdrawn for safety problems that are unlikely to affect them.

Second, though, it’s telling to me that one of the first major industry-wide personalized medicine efforts should focus specifically on rare side effects, since it is exactly these sorts of safety problems that pose the biggest threat to the blockbuster-drug model in the first place, as discussed here. (Put briefly, a blockbuster drug by definition is taken by large numbers of people, for long periods of time, or both, which inevitably increases the chance that safety problems will emerge.) Anything that reduces drug toxicities — specifically serious problems such as heart attacks, stroke or nasty immune reactions — also improves the odds that blockbuster products can stay on the market.

In other words, while it’s great to see the industry tackling its safety problems head-on, this consortium isn’t exactly evidence that Big Pharma (or its Big Biotech counterpart) is any more willing to adopt personalized medicine in a comprehensive way. Sure, maybe we’ll see future consortia start to address the questions of why so many drugs still only seem to work for a fraction of the patients who take them — a step that would, if successful, necessarily result in the narrowing of markets for many of these drugs, even though it would also boost public confidence in drug efficacy. Will biotech/pharma embrace that logic? I’m not holding my breath.

Pharmalot and the WSJ health blog have more.