Big Stage wants to popularize 3D avatars based on pictures of your own face, and it looks more likely to do a good job of it than any other startup we’ve seen so far, comparing favorably to JibJab, the most popular site yet to feature animated avatars.

On JibJab, you can paste a picture of your face into a video of, for example, a man who’s disco dancing. It’s silly and fun but has all the artistry of baby Ike in South Park — essentially, your face is just a still cut-out bobbing around the screen. If it were any less ridiculous it would stop being amusing and just be pathetic. (And, to be fair to JibJab, it’s more focused on creating amusing content than technology.) 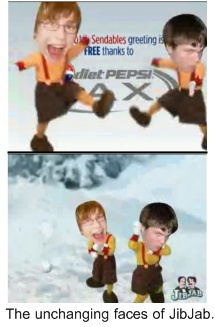 For Big Stage, imagine much the same thing, but with a face that can move, change expressions and be shown at different angles. Game publishers have specialized methods to do just that, so that they can base their animations on live actors, but achieving the quality they need is prohibitively expensive. Big Stage says it can do the same thing for next to nothing.

For Big Stage to create a 3D model of your face, all it needs are three face shots taken by a standard digital camera, from three slightly different angles. From the pictures, the company’s software can extrapolate a working, moving animation of your face.

From there, it’s easy to imagine the possibilities. Your face could be placed in e-cards as JibJab does, or in longer videos, or in video games. Still shots could be used as avatars on social networks or for other applications yet to be dreamed up by developers. Marketers might also be interested — what better way to advertise than having your target audience inserting pictures of themselves into your ads?

Other startups like BeFunky have tried to make a business out of creating flat 2D avatars, and a competitor to JibJab called Gizmoz tries to make 3D avatars from a single photo, but their attempts generally fall short. “We blow them out of the water on two levels,” says CEO Chuck Huebner, speaking of his own company’s ability to build a full 3D model and make it perform in various scenarios. Huebner himself is obviously bullish on Big Stage’s prospects, having left his position in charge of all game development at Activision to work at the company.

Big Stage hasn’t yet shown its technology fully; it plans on launching in mid-March. It’s so far taken $4.3 million from Mission Ventures and is in the process of raising a second round with a target of $10 million. The company is based in Pasadena, Calif. 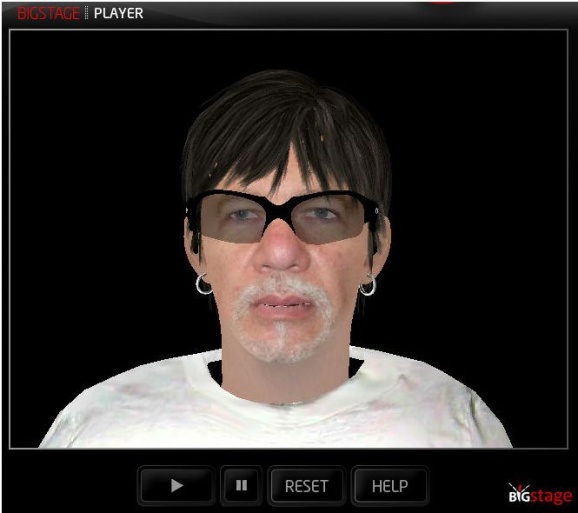