The New York-based startup has built a solid reputation in the personal finance realm over the past few years with an app that lets consumers track their card transactions and receive alerts for billing errors, hidden fees, and scams. Much of the data comes from its community of users who flag any “bad” charges they receive. 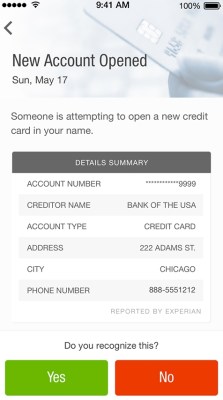 Now, paid users will be able to access a slew of new features through BillGuard, including:

Identity theft is a huge problem, and it’s rarely out the headlines. A recent study by Javelin Strategy & Research suggests that nearly 13 million people in the U.S. fell victim to identity fraud in 2014, leading to $16 billion worth of losses.

Though BillGuard has been an entirely free service for a while, an earlier incarnation of the offering was freemium, costing $45/year, or $4.99/month, which let users link more than two bank cards to their BillGuard account. The return to freemium with the latest update to its iOS app (Android coming soon) is indicative not only of the company’s need to monetize, but also the current state-of-play in the online security realm — people are willing to pay for peace of mind. 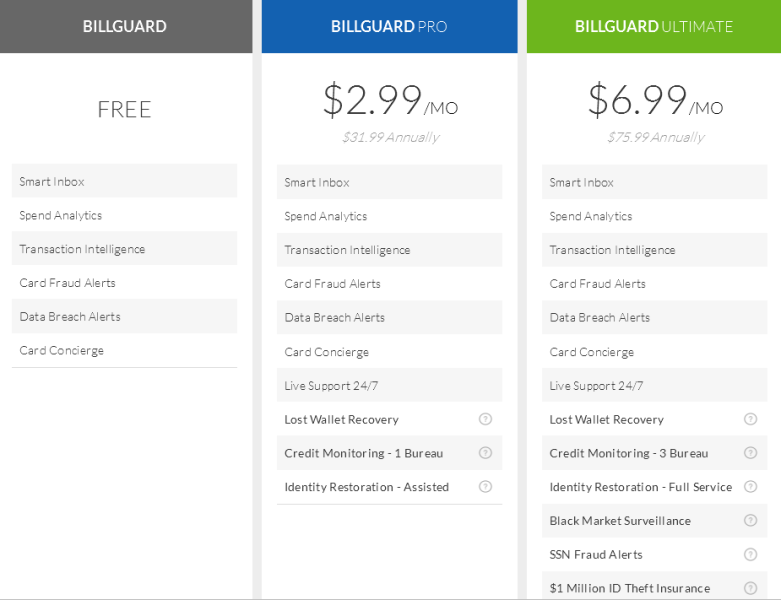 Though there are similar services out there already, BillGuard is looking to undercut the incumbents. LifeLock, for example, has three plans ranging from $10/month all the way up to $30/month. There are slight differences in the services offered, but they are largely in the same ballpark as BillGuard.

For help with the distribution of BillGuard Pro and BillGuard Ultimate, BillGuard is turning to security company Symantec, which will target consumers who already use Symantec’s Norton security software. For the new credit-monitoring feature, BillGuard is using a third-party service called CSID, which provides monitoring across three of the main credit bureaus: Experian, Equifax, and TransUnion.

The new identity theft protection service is restricted to BillGuard for iOS for now, but will be landing on Android soon. It’s also worth noting that BillGuard has pulled its service from international app stores until it is able to offer its credit monitoring feature in all markets — those outside the U.S. who already have the app installed, however, will be able to continue using the app as normal.