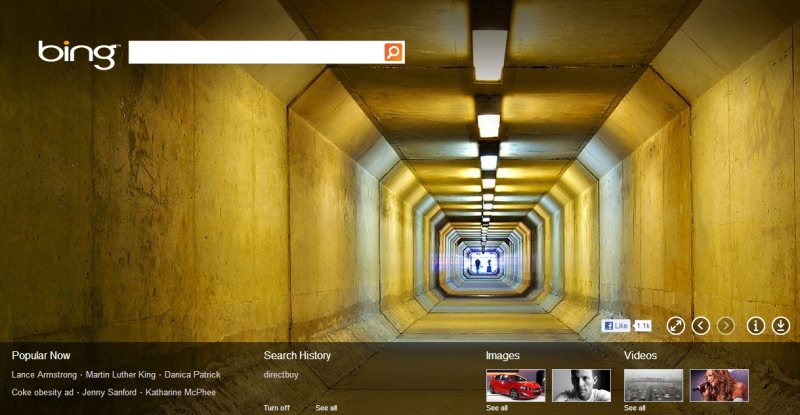 Facebook announced its ambitious new Graph Search this morning, but even more intriguing to me was a slightly minor side-announcement: The company is also relying on Microsoft’s Bing for web searches within Facebook.

Bing already integrated Facebook into its social search function last year, so it makes sense that Facebook looked to Microsoft when it needed a search partner. The deal can be traced back to Microsoft’s strategic $240 million investment in Facebook in 2007, which has led to a close relationship between the two companies. With Google as a common enemy, Facebook and Microsoft need to show a united front when it comes to search and social.

“We have a great partnership with the team over at Microsoft, and this highlights the difference between Graph Search and Web Search,” Facebook founder and chief executive Mark Zuckerberg said at today’s event. “We want to make search social, and that’s how Bing is doing it, and Graph Search is something totally different.”

Bing results will pop up whenever you search for something within Facebook that’s not on the social network. Bing will also power data like weather.

While Bing was the butt of many jokes when it first appeared, it has matured into an intriguing search engine that differs quite a bit from Google, with a focus on design and striking photos. Google practically stole Bing’s photo idea when it added wallpapers to the Google search homepage.

But try as Microsoft might, Bing still holds only 16.3 percent of the U.S. search market, compared to Google’s 66.7 percent, according to the most recent data from Comscore. Bing has also powered Yahoo’s search in the U.S. since 2010, and it’s on track to completely replace Yahoo’s search globally.

By putting Bing right within Facebook, Microsoft will have access to searches from the social networks’ more than 1 billion users. And perhaps the best thing for Microsoft is that most of those users likely won’t even realize they’re making a Bing search. Without Bing’s stigma holding it back (many consumers may still find a Microsoft search engine “uncool”), it will likely end up generating a significant amount of search traffic via Facebook.

One journalist at today’s event asked if Facebook had considered a similar search deal with Google. Everyone in the room, including Zuckerberg, erupted into laughter. Zuckerberg later added that he would love to work with Google — but it doesn’t sound like that’s going to happen anytime soon.