Japan’s Mt. Gox is the largest exchange in the world for Bitcoin, but it had been having trouble making headway in the United States. So it will move operations to a U.S. company that might be able to attract more Americans. Seattle-based CoinLab has a partnership with Silicon Valley Bank and is backed by $500,000 in VC funds, which will help lend credibility to the service.

“There are two major difficulties Bitcoin exchange customers have traditionally faced: banking troubles for the underlying exchange, and security of their coins,” CoinLab CEO Peter Vessenes said in a post announcing the move. “Since we believe in Bitcoin, we’d like to solve these problems.”

Check out Bitcoin price movement this week on Mt. Gox in the chart below. 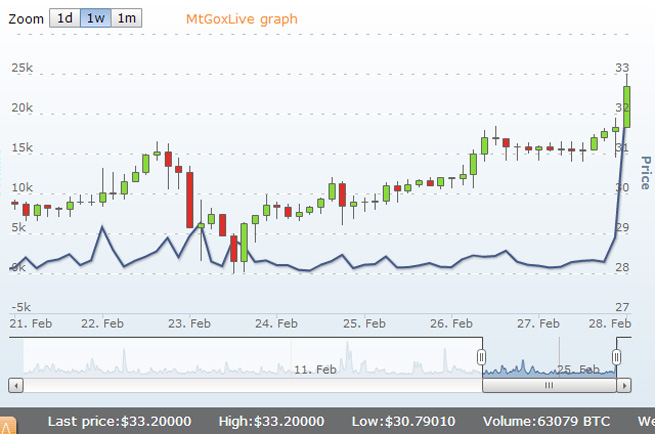