BitTorrent today updated its file synchronization app to version 2.3, adding a handful of new features for free and Pro users. You can download the latest release now from getsync.com.

BitTorrent’s goal with Sync is simple: Move large amounts of data directly and efficiently between devices without leaning on a cloud service. After introducing the product in April 2013, BitTorrent eventually released Sync out of beta in March 2015, while also debuting Sync Pro, a premium edition of Sync priced at $39.99 that adds new functionality not available in the free version. 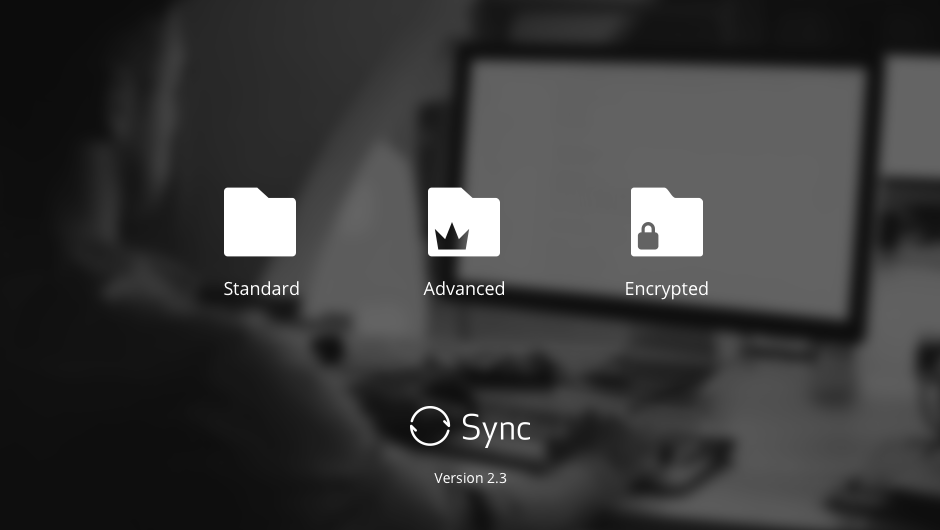 First up, Sync 2.3 brings the ability to run the app as a service on Windows. This lets you run Sync automatically in the background regardless of whether a user is logged in, which can be particularly useful for server use.

Next, Sync now lets you move data to and from an SD card on Android devices (Lollipop or higher is required). This is great for accessing additional storage on your mobile device, as well as backing up your files stored on SD cards.

The most technically taxing feature, however, is probably the new encrypted folder option. As BitTorrent explained, “having your data stored anywhere on third-party infrastructure can be concerning.” As such, this new option lets you encrypt your data at rest on any location you designate. 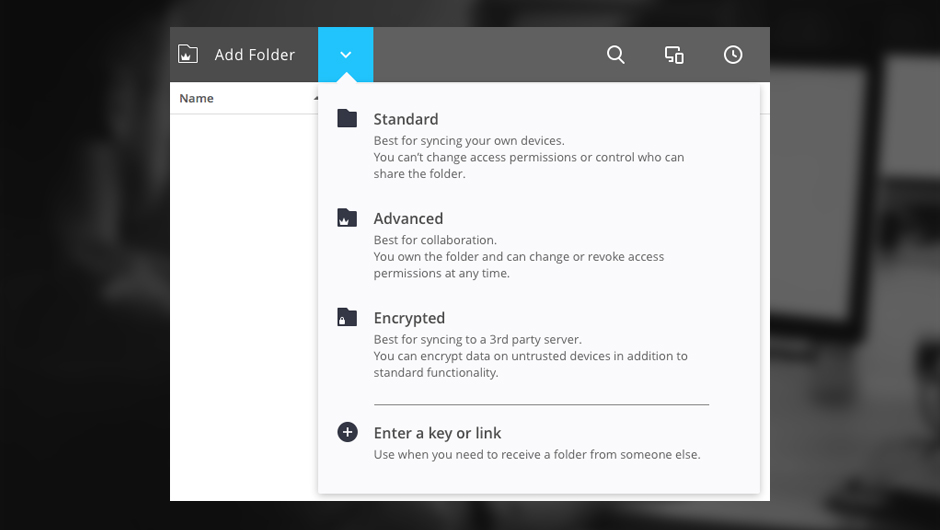 BitTorrent envisions the feature being used by sharing to read-only nodes (to show demos to clients or as an offsite backup) without providing direct access. Alternatively, power users can also use multiple encrypted folders to increase the reliability of their peer swarm.

When data is being moved, clear-text (read-write and read-only) peers encrypt data using a Storage Key before sending it to an encrypted peer. Data is always encrypted while in transfer using a Session Key. 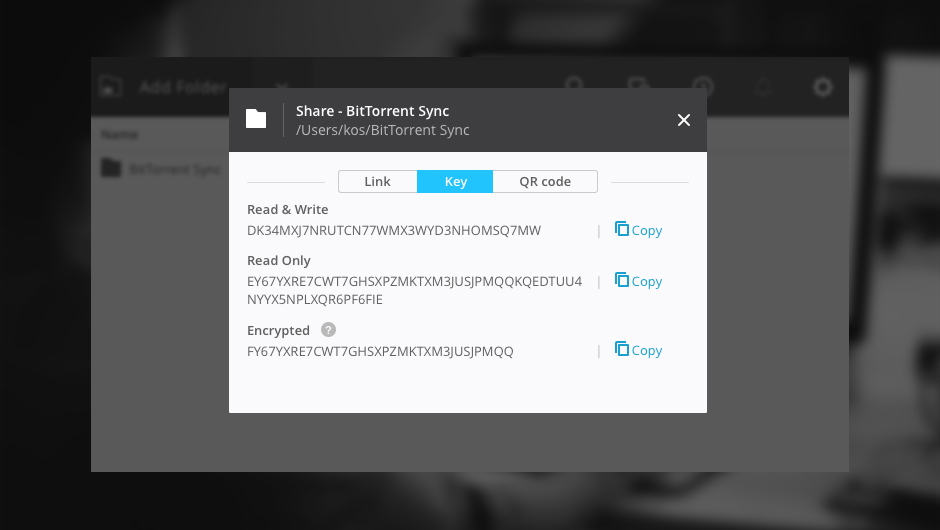 When two peers that can decrypt data (read-write and read-only peers) talk with each other, they establish an AES-128 encrypted channel between them and send data through this channel. When an encrypted peer talks with a clear-text (read-write and read-only) peer, in addition to the encrypted AES-128 channel, the clear-text peer encrypts data with an AES-128 Storage Key before transmission. In other words, when an encrypted peer receives data from the channel, it is still AES-128 encrypted.

New features aside, BitTorrent also redesigned the “Add Folder” flow in the hopes of making it easier to enter keys and to provide more information about different folder types. You can also now change the folder path when data has been moved. The usual bug fixes, performance improvements, and a new design for advanced preferences are also included.

All of the above is available in the free version of Sync. That said, Sync for Linux has gained selective sync, but only in the Pro version. The feature, which is already available in the Windows and Mac versions, lets you download only the files you need without having to replicate entire folders.

Last but not least, BitTorrent today also reminded its fans that a Sync-based file replication product is still in development for larger-scale deployments. Last we heard of this product, which is largely targeted at IT departments, it was scheduled for a 2015 release.

Obviously that didn’t happen, though BitTorrent did announce today that it is now accepting a second round of participants into its Sync IT Alpha Program and that it has been working with early adoption enterprise customers across retail, education, media, municipal, and “other verticals” to refine the app’s feature set, as well as improve speed and reliability.