BitTorrent today outlined the company’s plans for its file synchronization tool Sync. Next year, the company will launch Sync 2.0, finally taking the product out of beta, as well as three new Sync products.

Ever since its debut, Sync has provided a wide variety of solutions to various problems, BitTorrent says, from distributing files across remote servers to sharing vacation photos. Yet there are three significantly different Sync use cases that have become particularly popular, according to the company: 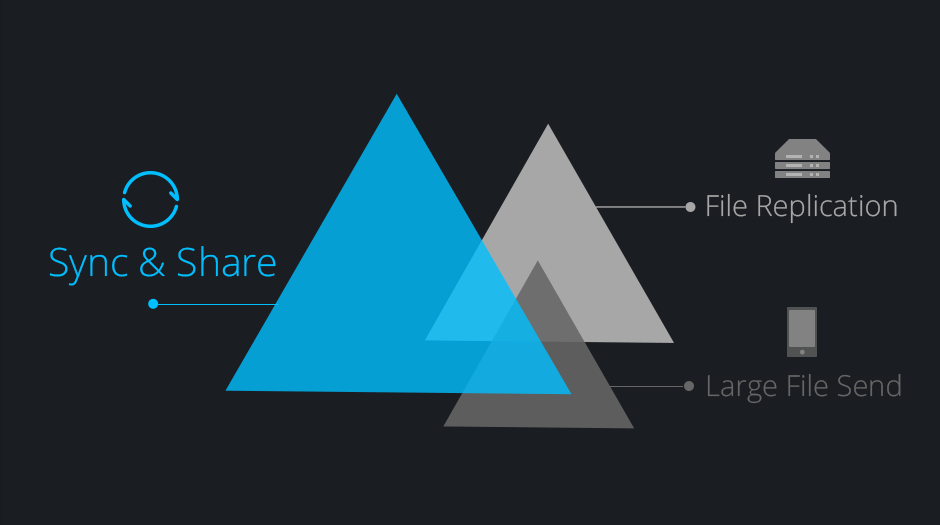 BitTorrent thus believes it needs to build three distinct products for each of these separate audiences. “Sync is now being treated as a portfolio,” Erik Pounds, BitTorrent Sync’s VP of product management, told VentureBeat.

Pounds said that Sync Pro is “aimed at individuals who have large amounts of data and work in collaborative environments,” possibly as part of collaborative professional workgroups. New capabilities include having access to very large folders on-demand, controlling ownership and permissions for shared folders, and automatically keeping information consistent across desktop and mobile devices. 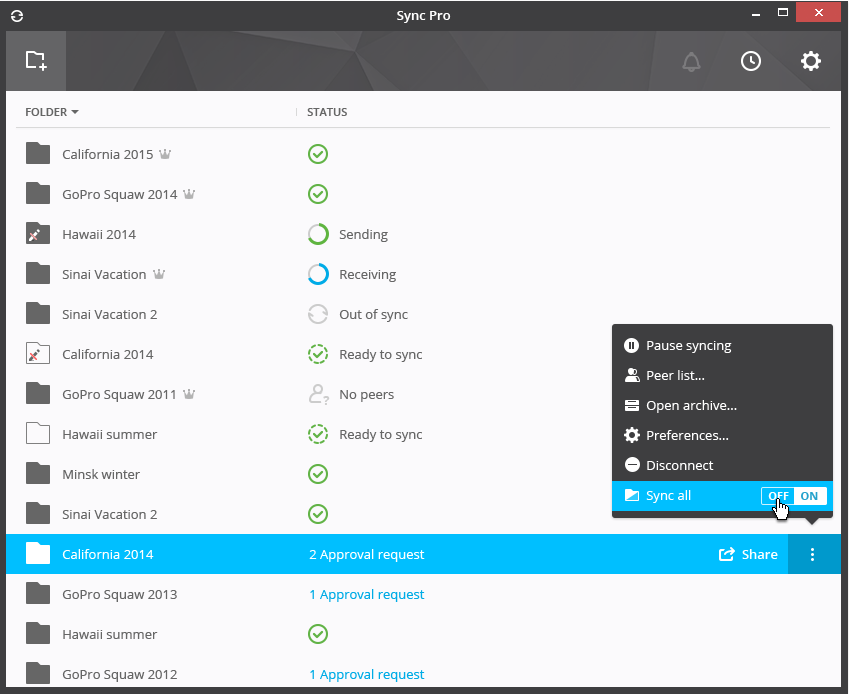 The first capability means that your device will no longer need to have a large capacity for you to view the contents of a large folder. If you want to access a 2TB folder on your Android phone that only has 16GB of space, you’ll be able to do so with Sync Pro.

The second capability lets you set ownership for a folder, change the level of permissions, designate others as owners, and even revoke access to later updates. Sync already lets you set read-only and read-write permission, but Pro will take that further, all without having to set up an account and password. 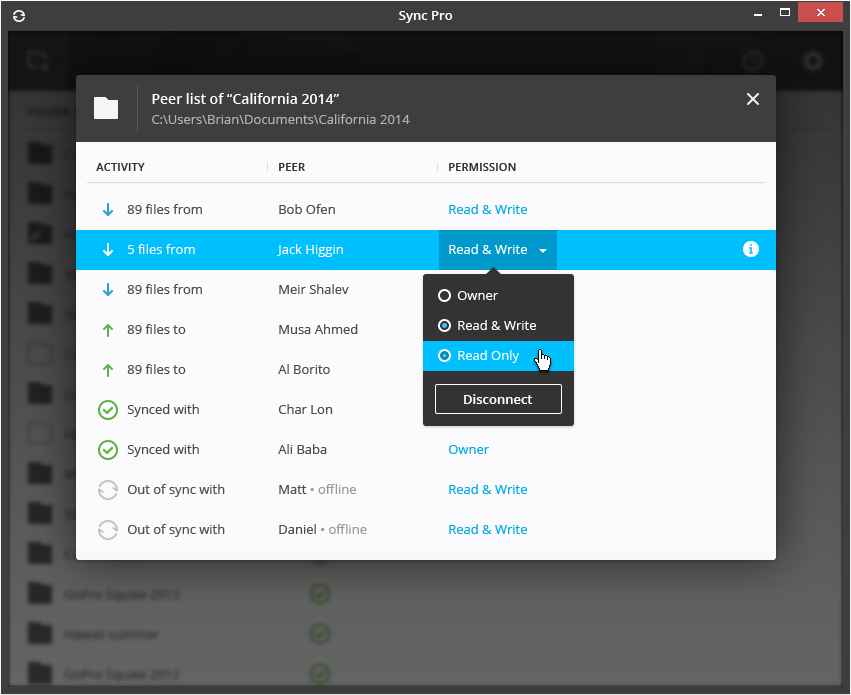 “Since Sync’s distributed technology bypasses the cloud, it means we do not have to invest in building big data centers to hold tons of servers and storage,” Pounds said in a statement. “This allows us to deliver a Pro version of Sync that’s very competitive on price.”

That’s not the only factor that distinguishes Sync Pro from cloud storage services, as BitTorrent wants to emphasize: 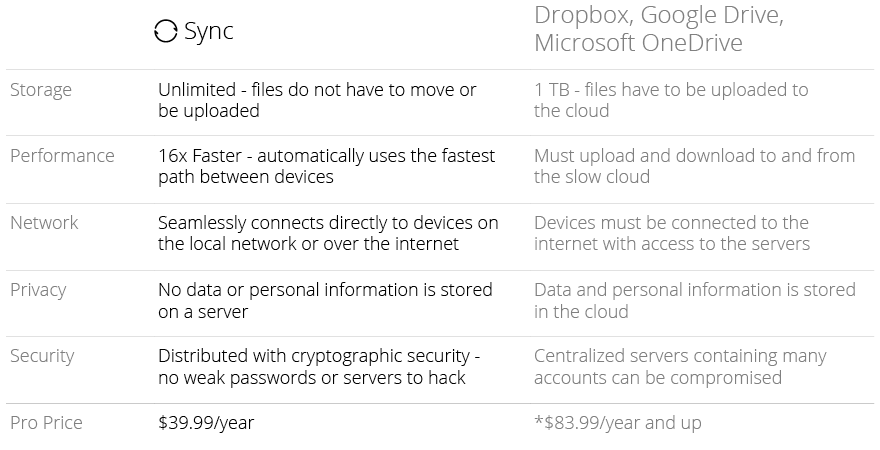 Most importantly, Sync doesn’t do any throttling, and so neither will Sync Pro. You’ll thus always max out your connection (though your ISP can of course throttle directly, just like for anything you upload or download).

Pounds said the company is aiming to have Sync Pro ready for release in Q1 2015.

This new Sync product doesn’t have a name yet, but it’s largely targeted at IT departments. It’s aimed at the second use case: moving files across devices that you control.

The free version of Sync is currently limited to 50 peers. Pounds said that the company has managed to increase that threshold so the tool can handle up to 1,000 devices.

Scenarios might include administrators needing to replicate files between devices on a private network or rolling out new websites to front-end servers. This new product, BitTorrent says, will give IT admins a powerful solution to deploy, manage, monitor, and scale Sync operations.

Pounds said the company is aiming to have this file-replication version of Sync available sometime in 2015, but only after Sync 2.0 and Sync Pro launch.

Think of this third Sync product as a cross-platform AirDrop. Apple’s ad-hoc service is alright if you want to send large files from one iPhone to another, but what about if you don’t have an iPhone, or if you want to share between an iOS device and another mobile platform?

Earlier versions of BitTorrent Sync for mobile devices had a mobile-to-mobile feature. Unfortunately, BitTorrent removed the functionality with the release of version 1.3 in April because it “didn’t align with where Sync was going” Pounds said. 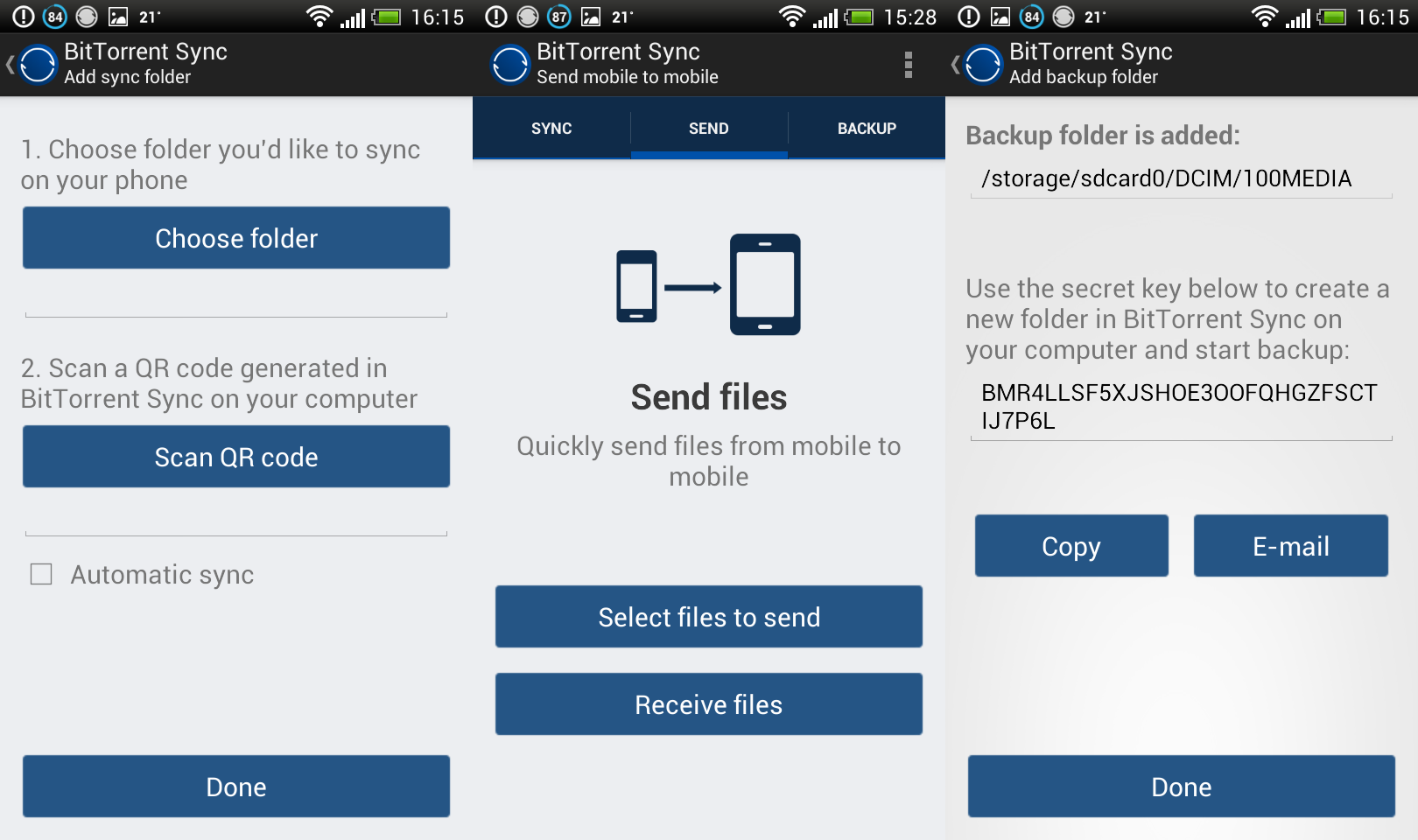 Now the company says it is taking that functionality, enhancing it, and bringing it back as its own app for sharing videos and large collections of photos from one device to another. Since the app is based on Sync, it not only efficiently moves files directly from device to device, but also will work on Android, iOS, and Windows Phone.

Pounds said the company is aiming to have this large-file-sending mobile version of Sync available in the first half of 2015, likely after Sync 2.0 and Sync Pro launch.

What about the free version of Sync? BitTorrent insists that it will continue to improve the original Sync tool. Pounds promised that Sync will not suddenly become a trial or a preview for the paid products.

The free edition will be getting improvements over what’s already available in version 1.4, which was released in August. We pressed the company for what users can expect in Sync 2.0, aside from the product officially going stable.

While a full changelog isn’t yet available, here is what BitTorrent is promising:

A quick recap: Sync 2.0 and Sync Pro are being released in Q1 2015, followed by the large-file-sending mobile product and the file-replication product.

BitTorrent first launched Sync in April 2013 with the hope of letting users send large files without using a cloud service. This was followed by a relatively short alpha phase and a much longer beta phase, which is now almost coming to a close.

Yet before that can happen, BitTorrent is planning to release an alpha build of Sync 2.0. Users will be able to try the new functionality, test some of the new features (including those in Sync Pro), and provide feedback. We’ll let you know when it’s available.

Update: BitTorrent has clarified that the large-file-sending mobile version of Sync may or may not end up being a paid product. The monetization model has not yet been decided.