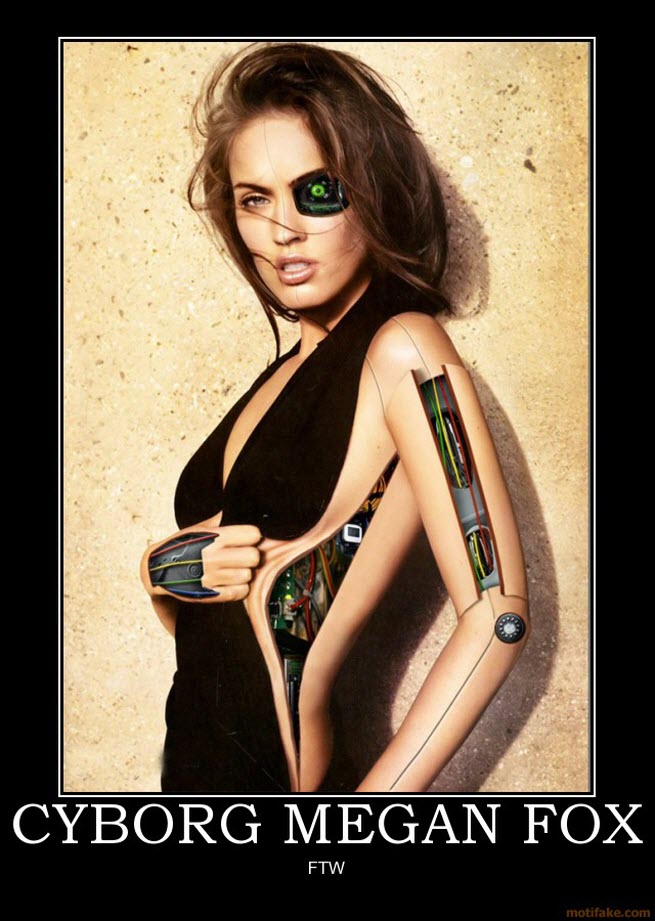 Do you want legs that let you jump 10 feet high? Or a body that “impresses chicks”? Or a brain that can be electronically pulled back from extreme depression? Computer experts of today think that the day will be coming when human cyborgs will be possible?

Two computer-savvy medical students, who noted they were not doctors, gave the presentation at the Defcon hacker conference on Saturday. Christian “Quaddi” Dameff and Jeff “Replicant” Tully (pictured below right and at bottom) said that the day is not so distant when we will be able to “mod” our organic bodies with inorganic mechanical and electronic materials that enhance our augment our basic abilities. They refer to the coming era of human augmentation as “transhumanism.” The subject, which they illustrated with the above picture of actress Megan Fox of Transformers fame, is a controversial one that brings up questions of ethics of technologists who can make the worlds of sci-fi movies such as Blade Runner, where “replicant” cyborgs imitate humans, come to life. 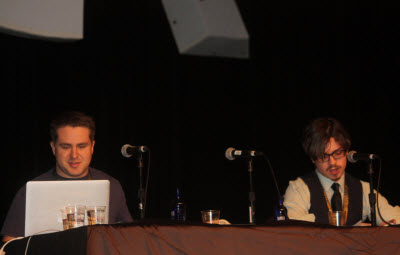 Human enhancement has had a long history, since study of human prosthetics began in the 1500s. The first artificial heart was surgically inserted into a human in 1982.Gene therapy augmentations began in 1990. The first 3D nano structure was created in 1991. In the 1990s, microprocessor-controlled knees arrived.By 2008, the Olympic Committee had to consider and reject a race entrant who had artificial legs.

Drugs such as Adderal can be used to enhance human concentration and treat conditions such as attention deficit disorder. But the potential for abuse is huge. And if you consider the idea that the “mods” in our bodies will be hackable, it’s important to think about all the

Nanobots are more conceptual, though they have taken baby steps in the lab, Tully said. In the not so different future, doctors will be able to create artificial legs that are more efficient at kinetic energy use and are therefore better than the real thing.But the value of a mod has to outweigh the pain the occurs when putting it in. In 2004, a Verichip ID was approved by the FDA to be put into the human body was a radio frequency identification chip. The RFID chip had to be pulled off the market.

“You’ll be able to jump feet,” Dameff (pictured below, left) said. “Will you want to replace your legs to do that?” 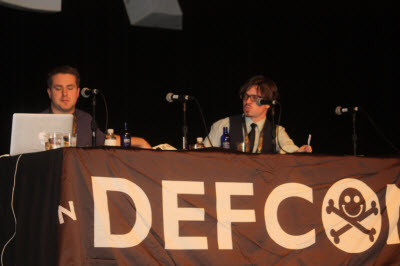 Gene therapy in the future will let us “change who we are as a species and rewrite our genetic code,” Tully said.

Over time, more “bio-compatible” materials will be created that the body won’t try to reject, Tully said. These things include titanium chromium, nickel and other kinds of metals. Polymers include polyethylene and others. Infections can be very dangerous.

“What we want to avoid is unleashing the immune system on our mod,” Dameff said.

Just putting something in your body is not simple. The body can reject foreign bodies with great efficiency.  You have to be able to insert the mod in the right location.

Putting electrodes in your ears can improve hearing. Cavities like the middle ear can more easily accommodate foreign bodies like cochlear implants, which restore hearing in deaf people. (The first surgery was done in 1984).A microphone picks up sound, filters it, sends the signal over FM radio to the transmission coil and that is sent to the brain.

Putting mods below the skin is relatively easy. But putting things in the thoracic or abdominal areas are more serious.

Connecting a mod to the brain is “one of the most difficult tasks ahead in human augmentation,” Tully said. Modders also have to figure out how to get electrical power to a mod via batteries.

“On top of that all, we know it’s going to be really expensive,” Dameff said.

A pacemaker or hip replacement costs more than $22,000. Lowering costs through open standards and open source remains mportant. Some of the work on this subject has been explored by Humanity Plus and the Singularity Institute. 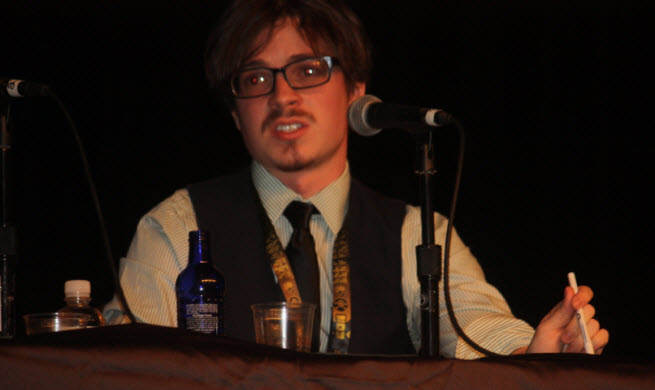