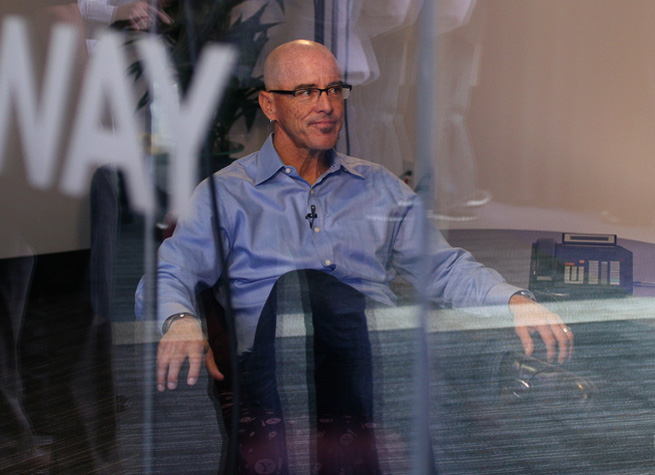 Updated at 10:17 a.m. PT with original quotes from Blake Irving.

Irving takes command a company that’s successfully attracted nearly 11 million customers — mostly small businesses — that use its domain purchasing and web hosting tools. But the company has attracted scrutiny as well, especially when it came out in support for the controversial SOPA bill. After a major backlash, Go Daddy reversed its position. Irving said he supports the privacy of Go Daddy’s many users.

“My position is that we fully respect the privacy of website owners,” Irving told VentureBeat today. “I look at SOPA and PIPA as things that are behind us.”

Irving’s last role was as Yahoo’s Chief Product Officer for two years. Before that, he served as a professor at Pepperdine University and as corporate vice president of the Windows Live platform at Microsoft for eight years.

He said he will use his recent experience at Yahoo to help Go Daddy expand its platform and number of applications. Two of his major priorities will be expansion in mobile and international.

“Many people internationally are going on the web for the first time through mobile devices,” Irving said. “We’ll want to design for mobile-first in many cases. … 11 million is a nice number, but 20 million or 30 million is what we should be striving for.”

On the topic of Go Daddy’s bombastic advertising, Irving said he appreciates the “edginess” of the ads. But he said future videos, like a recent Frank’s Pizza ad, will have a greater emphasis on how Go Daddy helps small business owners.

Irving will begin at his new post on Jan. 7, 2013. He will also join the Go Daddy board of directors at that time.