In this time-pressured, distraction-filled digital world we live in, finding the time to sit down and read a good book from cover-to-cover can be a challenge.

This is one opportunity Germany-based startup Blinkist has been keen to exploit, with its abridged e-book service that gives you the gist of titles in around 15 minutes or less. Today, it’s unveiling a completely free “Blinkist Basic” tier, that lets you read one pre-selected book each day. And in a move to open up to even more readers, it’s also introducing a Premium subscription option for $79.99 per year, bringing in new audio versions of the book summaries, read by professional narrators.

Available on the web, Android, and iOS, Blinkist uses human experts to condense popular nonfiction titles into shorter versions, including Richard Dawkins’ The Greatest Show on Earth and Barack Obama’s The Audacity of Hope.

Once your initial 3-day trial period expires, you pay $49.99 per year for unlimited access to hundreds of mini versions of factual books. That’s Blinkist in a nutshell, at least. 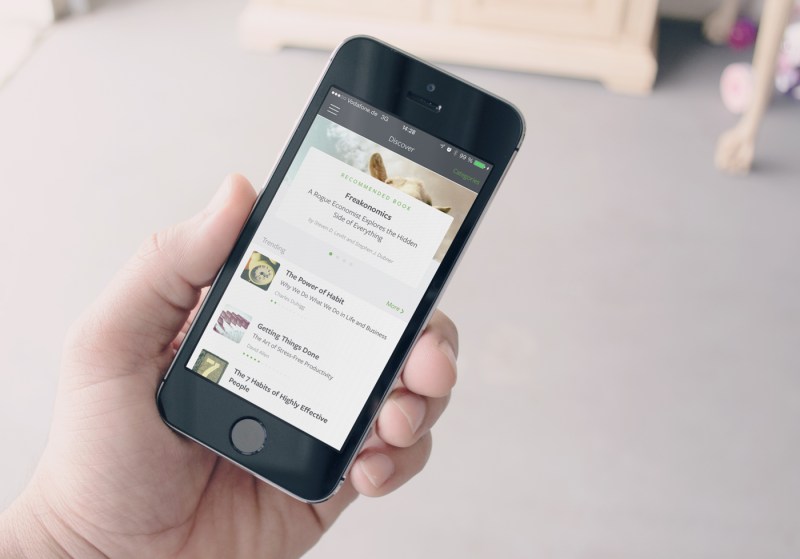 In many ways, audiobooks are an obvious route for Blinkist to go, as it opens the experience up to drivers, joggers, and anyone who can’t dedicate even 15 minutes of their eyes to the written word.

For launch, only 50 books will be made available in audio form, though cofounder and CEO Holger Seim says they’re adding new ones at a rate of around five each week. Seim also insists that the quality of the audio recordings are on par with anything you’d find elsewhere.

“We work with voice artists from all over the world, and we use professional post-production,” he says. “You won’t hear any difference to content from Audible.” 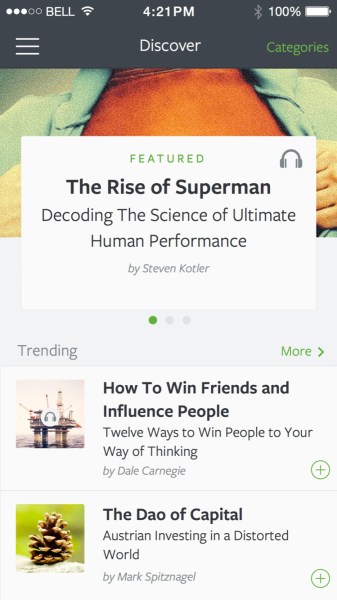 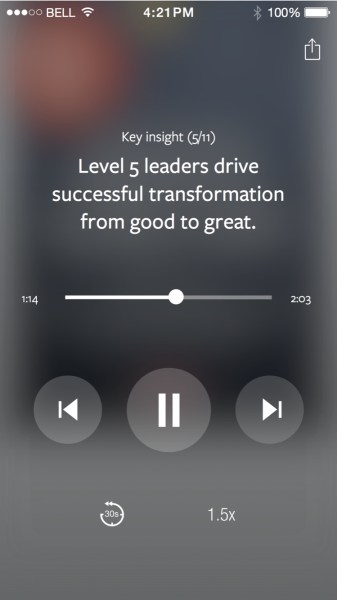 Though recordings will be restricted to English at the beginning, the company’s looking to add German to the mix in the new year too.

“Audio has been the most requested feature, because a lot of people find it easier to listen as they can fit it in their day more easily,” explains Seim. “Eighty percent of people asked us about this feature on our last trip to Silicon Valley. I believe audio will be a real game-changer for us.”

The Premium incarnation will offer more than audio books though. Those on the upper pricing level will also be able to sync up with Evernote to store their Blinkist highlights — a feature that lets you select specific sections and paragraphs of a book to revisit later. You will also be able to send your books to your Kindle to read.

What began life as a quirky alternative to existing e-book subscription services is really beginning to take shape as a serious player in the e-reading realm. The startup claims more than 250,000 downloads to date across iOS and Android, and 35,000 monthly active users (MAUs).

Blinkist also recently passed the 2-million-book downloads milestone, doubling its previous figure in less than five months, and has been selected by Apple as one of the top apps in Germany from 2014.

With a new free version in tow, Blinkist will surely claim many more users in the coming months too.

“It was hard for us to engage non-paying users in the past, so we decided to switch to a freemium model and give users one book for free, each day,” says Seim. “We have very high hopes for this feature, as it will help us reach and engage users who are not willing to pay immediately and, perhaps, never will be.”

Blinkist version 3.0 is available on the Web, Android and iOS.