[Update: Blippy cofounder Philip Kaplan emailed a response. CNET News is reporting that the cards in question were issued by Fifth Third, not Citibank.]

[Update #2: As of Saturday morning in California, Google told Blippy they’ve removed all credit card numbers from Blippy in their index. We found one more number just before the purge completed.]

Yesterday was a big day for social-oversharing site Blippy, which lets members automatically post their purchases to the Internet. The company announced $11.2 million in funding and was profiled in The New York Times.

VentureBeat reporters deduced that all are Citibank-issued MasterCard numbers, though CNET News reported that the cards in question were issued by Fifth Third, a Midwestern bank. We’re reluctant to publish further details yet. We’ve contacted Citibank, Blippy CEO Ashvin Kumar and cofounder Philip Kaplan, and some of the people whose card numbers turned up. 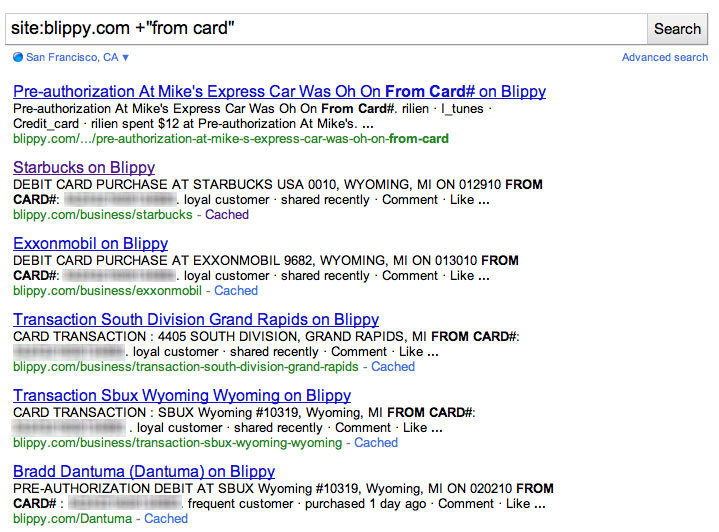