Blizzard cofounder Mike Morhaime bid farewell to thousands of fans at the BlizzCon fan event today during the opening keynote.

Morhaime recently announced that, after 27 years, he was retiring as CEO of Blizzard and was appointing J. Allen Brack (see our exclusive interview) as the president. Morhaime got a round of applause as he walked onstage in his new role as adviser to Blizzard.

“BlizzCon will always feel like home to me,” Morhaime said at the event in Anaheim, California. 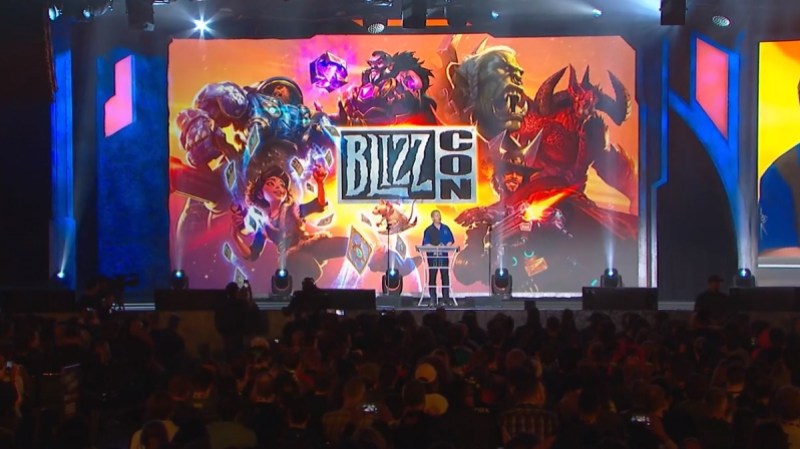 Above: Mike Morhaime is retiring from Blizzard after 27 years.

He said he has never missed a BlizzCon since 2005 and that his parents have never missed one, either. He noted they were watching on the stream today.

“I’ll be passing the baton to my good friend J. Allen Brack this year,” Morhaime said.

Speaking of 27 years ago, he said, “When Allen (Adham), Frank (Pearce), and I started out, I never imagined where the path would take us.”

He noted they were “totally unprepared” when World of Warcraft exploded in 2004 and eventually became the most successful massively multiplayer online game in history. Brack managed World of Warcraft for more than a decade. 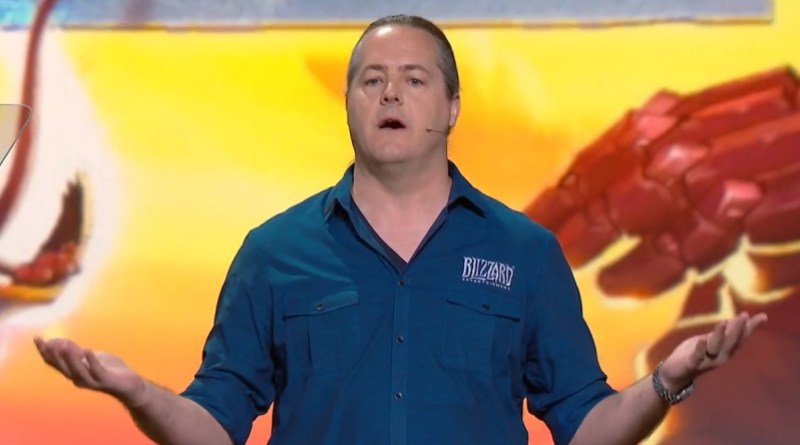 “To everyone who joined us on this epic journey, I just want to say, thank you,” Morhaime said.

He welcomed Brack out to join him, and they stood for a while in an embrace as they looked out a the crowd.

Brack said to Morhaime, “Thank you for all your passion. We wouldn’t be here without you.” After Morhaime left the stage, Brack said, “That was a great moment. Mike is a great leader. And he is the toughest act to follow. … I’m exceptionally proud to lead Blizzard going forward, but I’m also humbled by the huge responsibility.”

He said Blizzard would continue to create amazing experience, and he noted “gaming can be an incredibly inclusive place” where lifelong friendships are formed. Like the one between Brack and Morhaime.