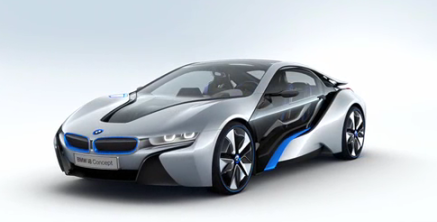 Car manufacturer BMW today unveiled its next wave of electric cars — the i8 sporty hybrid-electric coupe and a smaller i3 electric mini, both of which use a range-extending hybrid electric model.

The i3 is designed as a pure electric car, while the i8 is a high-end electric hybrid sports car similar to the Fisker Karma. BMW is also selling a range-extended version of the i3 that uses gasoline to recharge the battery and extend the range of the car called the REx. Both cars are examples of how the range-extension model is becoming an increasingly popular option for electric car manufacturers.

“As a consumer, you don’t have to change what you are doing on a daily basis with these cars,” Kleiner Perkins Caufield & Byers partner Ray Lane — an investor in Fisker Automotive — told VentureBeat. “The only thing you do is plug the car into a regular electric outlet when you’re done. Depending on how you drive you could end up filling twice a year.” 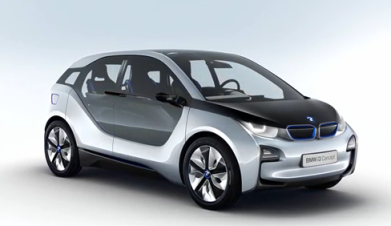 Pure electric cars can take several hours to charge and require owners to plan out their days and change their driving habits. Owners of range-extending cars do not technically ever have to plug the car in, but if they choose to do so they can save on fuel costs and don’t have to drastically alter their daily driving routines, Lane said. General Motors’ Chevy Volt uses the same technology, along with the Fisker Karma.

So far, Tesla Motors’ cars have the longest plug-in electric car ranges. The company’s first car, the sporty Tesla Roadster, can travel more than 200 miles before needing to recharge. The Model S is expected to have a range of up to 300 miles between charges for the top-level model. Those are exceptions to the rule, though, because most electric cars have limited ranges. The Nissan Leaf — though much cheaper than Tesla’s products — can only travel around 100 miles before needing to recharge.

“Mass market EV adoption will be driven by the world’s leading automakers, like BMW, which will leverage their mass production, distribution and service channels,” Kachan & Co. managing partner Dallas Kachan told VentureBeat. “It will ultimately be the automotive giants that will win the EV race, we predict.”

The i8 looks like a sports car straight out of the movie Tron. The car goes from 0 to 62 miles per hour in less than 5 seconds, according to the site — comparable to the Tesla Roadster’s  0-60 acceleration in 3.7 seconds. The car also has an equivalent fuel efficiency rating of 94 miles per gallon, according to the company. The car can travel around 20 miles on pure electric power before switching to gasoline, compared to the Karma’s 50 mile range.

The i3 is a more practical car, similar to the Nissan Leaf and General Motors’ Chevy Volt. It’s a much lighter car and uses carriage-style doors. The REx model will include a small gasoline-powered motor that recharges the battery when it runs out of juice. If other similar cars are an indication of price, the i3 will cost somewhere between $33,000 (the cost of the Nissan Leaf) and $40,000 (the rough price tag for the Volt.)

But the i8 model will likely not be cheap, if similar cars like the Fisker Karma and the Tesla Roadster are any indication. The Karma costs more than $90,000 and the Roadster costs more than $100,000. But both cars are geared toward high-end car buyers, like buyers looking for a Porsche Panamera. It’s a niche market, but it’s a good way for BMW to enter the electric car market, if the success of Fisker Automotive and Tesla Motors is any indicator.