BMW said it will partner in a branding alliance with five of the world’s top esports organizations that have teams that compete in League of Legends: Cloud 9 (U.S.), Fnatic (United Kingdom), Funplus Phoenix (China), G2 Esports (Germany), and T1 (South Korea).

The move is a recognition of the growth of esports, particularly with its growing online reach in the wake of the coronavirus, which has stopped people from enjoying physical events for traditional sports. BMW as a brand is expanding its involvement in the world of online games and esports, which are appealing to the younger generation of potential car buyers.

Under the campaign headlines “United in Rivalry” and “United at Home,” BMW will be part of marketing activities that highlight the competitive spirit of the teams.

As far back as 2017, BMW started participating in esports as a partner of the European League of Legends finals in Paris. And in 2019, it was also a partner in the SIM Racing season which culminated in the BMW SIM LIVE premier at BMW Welt in Munich, Germany. 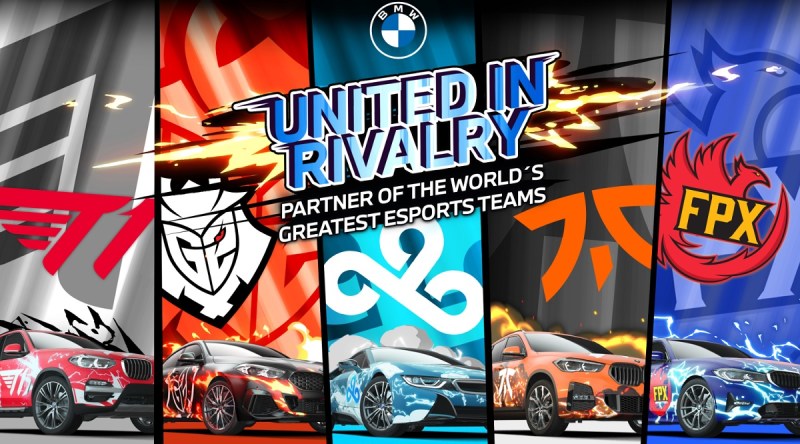 Above: BMW is United in Rivalry with five global esports organizations.

Riot Games’ League of Legends launched in 2009, but it still commands 8 million concurrent daily players. And those are the kind of numbers that get global brands excited.

Last year’s LoL World Championship Finals in the AccorHotels Arena in Paris attracted an online audience of approx. 44 million fans worldwide viewing the livestream at home. On top of that, other games such as Dota 2, FIFA, Fortnite, or Rocket League also support esports teams that compete in all over the world, in tournaments of comparable size that will also be supported and promoted by BMW.

The BMW brand will not only act as a sponsor for these top teams but also as a partner to introduce the esports discipline to an even wider audience.

Thiemer said the long-term goal is to grow the team portfolio into true household names within the general sports and entertainment industry.

The “United in Rivalry” theme stands for healthy competition even amid global uncertainty. As part of the partnership with BMW and in line with esports’ culture, the teams will challenge and try to outdo each other prior to tournaments, using the #unitedinrivalry hashtag on channels like Instagram, Twitter, Facebook, WeChat and various streaming platforms across the world.