Bonnie Ross wasn’t part of the creation of Halo, which best-selling sci-fi video game series that Bungie created for the Xbox game consoles. But she’s in charge of maintaining that universe, which has generated more than 60 million unit sales of Halo video games since 2001.

“I did not create it,” Ross said in a talk today at the DICE Summit, the elite game industry event in Las Vegas this week. “I can talk about it as a fan. I sure inherited an amazing world.”

Halo has “stuck” as a lasting fictional world because it has the special content that keeps fans coming back, as they do with entertainment properties like Harry Potter, Star Wars, and the Lord of the Rings. Halo had action, a fantastic world in the shape of a halo, and inspired music by Marty O’Donnell. And becomes games are interactive, players feel not just a sense of escapism, but control over the story and the universe. 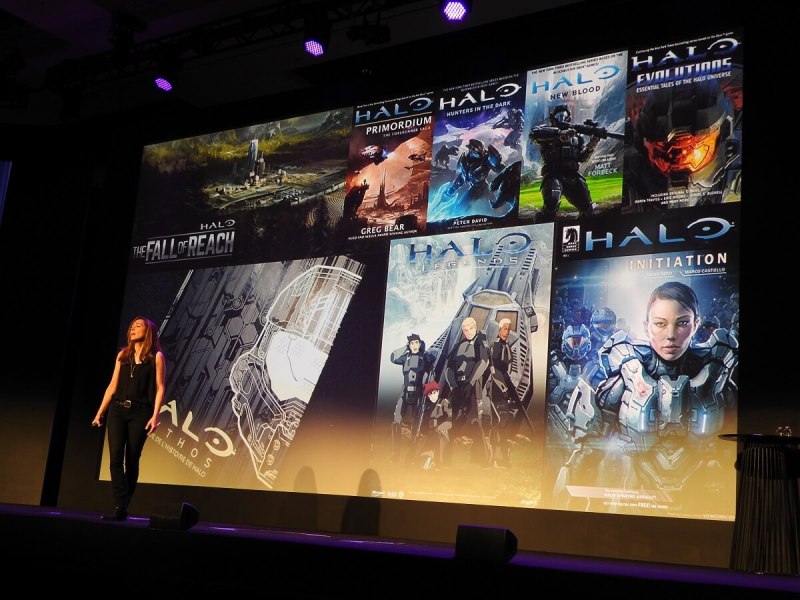 Above: Bonnie Ross says 343 Industries controls all of Halo’s various threads, from merchandise to books.

After Bungie spun out of Microsoft in 2007 to become an independent developer working on Destiny. Microsoft retained ownership of Halo under its 343 Industries studio, which Ross assumed responsibility for. 343 controls all things related to Halo: the books, merchandise, and games. Ross said that protected the foundation and enabled new branches of “transmedia” offerings to flourish.

“The game is amazing without the book, but with the book, the world is bigger,” Ross said. “I care about Master Chief and know him as John, as well. And it makes the world bigger.”

Ross thinks of Master Chief as the muscle, Cortana as the brain, and player as the heart, or soul. But Halo needed more than that to feed the appetites of fans. So 343’s writers created books with a lot more characters who could go off on adventures of their own and satisfy the thirst of fans for more content and story than the games alone could offer.

She said, “We had a tendency to kill all of our characters, and so we spent a bunch of time seeding more characters in the books.”

She also said you can’t just change the universe, because fans of the whole franchise will notice. 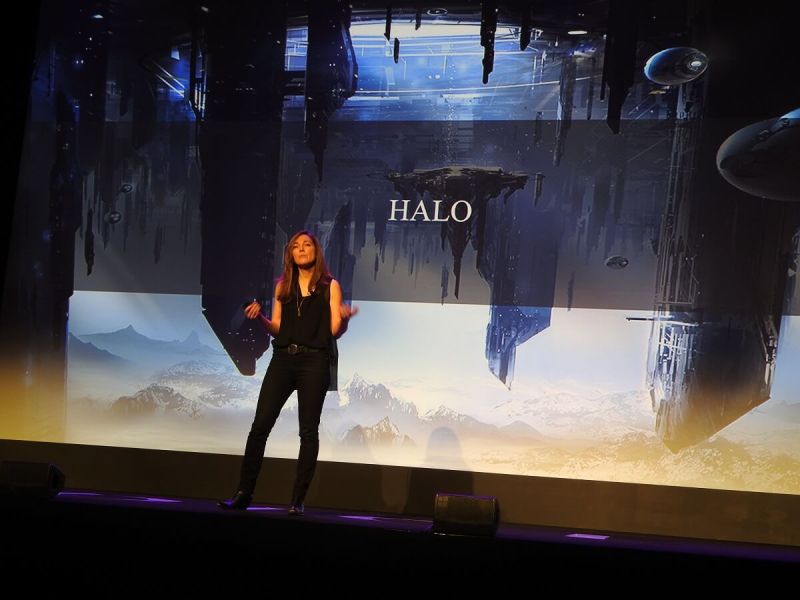 “When the world you own isn’t originally your own, I think the word stewardship is of paramount importance,” Ross said.

Ross said it is important for developers to view users as co-owners of the brand. She noted that fans were very critical of Halo 4’s multiplayer, and that it wasn’t really suitable for esports. So the developers of Halo 5 brought in key fans and talked to them about what they wanted. The result was a multiplayer system for Halo 5 that the fans liked much better, and which also did well on the esports front. She noted that Minecraft players keep playing because they feel like they own the world.

“There is a delicate, fine balance with when you listen to the community and when as creators, you make decisions the community might not react to well,” she said. “It’s a fine balance, but it’s a good, healthy balance.”

But creators also have to decide when to pay homage to fans and to change things in order to evolve the franchise and keep it moving forward.

“Halo is sacred,” she said. “The universe is sacred. What are the values? What do users expect? We want this to continue to be a universe worthy of devotion.”