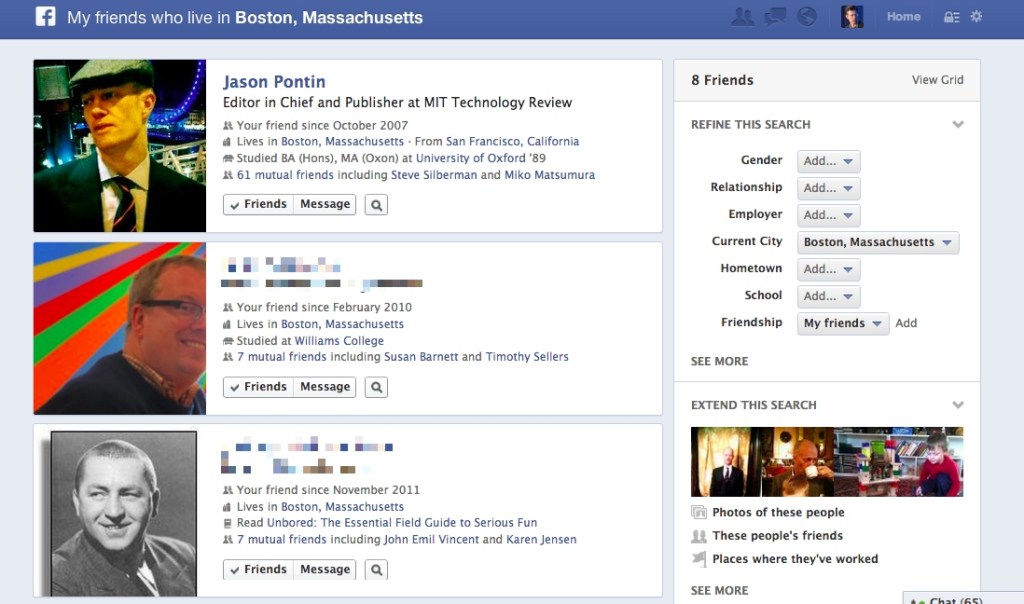 As everyone connected to the Internet knows by now, Boston has been the scene of at least three bombings today at the Boston Marathon and the JFK Library. For coverage of that news, Boston.com has a liveblog that it is continuously updating, and CNN has more details and coverage.

Here’s what big technology companies are doing in response:

Twitter is the news of first resort, the place where the news often breaks, and this event is no exception. The Boston Police Department is staying on top of the news with its Twitter account, @Boston_Police. And if any have video of the bombings or the period of time immediately preceding the attacks, please contact BPD — they want to see it:

BostonPolice looking for video of the finish line #tweetfromthebeat via @cherylfiandaca

Twitter is monitoring the situation and has deleted at least one account that was trading on the resulting confusion and people’s desire to help: @_BostonMarathon, which was promising to donate $1 for every retweet. It racked up almost 65,000 before being deleted.

The top hashtags in the U.S. today are almost all attack-related: 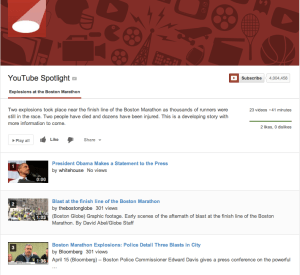 YouTube has set up a dedicated page about the explosions via its YouTube Spotlight account/service, which aggregates videos on similar issues and has over four million subscribers.

This particular spotlight brings together 23 videos (and counting) from and about the event, including video of the explosions, the aftermath, and eyewitness accounts. President Barack Obama’s statement to the press will be shown live there as well.

Google set up a Google project page in Google Person Finder, which helps people look for and find loved ones who might be missing in an emergency like this one, specifically for the Boston Marathon Explosions.

Facebook is not doing anything specifically about the Boston Marathon, but its recently-added Graph Search makes it easy to look for all your friends in Boston.

Currently, none of my friends do, but VentureBeat writer Rocky Agrawal posted that he discovered via Faceook that a friend and her family are safe. And the image at the top of this page is courtesy of VentureBeat executive editor Dylan Tweney, who was also checking on his friends in Boston via Facebook Graph Search. 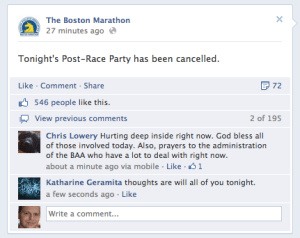 The Boston Marathon organization has been updating its Facebook page since earlier this afternoon when it confirmed that two bombs had exploded, canceling the post-race party, and telling runners that the post-race area is still under lockdown.

This is a developing story; please add any updates to the comments, and I will get them in here as soon as possible.

In addition: There have already been multiple instances of false information circulating on social media and other sites — most notably that a Saudi was already being held in custody in connection with the attacks. We’re being as careful as we can be with information. Be careful what you believe.