If you tuned into the last presidential debate like I did (and chances are you did, with an estimated 60-70 million viewers on the edge of their seats), then you noticed both candidates talking about doing away with the carried interest tax. Most people don’t know what the heck carried interest is, and neither Trump nor Clinton explained their reasoning for opposing it.

The truth is, however, that carried interest is one of the major reasons VCs can make risky bets on startups — and therefore a big reason behind the success of Silicon Valley and the new tech economy. Earlier this year, for the first time ever, the five largest U.S. companies were all venture-backed at one time. Apple, Google, Amazon, Microsoft, and Facebook were all risky bets when they first started out, and VCs were able to fund these companies because of the potential upside. Removing carried interest takes a chunk out of that upside.

I — as well as most other VCs and startup CEOs — disagree with the proposition of doing away with carried interest altogether. Why is that? Well, to answer that question, let’s go over some background.

Carried interest was initially set up as part of the tax code to classify income earned back from investments as long-term capital gains. In effect, this means income generated from a startup or business investment is taxed at 20 percent rather than ~40 percent for high-income individuals, and therefore allows for investors to take more risk. In fact, that’s exactly why it was created in the 20th century — to fuel speculative and capital-intensive entrepreneurship in the oil sector. It’s been a mainstay in entrepreneurial investment ever since.

Why is it unpopular?

All that sounds great, right? Unfortunately, some forms of investors have taken advantage of it.

The carried interest provision has become unpopular in the last 20 years with the rise of hedge and private equity shops that oversee vast funds. These funds can classify their returns as carried interest, even though most of their investments are done on a shorter timetable and used for the purchasing of existing stock, not creating new stock in a company formation. In some cases, this allows hedge and PE funds to reclassify what would typically be short-term capital gains (and would be taxed as ordinary income) as long-term capital gains. After the Great Recession and the resulting ire against Wall Street, many people see this as greedy and unnecessary. 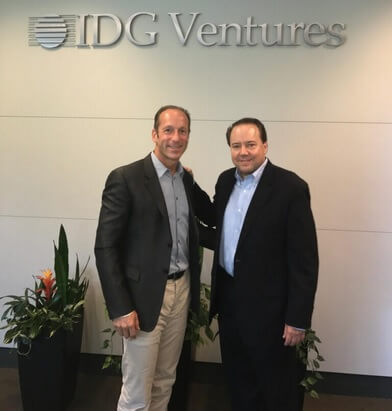 Above: The author speaking with congressman Pat Tiberi (OH), on the Ways and Means, Tax Policy subcommittee, last Friday.

However, removing the carried interest clause just doesn’t make sense in a venture context. By definition, VCs make relatively high-risk bets and expect returns over the very long term — typically 5-10+ years. A good VC portfolio return on investment sits at around 20 percent year-over-year, so you can imagine the chunk of profits that would be lost if gains were taxed at twice the current rate.

Reclassifying profits from startup investment would be enough to drive some VCs, like Keith Rabois of Khosla Ventures, out of the business. Most others would find it more difficult to compete for LP funding, as it would double LP’s taxes as well, meaning backing fewer startups and tightening belts, which would slow things down and potentially trigger a downturn in tech.

Sure, there will still be a venture industry. But we might not get the best and brightest if you double taxes. The bottom line is, a vast majority of VCs make salaries similar to a doctor or lawyer, but our main goal is to create profits for our funds and ourselves through the investments we make, which are high-risk bets. There are only 2,000 venture capitalists in the U.S. – a tiny number – and if we double the tax rate on those risky bets, most will leave.

What about the broader effects?

But this isn’t just about Silicon Valley — it’s about the U.S. economy. One fifth of all public U.S. companies have received VC funding, and VC-backed companies are adding hundreds of thousands of jobs to the U.S. economy every year. As mentioned above, the largest companies in the U.S. all started as venture backed. Lastly, since most venture-backed companies are in the technology space, they have an outsized impact on the rest of the economy, creating tools and technologies that increase efficiency and productivity across nearly all market sectors.

A downturn in venture is a downturn for the larger economy.

What are we doing to stop it?

To help make some of these issues clear to our policymakers, I’ve been working with the National Venture Capital Association (I’m on their board), to make regular visits to Capitol Hill as well as host congressmen at our offices to discuss possible solutions. We could certainly use your voice of support by reaching out to your representative or senator.

Policymakers are generally very supportive of entrepreneurship and policies that encourage it and have put forward promising ideas such as R&D credits for startups and changes to immigration policy. But carried interest is one point that is being tied to Wall St. dysfunction, while also serving as a bedrock for VC viability.

Together we can work towards a more nuanced solution.