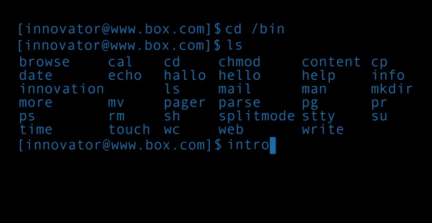 Enterprise apps may not be the sexiest market segment for developers, but these are apps that the biggest, most influential companies in the world could use. Because these companies are so big, they have big needs, which can make for daunting projects. Developing for smaller companies may provide more freedom and be less impacted by regulations. Enterprise apps, on the other hand, tend to show less imagination.

“The state of innovation in enterprise software feels very, very stilted,” said Chris Yeh, Box.net’s vice president of platform, in an interview with VentureBeat. “Doesn’t feel like there’s a lot of great innovation.”

Box.net is part of the growing “cloud” trend, which uses the Internet to provide software and infrastructure that companies would otherwise have to build out and host themselves. In particular, Box is a competitor of Dropbox, which allows people to store files on a remote server, accessible to anyone with permissions to enter that folder, by computer or mobile device. Enterprises are quickly recognizing the benefits of this kind of document availability and ease of sharing. In fact, Box says 77 percent of Fortune 500 companies have already deployed its solutions in their companies. Though, in keeping with the pace of large corporations, the deployment has mainly been seen across individual departments.

Box hopes the developer network will tackle a few key elements missing in the Box product today, including improved security options for administrators, expanded capabilities in the file sharing itself, as well as vertical-specific customizations for Box.

Currently, Box lets you view over 100 different file types, but as Yeh points out, there’s increasing demand for capabilities in, say, doctor’s offices to show patients a cat scan on an iPad. This leads Box developers to vertical packaging, such as a Box product tailored to a law office for sharing mortgage paperwork, or pharmaceutical company needing drug information.

Box’s developer community currently totals around 4,500. “We have quite a bit of momentum on [the developer] side of the business,” said Yeh. “API [application programming interface] keys are growing at about four times [what] they were last year.”

The company didn’t want to throw resources at developers without any external help, however, so it launched /bin with a number of strategic partners including Heroku, Rackspace, Cloud Foundry (a division of VMWare), Appcelerator, SnapLogic, and Twilio. All of these companies are providing their own tools for developers to work with in addition to Box’s APIs and other resources.

Telecommunications API provider Twilio, for example, has already worked with Box through a joint competition that created The Interviewer. This allows a person to set up an interview call, enter each involved person’s credentials and the time and date of the call. Twilio would then make the call, record the interview, and store the transcript on Box for the hiring decision-maker to access.

“[Enterprise development] isn’t sexy and we don’t really know what people will build,” said Danielle Morrill, director of marketing for Twilio, in an interview with VentureBeat. “But Box has a huge user base, so if we can help developers find a magical tool that users love, we could see another GroupMe [a Twilio-based group messaging app recently purchased by Skype]. I certainly hope we will.”

With today’s announcement, Box is also announcing a $2 million fund to get the program up and running.

“Our intent was not to create an open forum that anybody could get into without any support, ‘Here’s the API, go knock yourself out,'” said Yeh. “There are some people that we really do want to invest in and work with.”

Box was founded in 2005 and recently received an $81 million fourth round of funding expansion, landing the company at a valuation close to $600 million.