To most high-tech enthusiasts, towns like Akron, Albany, Batesville, Malmö, and Eindhoven probably don’t hold much significance. Yet, while the world is busy watching Silicon Valley, these relatively obscure spots in the US and Europe are quietly building the infrastructure for innovation ecosystems that will drive the next technological revolutions. 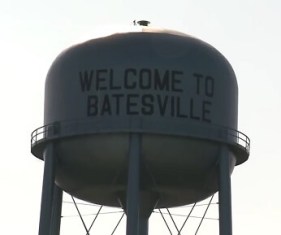 Batesville, are you kidding? Nope. In 2008 General Electric opened a state-of-the-art jet engine component factory in the small Mississippi town, followed by another one in Ellisville in 2013. The reason? Both towns are close to technical universities stocked with researchers that specialize in new materials for the next-generation ultralight and silent jet engines. This partnership is crucial for innovation. As GE CEO Jeff Immelt wrote in the Harvard Business Review, “By partnering with Mississippi State University, we have developed a highly sophisticated proprietary process for manufacturing components made of carbon-fiber composites.”

Albany’s story is even more impressive. New York state’s capital has grown into one of the world’s leading producers of next-generation semiconductors. In Albany’s proud NanoTech Complex, companies like IBM, GlobalFoundries, Intel, Nikon, and Samsung are working together on developing the 450 millimeter silicon wafer, a breakthrough innovation in chip technology. Partnering with the University at Albany, the NanoTech Complex secured $4.4 billion in investments to make it one of the leading chip innovation centers in the world.

These new innovation ecosystems are part of an emerging trend. Antoine van Agtmael and Fred Bakker, authors of the recent book The Smartest Places on Earth, identified 83 of these “brain belts” all over the world (Silicon Valley being one of them). Although some are located in Asia — Seoul, Singapore, and Hsinchu, for example — the majority are in Europe and the US. The authors visited 10 of these brain belts and concluded that, frankly, all cutting-edge research from biotechnology to robotics is happening in these new collaborative innovation centers. After interviewing CEOs and academics all over the world, the authors said that as market focus is shifting from cheap to smart, Asia’s decades long innovation advantage is nearing its end. 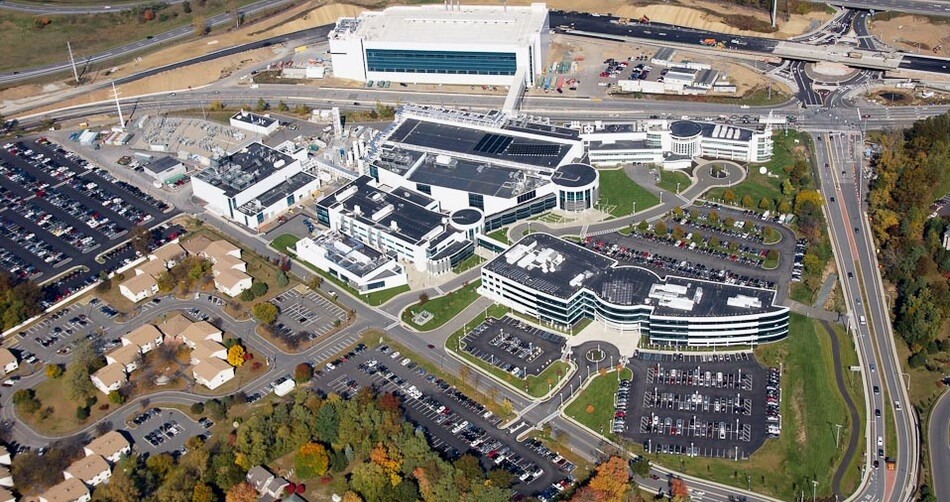 Brain belts are quickly becoming a global benchmark for innovation. As Alain Kaloyeros, head of Albany’s NanoTech Complex said, “Building this infrastructure will ensure a competitive edge in technology.” GE’s Immelt remarked, “These partnerships [between tech companies and universities] are vital for developing tomorrow’s engineers, who are critical to America’s competitiveness.”

So what do brain belts have in common? First, of all their physical components. Brain belts almost always consist of a handful of well-established tech companies with thriving R&D departments, a few dozen startups, and at least one technical research university. The university supplies the research, knowledge, and talent. The big tech companies provide finances, research facilities, and market experience. The young, eager startups add innovative ideas and a risk-savvy entrepreneurial spirit to the mix.

The need to cluster together often arises because a town, region, or district has found an innovation niche, which naturally attracts the actors that later form the brain belt’s ecosystem. Akron, the US capital of tire manufacturing, has used its polymer knowledge base to find new innovative niches in medical appliances and steel coatings. In Eindhoven, home to Phillips, we used to be good at making silicon chips. When we lost that competitive edge, we found a new niche as a photonics chip innovator.

If the niche and the infrastructure are there, you have what I call a “cluster of excellence.” In Eindhoven we’ve built several of these clusters around areas like smart sensors, robotics, artificial intelligence, new materials and — the one we’re most proud of — photonics or “light on a chip.”

Secondly, the players within the ecosystem need to be willing to share ideas, knowledge, research, networks, and facilities. In today’s world, innovation is a team effort. The brilliant nerd starting the next tech revolution from his garage is, well, very 1980s. Companies also rarely innovate alone anymore. IBM now refers to its former innovation process as “the Kremlin model” for its autocratic and compartmentalized nature.

Agile companies know they don’t have the funds, time, or capacity to achieve success fast enough on their own. Strategic alliances are the way of cutting development costs and accelerating time to market. In Eindhoven we’ve learned to tap into trusted local networks first to see what’s possible. We’ve made our suppliers part of the innovation process by consulting them in the R&D phase so manufacturing can be made smarter. We call it a value chain instead of just a supply chain.

A third thing brain belts have in common is their reliance on physical proximity. As the Allen Curve teaches us, there’s a tight correlation between personal interactions, performance, and innovation. The Eindhoven High Tech Campus is located on a single square kilometer with 150 companies all within five-minutes’ walking distance. We included a main street called The Strip with restaurants, a conference center, and convenience services. It allows for natural networking and managed serendipity as people from different companies working on various projects visit these amenities several times a day. 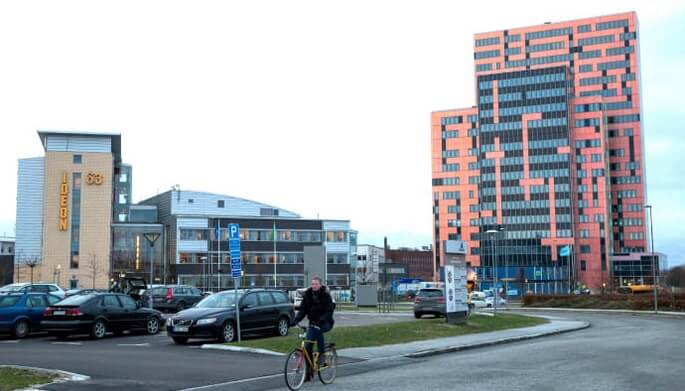 Above: Gateway to the Ideon Science Park in Lund, Sweden

It’s a concept Google, Facebook and others are discovering as well. The city center of St. Louis houses five different innovation hubs, all within five-minutes’ walking distance. Centennial Campus, North Carolina State University’s innovation hub in Raleigh, houses university buildings, companies, a startup incubator, and research facilities all in a single location. In Lund, Sweden, two science parks and a university, located less than a mile from each other, have joined hands and brains to push innovations in life sciences, telecommunication, and new materials. It recently resulted in a state-of-the-art particle accelerator.

This connectivity is fundamental to continued success in innovation. When people from different sectors are mixing, talking, sharing, and discovering, knowledge barriers are broken and breakthroughs can happen.

Rome wasn’t built in one day. Neither is a brain belt. If there is one thing we’ve learned in Eindhoven, it’s that a successful innovation ecosystem takes years to develop. Founded in 2003, our High Tech Campus has been an early adopter. Although many people then viewed our open innovation’ model with suspicion, 13 years down the line we are seeing the success of those early investments. Nowadays, the High Tech Campus submits four patents a day, more than half of all patent applications in The Netherlands. 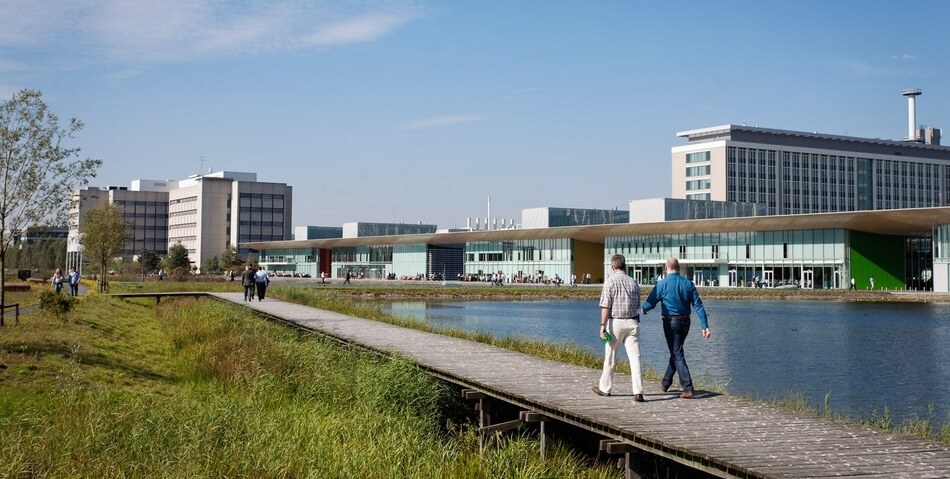 We have also learned that innovation has many faces. According to Henk Volberda, a Dutch professor of strategic management, only 25 percent of innovation success depends on investments in IT and related technologies. A whopping 75 percent comes from “social innovation” — such as removing hierarchical pyramids, maximizing investment in human capital, and co-creation with partners. Understanding the local social dynamics is just as important to a brain belt as building top-quality test facilities, if not more.

Although brain belts are great at making local and regional connections, I’d like to see them connect globally as well. Innovation centers can strengthen themselves by operating in global partnerships. What we need is an ongoing conversation between development managers from different innovation centers. If we work together, we can truly stand on the shoulders of giants.

So let Silicon Valley be the Goliath standing in the limelight. In the meantime, the other 80+ brain belts will be the Davids quietly working on technology that will impact the world in ways we cannot yet imagine.

Bert-Jan Woertman is director of marketing and communications at High Tech Campus Eindhoven, a business hub where 140 tech companies are working on developing future technologies and products.