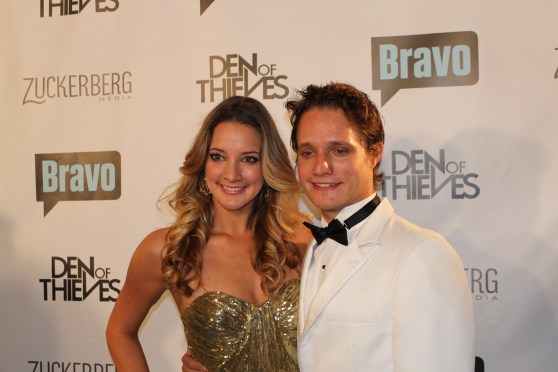 In San Francisco, it’s a rare Sunday evening you find yourself in a limo traveling to a reality TV premiere.

Hours before the screening of Bravo’s Start-Ups Silicon Valley, Ben and Hermione Way and the rest of the cast are a bundle of nerves. This is the first time they’ll watch an episode of the show that polarized Silicon Valley. It has been a year in the making. I join them at The Villa, the gilded San Francisco mansion that is prominently featured in show.

Randi Zuckerberg, executive producer of the series, told me that she came on board after the protagonists had already been cast, deliberately chosen for their success, good looks, and willingness to strip on national television. In the first episode, every cast member is featured in their undies — it’s almost a rite of passage. She intimated at the possibility of a second series if this one proves to be a success.

Expect drama to unfold between Hermione Way and Sarah Austin. There can only be one leading blonde in Silicon Valley.

While Way is the lovable ditz (hungover, she passes out under angel investor Dave McClure’s conference table before a pitch), Austin has been cast as the show’s villainess. In the opening episode, she is living in the Four Seasons for free in exchange for running the hotel’s social media and building their brand. She claims to charge $10,000 per tweet, has an army of personal stylists, and orders room service for her dog.

Billed as an inside look at the local tech scene, the show is entertainment gold. It can best be described as “Silicon Valley for Middle America.” It’s on tonight — let us know what you think!