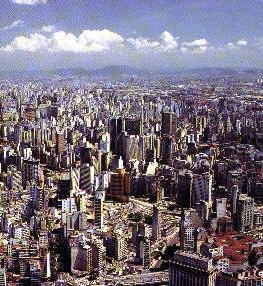 Funded by the Brazil government and private industry, the digital TV initiative has teamed together hundreds of technologists to speed the convergence of digital TV and the Internet for Brazil, one of the fasted growing developing economies, whose growing middle class and youthful demographic are passionate about TV and online technology. The multibillion-U.S. dollar initiative aims to bring high-definition television, high-speed online access, 3D effects and other new TV and computer services to the country.

The initiative’s first major application — state-of-the-art software in a small set-top box that lets TV viewers click special 3D features while a movie is playing — will debut in Las Vegas this week at the National Association of Broadcasters convention by undisclosed corporate and broadcast partners working with Brazilian technologists. The name of the application hasn’t yet been released, and price details and a rollout date in Brazil are still unannounced. But it will likely reach the market within the next few months.

“This has been a very intense and innovative process, when industry, government and universities join to create something new,” said Marcelo Zuffo, one of the consortium leaders.  Zuffo’s researchers at the University of Sao Paulo’s Laboratory of Integrated Systems or LSI/USP have raced in recent months to test and complete the software platform, which Zuffo called the first of its kind to be ready for commercial use.

Through the digital TV initiative and other projects, Zuffo hopes that the technologists and engineers of Brazil can rapidly improve the quality of life for Brazilians. The country’s tech and government leaders speak often of “digital inclusion” of the masses, much like MIT’s Nicholas Negroponte, who has met with Brazil President Lula da Silva to discuss his “One Laptop Per Child” project.

“My main worry these days is how to reduce costs,” Zuffo said. “Income is still a barrier to widespread technologies.”

While most know of Brazil’s natural resources and tourism industry, the largest country in Latin America also has promising industries in technology, bioscience, energy and private equity. In recent years, Brazil has strengthened its training and education system for technology and science students. And when the global downturn ends, investors are eager to pour billions of U.S. dollars of capital into Brazil, according to attendees at an ABVCAP investment conference here as well as recent surveys by trade groups the Latin American Venture Capital Association and the Emerging Markets Private Equity Association.

Zuffo is at the heart of the tech and media convergence in Brazil.  He runs LSI/USP, a research-and-development facility of 250 professors, research fellows and students who work closely with Brazilian and foreign companies. His father, Joao Antonio Zuffo, founded LSI/USP in 1975 and also created the first integrated circuit in Brazil.

Zuffo’s researchers are designing virtual reality technology for commercial use in the media, energy, healthcare, retail, agribusiness and other sectors. Zuffo is setting up a corporate-sponsored innovation center at the university, and energy giant Petrobras is funding a new lab facility for LSI/USP, which is developing virtual reality software for deep-oil drilling and exploration. Other technology and corporate partners on Brazil’s digital TV initiative and other projects have included Korean electronics giant LG Electronics, Intel, Sun Microsystems, Brazilian software firm TQTVD,  and STMicroelectronics in Geneva, Switzerland.

Given the Brazilian consumer’s love of consumer electronics and the political backing at the highest levels of government, it wouldn’t be surprising to see digital TV take off and penetrate the market there much more quickly and deeply than in the U.S. Zuffo and his colleagues are betting their country’s future on technologies like this.