With Brenda Romero‘s Empire of Sin game about the Chicago mob, the place came first. From the days when she was a curious child and her mother wouldn’t tell her about it, Romero devoured all the information you could about Al Capone’s empire in the 1920s.

Then she put it on the shelf. She made 47 other games over the course of nearly 40 years, including Jagged Alliance and Gunman Taco Truck (conceived by her son). She won many awards for her work, and she became a program director for game design and development at the University of Limerick in Ireland. She also makes games with her husband, John Romero, and her family at Romero Games.

But she finally came back to the idea for Empire of Sin, and Paradox Interactive plans to publish the game in 2020.

In the game, you assume the role of a young mob boss in Prohibition-era Chicago. You have to build an empire in a strategy game that includes both economic planning as well as violent attacks on rival gangs. Your empire will depend on the characters you groom for it, and you have to take their relationships into account, like whether two characters have an ongoing feud.

For Romero, this game goes back to her childhood. She grew up in Ogdensburg, New York. Her grandfather used to walk across the river crossing to the Canadian border. There was one bar, dubbed the Place. It was the oldest continuously operating bar in the U.S., and it didn’t shut during Prohibition. Young Brenda asked her mother why, and she wouldn’t say.

So began the curiosity and the road to Empire of Sin. I spoke with Brenda Romero recently, and here’s an edited transcript of our interview. 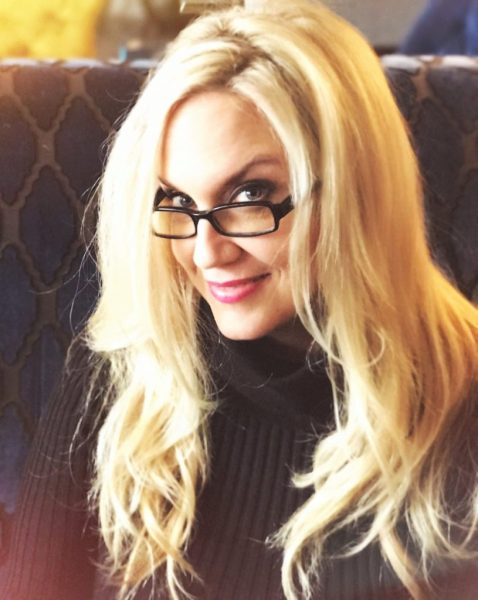 GamesBeat: I was surprised as anyone at the subject for your next game. It sounded like you had pitched this many years before, or some version of it. Has this been cooking for a long time?

Brenda Romero: The first time I pitched it was to Paradox. But Prohibition itself is a pretty broad theme. It’s an area I’ve been interested in. I spent the first 20 years of my career working primarily in RPGs, so it didn’t necessarily fit there. I guess it was a sort of side intellectual curiosity. If there was a new book about it, I’d read it. When a TV series came out, like Boardwalk Empire, I was all over that. Any movies that had to do with it.

I was trying to figure out a way to make a game that hadn’t been made. It’s an interesting theme, but I didn’t want to make something that was like a game somebody else made. Somewhere, floating in the Atlantic, probably in 2014, I thought of the game that eventually would become Empire of Sin.

GamesBeat: It all goes back to the question you asked your mother about the speakeasy?

Romero: Yeah! She was uncomfortable providing that answer. Just a bit of context, my mother — I remember once, the phone was ringing. I said, “Mom, just tell them I’m not here.” She said, “Then I won’t answer the phone.” She was not going to lie. Which is a great credit to her. For, me being a curious kid, she normally, in any other circumstance — she volunteered at the library. She would have taken me to the library with any questions I had.

With this one, she was not comfortable telling me what the truth was. Being a curious kid, to me it was like, “Oh, there must be something in there. Now I need to know about it even more.” I’m positive that her intent wasn’t to spark this massive curiosity about whatever secrets were in this place that nobody could know about, that the cops covered up. I had all kinds of ideas in my head about what it could be. But that simple refusal — you can’t know what’s behind that door — suddenly sparked all kinds of thoughts.

GamesBeat: Have you thought about that since becoming a mother yourself? Do I want to tell my kids everything about how to run a criminal empire?

Romero: [Laughs] You know, I don’t know — the interesting part about this is that I didn’t know that it was a criminal empire. You’re right. If your kids ask a question, telling them everything they need to know about crime probably isn’t the best answer. But who knows? I’m sure there’s lots of other stuff that she may not have answered. But it was the way that she pushed me off that and just wouldn’t answer, didn’t take me to the library, no books, no nothing — it made me think there was some juicy stuff there. And I was right. 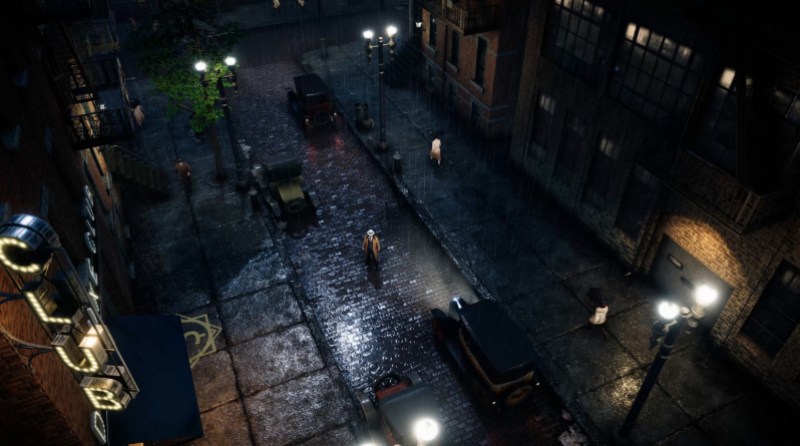 Above: Empire of Sin is a strategy game.

GamesBeat: How did you spend time learning about this? Was it just books and other media, rather than any existing video games?

Romero: No, not through existing video games, although certainly — I’ve noticed there have been some games made around the time period. But my interest in it goes back to the Apple II days. I obviously wasn’t pitching it on the Apple II, but it was something I was interested in. This was a lived experience. The bar that I’ve referenced, that I talked about Gamescom, that’s a real bar. It’s still there. The stories of people who brought alcohol across the St. Lawrence River, that’s real lived experience. People’s parents and grandparents, my grandparents, they did this. There are ways to learn that are beyond games and beyond books. A huge part of it, though, was just reading.

GamesBeat: Doing it as a turn-based strategy game, how did that idea develop?

Romero: The idea to have these different empires, different criminal empires facing off against one another — the theme itself is strategic. That’s already there. If you watch Boardwalk Empire, it’s pretty clear that there’s all kinds of strategy going on. The movement of resources, how those resources are going to be protected, how they’re going to be sold — it was a real-life strategy game.

The decision between turn-based and real time, that came down to the type of gameplay I favored as a design. For me that was turn-based gameplay.

GamesBeat: Did you think about trying to do this as a particular kind of mafia game, like the Sopranos in the modern day, or did you have specific reasons to do it in the Prohibition era?

There was something about Chicago and the history of Chicago in that time that had the most depth, to me. I love Capone. I love the showdown with Elliott Ness. Some of the other mobsters of the era, I moved them over to Chicago in my alternate reality. 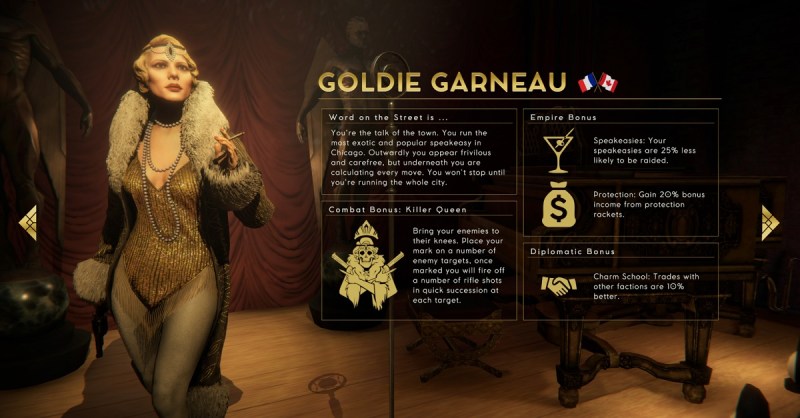 GamesBeat: The economics of running an empire, is that part of the fascination here? How did they figure out how to run these underground businesses? It’s almost a kind of business simulation idea.

Romero: Yeah, it is. It goes — I say this because of where we are currently in development in the game. I’m spending a lot of my time balancing and making sure that the experience doesn’t kill you right out of the door, or we’re not leaving you feeling like, “Jeez, I’d better get moving.” But the depth of what those mobsters had to do economically is not lost on me.

First of all, there are only two resources, or three I guess. There’s money and alcohol and time. You would think that with just three resources, how much depth could you have? But my God. There’s all kinds of things that go on. If I have a brewery, how big is my brewery? If it’s really good, it might come to somebody’s attention. If I’m drawing attention I’d better make sure I have lots of security in there. I’d better try to put up a front, so people aren’t looking at it. What kind of alcohol will I brew? There are many different questions, each of which affects something else.

Strategically, just from a balance perspective — having worked on some complicated RPGs, this game, to me, is even more of a challenge to balance than that. There are so many moving parts around a relatively small core. But a lot of people are trying to get at that specific thing. You can even think about the relationships people have with one another. Are you allies? Do you have a trade pact? Do you have a non-aggression treaty? All kinds of things come into play just in terms of how you deal with the other mobsters in the game.

Romero: You are, actually. When you first start the game, you choose which boss you want to play. Bosses are unique visually, but they’re also unique from a strategic point of view. Each one of them has two empire bonuses, and then they have a diplomatic bonus. Capone gets on well with the other Italian gangs. Another thing about Chicago, it has this sort of — ”war” isn’t the right term, but there’s an uneasy tension between the Italians and the Irish in the city. So you have diplomatic benefits, and then each boss also has a unique combat ability. That’s your starting state.

Then you go into the game, and there are 60 different RPCs you can hire. You control those RPCs to a certain extent. They have their own agency, within reason. Just like if you were a traditional mob boss, you can tell them what to do. You control them in combat and you control their movements in the world. But it’s possible that two of your characters could fall in love with each other. As the boss, you can say, “Look, forget about this. It’s not happening.” They’ll listen to you. They might be sullen for a while. But you control those characters. They work, as you might expect, on a take. They keep some of what they make and send the lion’s share up to you.