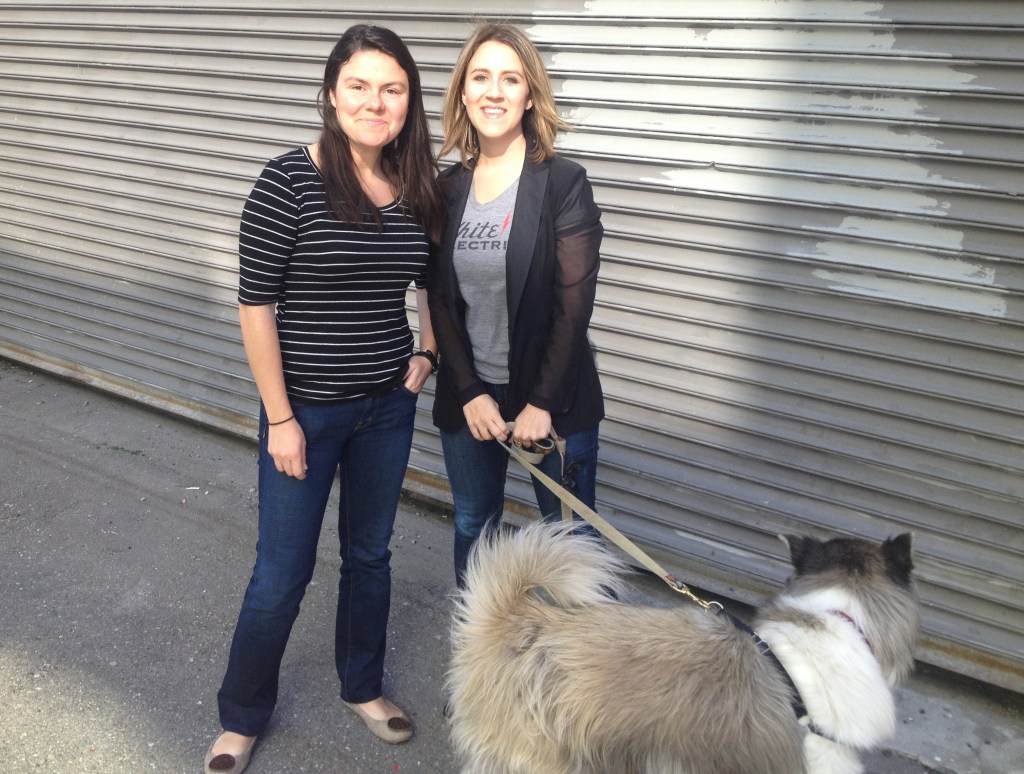 When Clara Brenner and Julie Lein first came up with the term ‘urban impact entrepreneur,’ they were recent graduates of MIT’s Sloane School of Management. With degrees in hand and years of experience working in real estate, politics, non-profits, and community organizing, they touched down in the Bay Area ready to have an impact themselves.

Brenner and Lein are the founders of Tumml, a new ‘urban ventures’ accelerator program that empowers entrepreneurs to solve urban problems. Eighty-one percent of Americans are now living in cities, and yet many entrepreneurs and investors are hesitant to get involved with companies focused on improving city life. Brenner and Lein conducted a survey of entrepreneurs from around the country to assess their pain points.

“At the same time that more people than ever are living in cities, the fiscal climate means that cities are less able to provide certain services and quality of life,” Lein said in an interview with VentureBeat. “Entrepreneurs can shoulder that load. There is such a market opportunity here. This is where entrepreneurship should enter, there is so much they could do. We were curious why more entrepreneurs are not stepping up to fill the gap.”

The investigation yielded some interesting results. Lein, who has a background in political and community polling, said that even after normalizing for demographic factors, entrepreneurs working on urban problems are less than half as likely as traditional entrepreneurs to receive seed stage funding. These companies often work with physical products and services and need physical space. For example, a city bike share or a new waste management system can’t just start running with the same ease that software can. In many cases, they require permits and paperwork to avoid conflict with municipal regulations.

Another challenge is expansion. Every city has different people and a different set of bureaucratic hoops to jump through. Brenner said entering new markets involves fighting new battles each time and relying on government workers who “hold [the entrepreneur’s] fate in their hands.” All of these challenges make urban impact startups less attractive to investors.

Tumml will help early-stage companies address these challenges by providing $20,000 in seed funding, work space at The Hatchery in San Francisco, a three-and-a-half month curriculum that teaches entrepreneurs how to navigate these issues, legal support, and a network of mentors that includes civic and government leaders, investors, and successful urban-impact entrepreneurs. Participants include executives from B Lab, Airbnb, Revolution foods, the former deputy secretary for the US Department of Housing and Urban Development, the General Manager of San Francisco’s Recreation and Parks Department, San Francisco’s Chief Innovation Officer, as well as the mayor’s offices in San Francisco, Boston, Philadelphia, and Chicago.

The duo reached out to cities that prioritize technology and innovation, since working with government can be one of the biggest obstacles urban impact entrepreneurs face. Tumml is not for companies that are trying to sell to government or even work alongside government, like Code for America. Rather, Brenner said, it is trying to find innovators to augment what government can do.

“There is not necessarily a place for entrepreneurs to go right now when they want to solve a problem in their own backyard,” she said. “We want to be the place that addresses those needs, and create a meaningful pipeline of urban impact entrepreneurs to prove that these companies have the ability to succeed, and people have the ability to shape our cities in important ways.

‘Urban impact’ is a board term that can mean anything from collaborative consumption/shared economy ideas to alternative transportation systems. Applications opened earlier this month, and a large number of applicants have public policy and urban planning backgrounds. Ultimately, they share the common goal of strengthening communities and making people feel more connected to their neighborhoods, whether that is through food or safety efforts.

The deadline for applications is April 30, and the first cohort begins in June. Brenner and Lein expect to take five companies into the first class, depending on the quality of the appliance. Tumml is a non-profit organization that is philanthropically backed. Donors include Accela, Nixon Peabody, and the Blackstone Charitable Foundation, and MIT is on the board. Tumml will take a small portion of equity to be held by the non-profit trust, and in the event of liquidity, that money will go right back into growing the program and hopefully supporting more urban impact entrepreneurs.