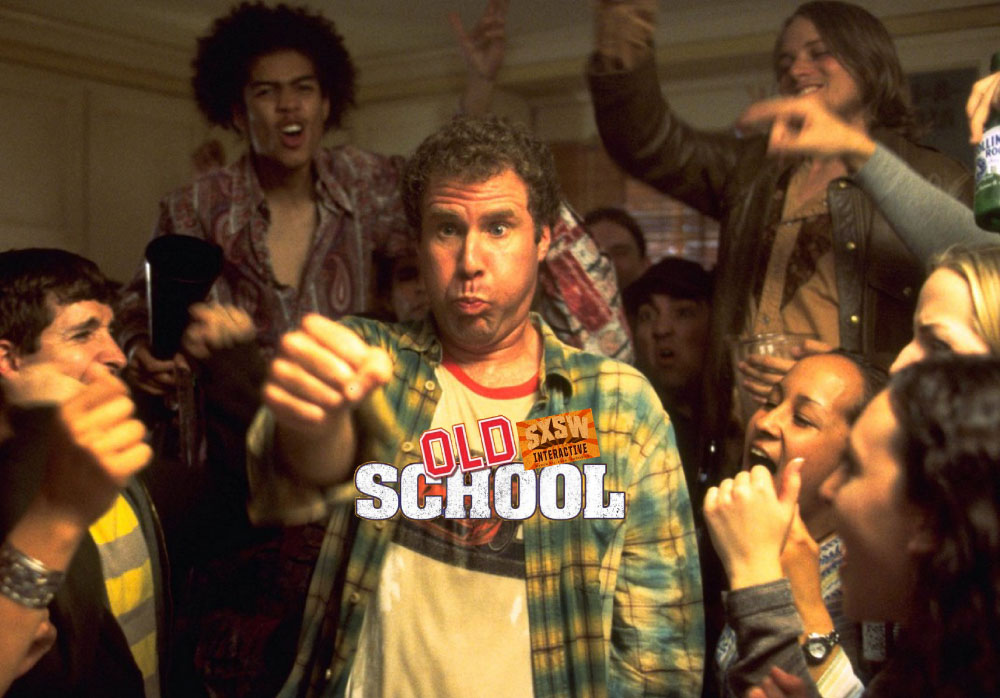 Whether you think of it as some sort of bloated travesty, or what some call the Super Bowl of technology gatherings, SXSW is in no way like what it once was just 5 years ago.

“I started working for my first dot-com as a designer/developer in ‘99,” Ward said. “It was a very disorganized group of people speaking about technology and philosophy. Nobody announced it or what they were doing, sometimes there didn’t seem to be a moderator. Only a very small crowd showed interest locally. In the early days, SXSW Interactive gave us techies a homecoming (dance) and a summit where great minds would meet. SXSW interactive lost its momentum after the dot bust.  I remember offering tickets to people and they’d just shrug and say “so what.” None of my friends wanted to go.”

Every geek’s SXSW story is different. The first time I ever saw the festival, or Austin itself for that matter, my old boss flew me out to interview for a job right in the middle of the music portion back in 2008. I took a day off work, flew all the way to Texas from San Francisco and arrived in the middle of the concert and party sponsored by the company (still one of the biggest parties at SXSW). I went back stage, wearing a suit and expecting some kind of formal interview. My soon-to-be boss walked up, laughed, and said, “Good God man get changed into something more casual!” A quick change of clothes and stop by the bar later, I was interviewing for what would become my job for the next year and a half.

How could I not leave behind my stagnant office job for a life of travel, music, fun and happiness that the party represented — with SXSW as the backdrop. I knew if I took the job, these types of scenes would be a part of my future. It was intoxicating. Through a half a dozen social media jobs since, I’ve come back to Austin every year.

Things obviously changed as the years went by. In 2007 came what Anne calls “the colossal splash of Twitter,” when the site truly became a communication tool for hundreds of geeks who had primarily only been using the likes of AIM or ICQ. Things were about to change rapidly in the coming years, to the point where the entire festival has now become overshadowed by the once-tiny Interactive portion. As hundreds of tech companies, large and small, realized SXSW was a perfect place to market themselves, the atmosphere of the whole thing changed.

One of the biggest official festival events, TechKaraoke, is no more because of what some people call too much “SXSW Inc.” The ever-growing price of tickets, the lack of hotel rooms and sheer mass of people clogging the streets during Interactive, have not only obliterated the “dot-com” feel of the early aughts, but have caused some people to give up going altogether, or to not buy tickets to the actual conference. Instead, many folks attend the parties, and nothing else.

It’s increasingly common for me to hear people saying that they are attending, but then qualify it as ‘without buying a pass,’” said Ward. “You don’t need a pass if you’re just pitching your ideas. The talent of the festival is all around you and they’re quite ready to get out of the convention center.”

To bring back some of the home-town vibe, Ward started a contest called “PitchMyHouse.com,” in which she gave out rooms at her 1970s Austin ranch house to geeks who gave her the best ideas for building awareness around her mobile marketing blog mobilefomo.com.

One of the festival’s formerly biggest sponsors, Techkaraoke, canceled their party this year because it is “too expensive to be an official SXSW event,” Ward said. “Their cancellation signals proof of this change. People are openly defying SXSW, Inc.”

Ward says the TechKaraoke cancellation was inspiration for her in trying to bring back a bit of the small town feel that was once a part of the festival, by starting “PitchMyHouse.com.”

“Hotel rooms in Austin during the festival are always in such short supply,” she said. “Pitchmyhouse.com felt like a return to Austin’s roots. SXSW used to be a meeting of the minds, where ideas would just flow. Now it has become a place to hawk your wares. The festival has lost that sense of community and spark of innovation. I wanted to mobilize a team of talented people and really have fun this year,” said Ward.

She may have done just that. Ward recently announced that the team from Funny or Die won the contest, and will be occupying the house. “I am so excited to be hosting some of the Funny or Die folks at my house. Their pitch was by far the best… Let’s just say the pitch is so good that I will not spoil it by sharing it here.”

John is Senior Account Manager at Viralheat, where he helps people utilize that company’s social media monitoring and engagement products. He worked as a journalist for 15 years for NBC and the Village Voice among others. He wrote for VentureBeat on a regular basis back in 2010 and ’11. John started using social media to help bring visitors to web sites back in 2007 and has been doing it ever since.