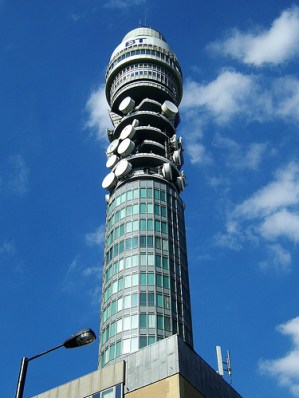 Yet another major company has jumped into patent squabbles with Google. British Telecommunications filed suit against the search giant on Thursday for infringing on six patents.

BT is aiming higher than most other companies targeting Google — which at this point include Apple, Oracle, and Microsoft — because it’s not just targeting Android; it’s targeting almost every Google service, including Gmail, Google+ and Google Docs, reports Florian Mueller at FOSS Patents.

“BT seeks damages — even triple damages for willful and deliberate infringement — as well as an injunction,” Mueller writes. “The complaint suggests that Google refused to pay.”

The broadness of BT’s patents may make it difficult to convince a court that Google is doing anything wrong. Take, for example, #6,169,515, which concerns “a navigation system which includes a fixed part and at least one mobile part to provide guidance information to a user.” BT believes Google Maps on Android infringes on this patent, even though it seemingly describes all map and GPS functionality on modern smartphones.

Mueller notes that he wouldn’t be surprised if BT took this battle to German courts, which generally rule in favor of patent holders. Motorola (which Google is in the process of acquiring), recently scored a patent win against Apple in a German court over 3G data transmission.