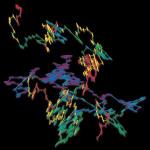 Macroflux, a Mountain View, Calif., spinoff from Alza, hired M. Cory Zwerling as CEO. The company is developing “needle-free” delivery of complex drugs, similar in certain ways to StrataGent Life Sciences, which we wrote about here. Here is the company’s release.

ForHealth Technologies, a Daytona Beach, Fla., company, named Steve Thomas as its new CEO, VentureWire reports (subscription required). The company makes an automated filler for intravenous drug syringes. It’s apparently not clear that Thomas will move from his San Diego home, at least according to this article.

This last one is a bit old, but still worth noting. Scott Gottlieb, the former FDA official turned American Enterprise Institute pundit, whose various opinings on the biotech industry we have noted here and here, is apparently also a paid consultant to Novartis — an association that for some reason never seems to get noted when he writes long attacks on the New England Journal of Medicine for the WSJ’s editorial page. Perhaps readers can benefit from this information the next time Gottlieb unburdens himself of his accumulated wisdom. (Hat tip: Pharmalot.)