SunSpider is a JavaScript benchmark, probably one of the oldest ones around. We ran version 1.0.2, the latest and last version released (SunSpider is no longer maintained). 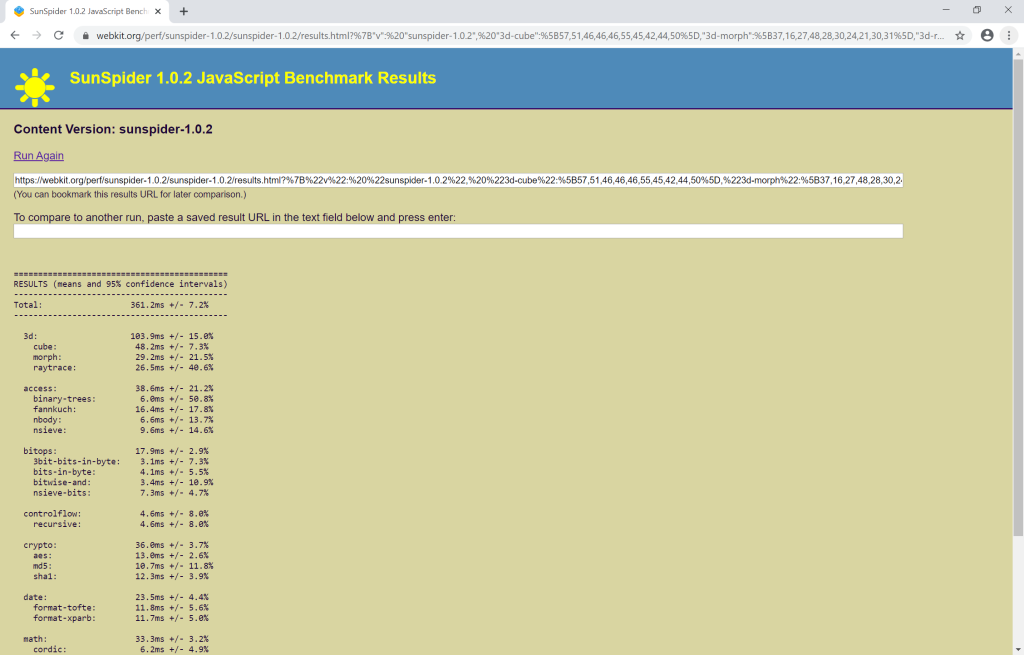 Firefox did a lot worse: 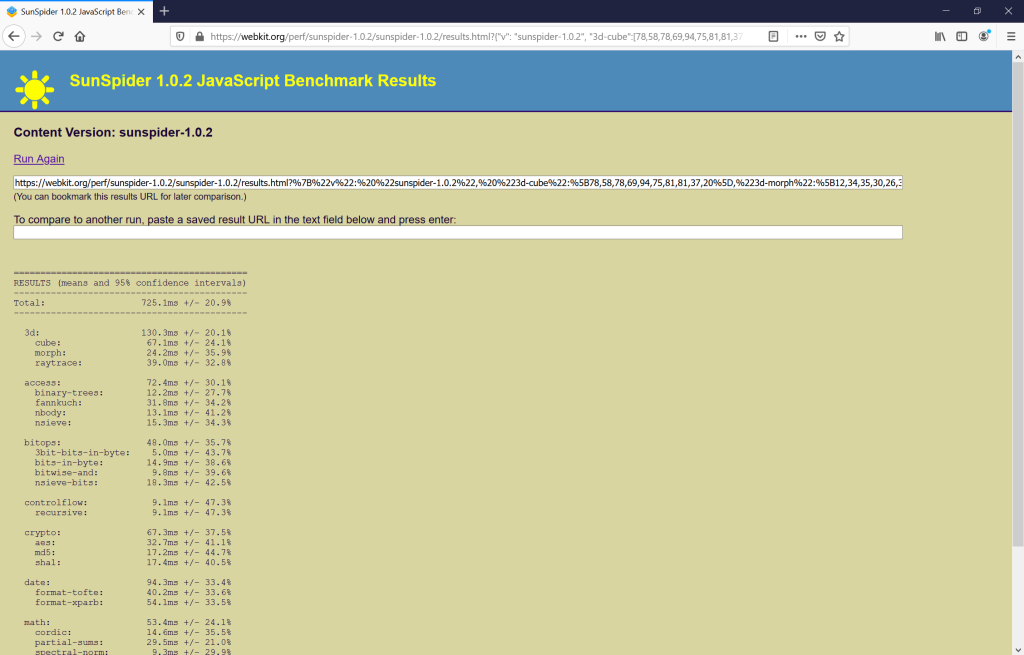 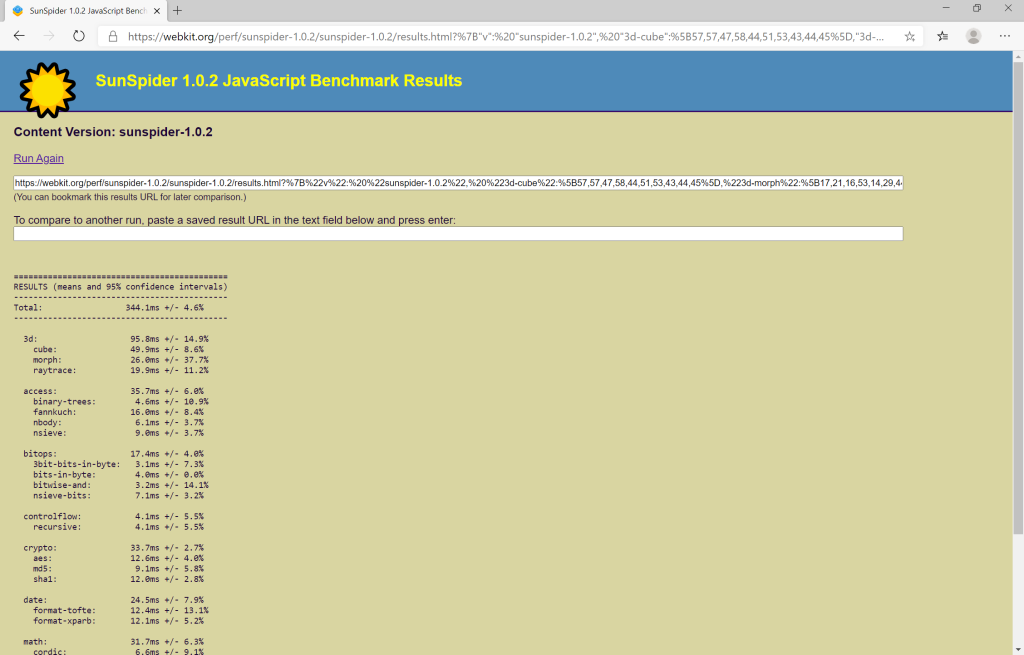 Brave did a bit worse than the other Chromium browsers, but better than Firefox: 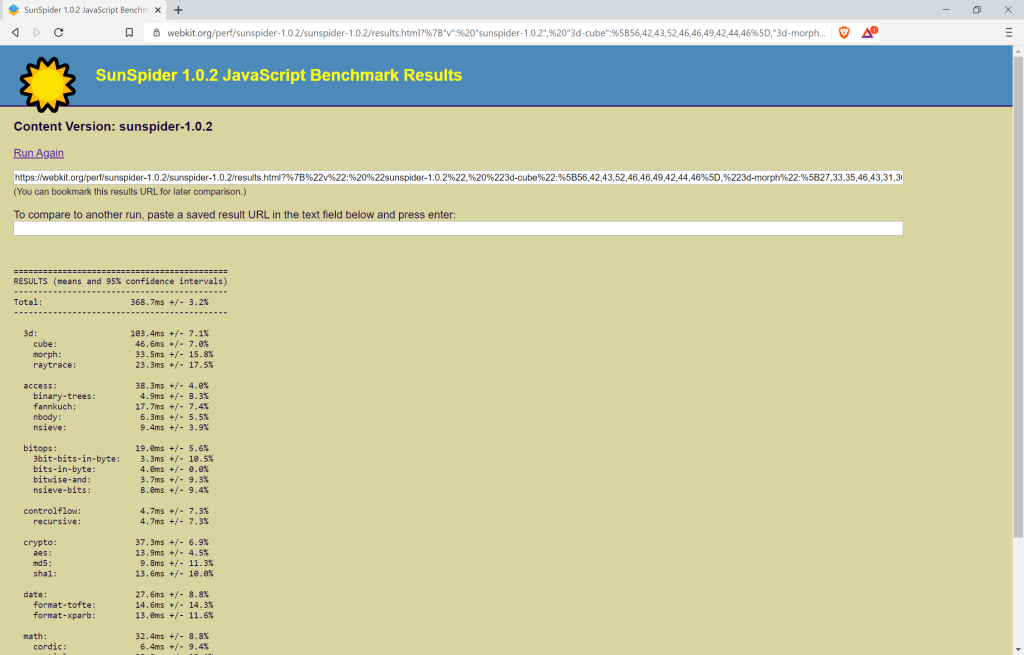 This is an old test, so it shouldn’t be taken on its own. 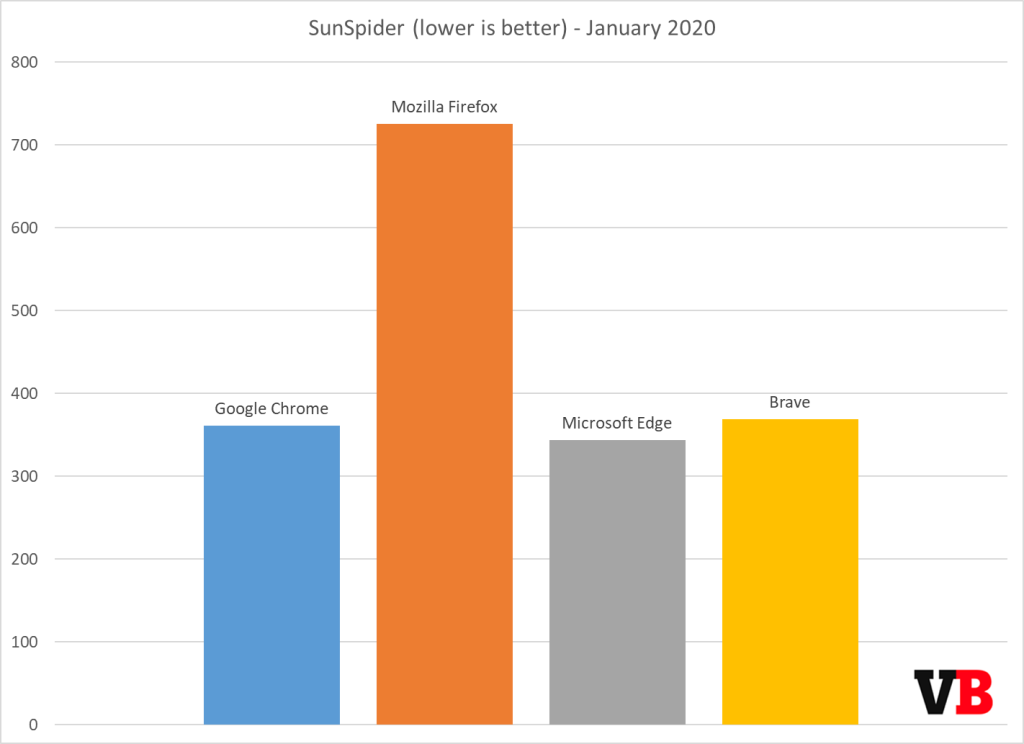