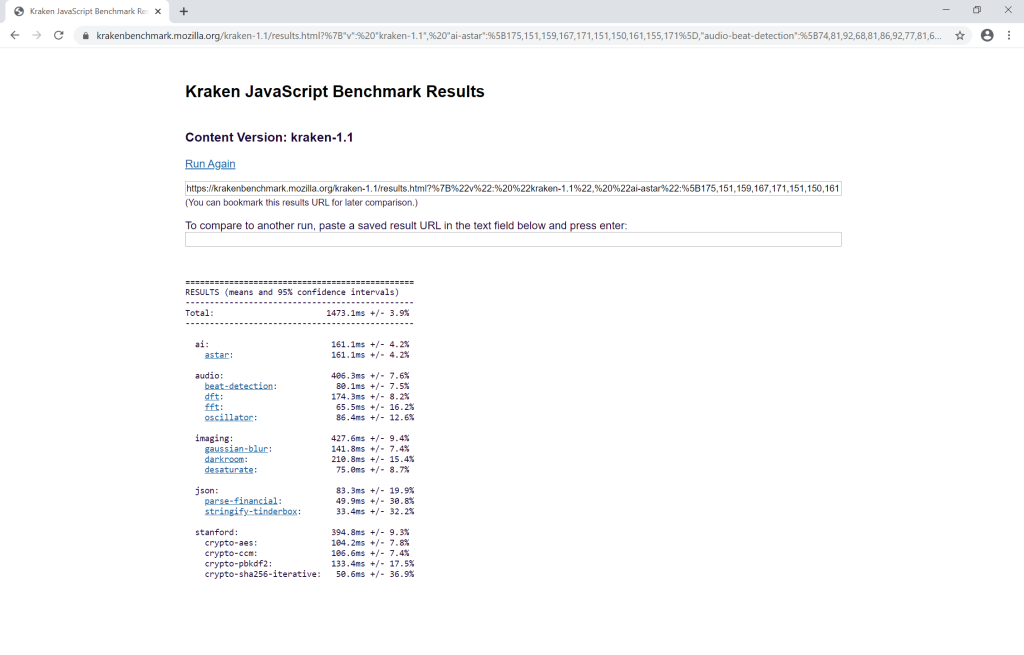 Firefox was much faster: 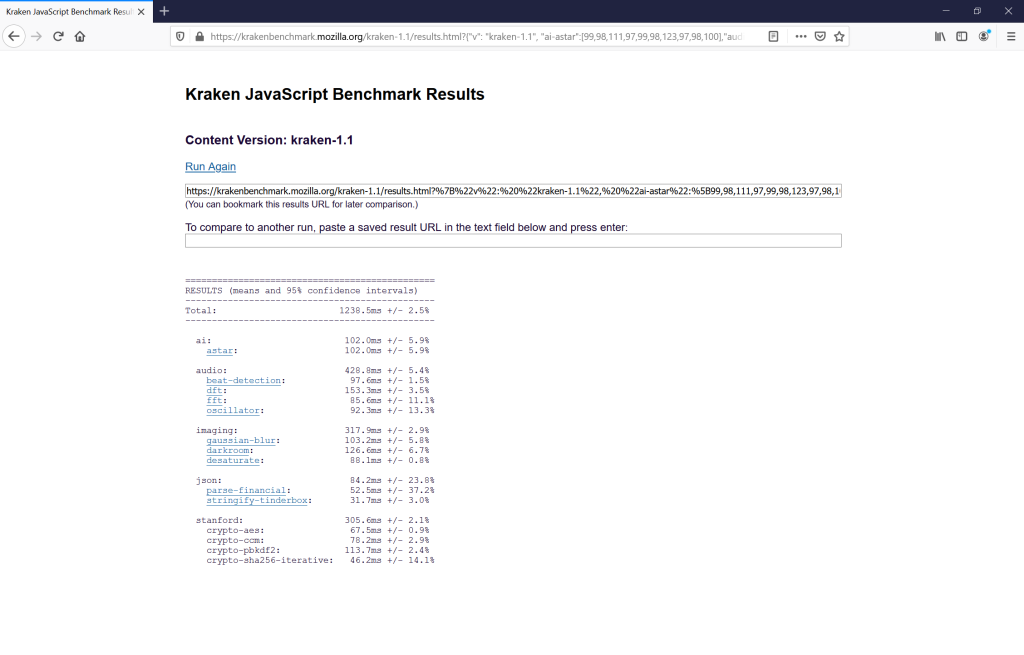 Edge was slower than Chrome and Firefox: 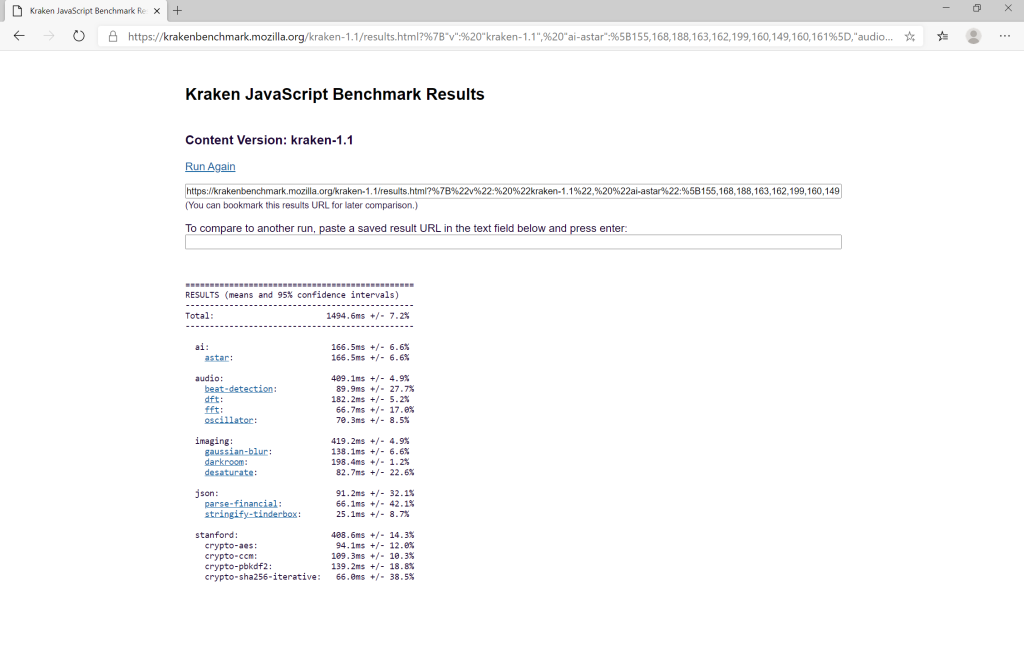 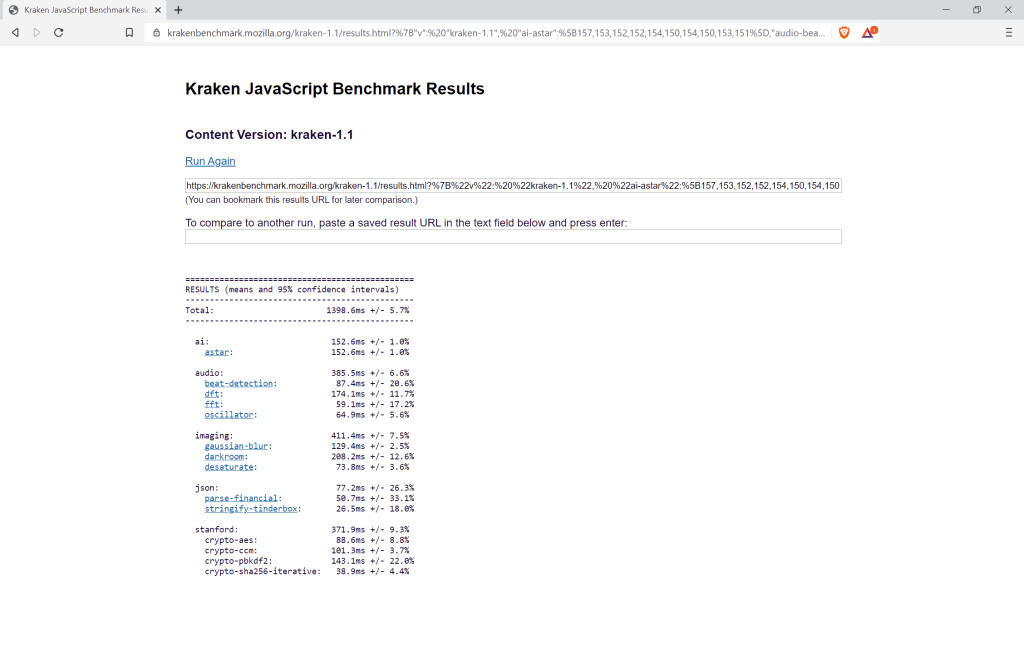 Kraken is Mozilla’s benchmark, and Firefox won this test. 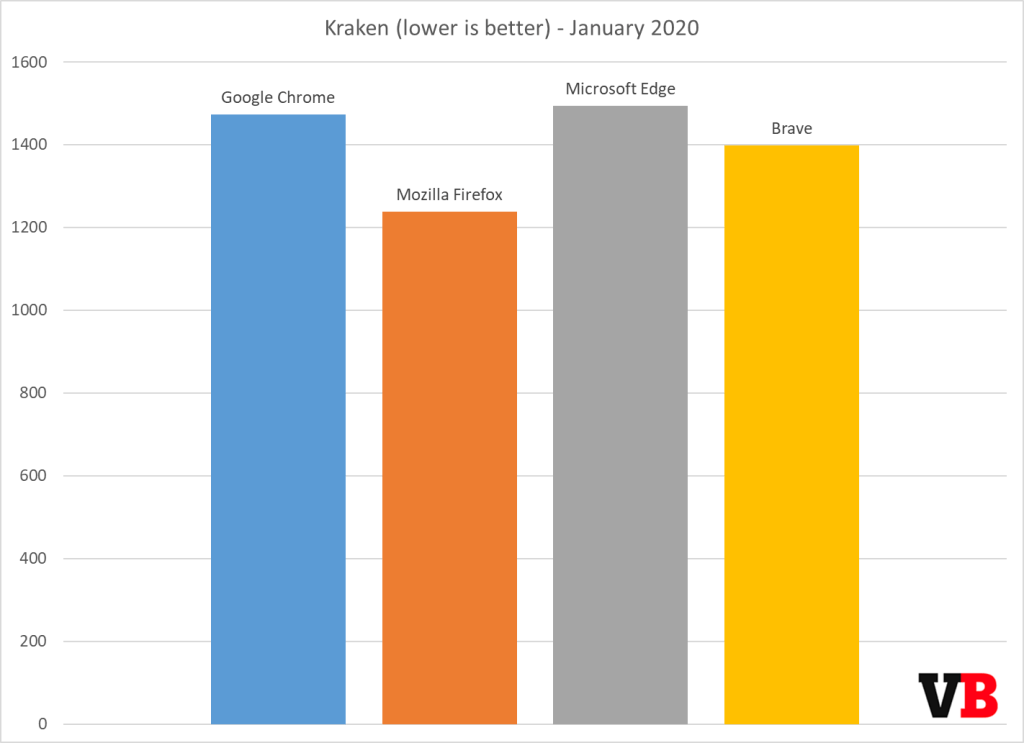