BTS World, a new mobile game coming from Netmarble, will debut on June 25 on iOS and Android. It could be a big hit in part because the K-pop group, BTS, has become extremely popular as it heads to worldwide superstardom.

I know this because my kid went to one of their world tour concerts in Los Angeles. And it’s going to be a little different from Netmarble’s other games, which include Lineage 2: Revolution, Marvel: Future Fight, Everybody’s Marble, and Seven Knights.

BTS World will also reveal an all-new, original soundtrack from BTS leading up to the launch, starting with a sub-unit song by Jin, Jimin, and Jung Kook of BTS. The mobile game will feature exclusive photos (10,000) and videos (100) from the group. You play as the group’s manager, and a new minigame demo is available on its website.

According to Netmarble, BTS World is a story-based mobile sim. It reminds me of Kim Kardashian: Hollywood from Glu Mobile. Clearly, that is what Netmarble is thinking as well, as the South Korean mobile game company invested $190 million in BTS’s music label. 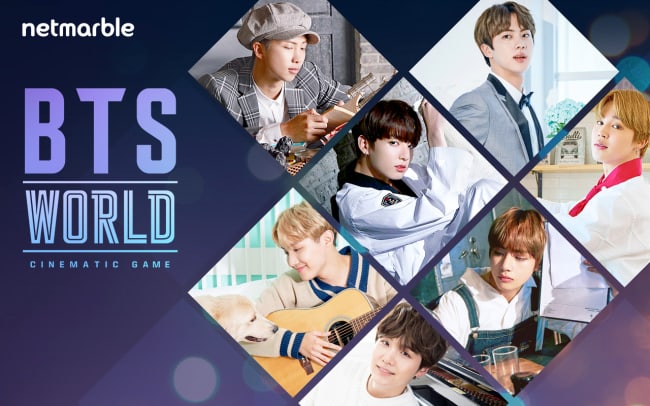 Players will encounter various missions where they will select certain BTS member cards to clear the mission and progress through the game. Collecting and upgrading these cards will open up even more stories along the way.