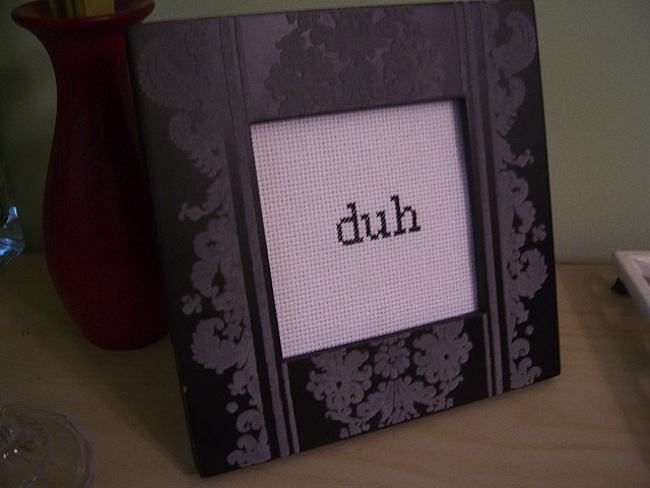 Salesforce called it a “rebalancing of resources” at Marketing Cloud, the new software suite that Salesforce created from Radian6 and Buddy Media, another relatively recent acquisition. But some in the media immediately reported “signs of trouble,” and referred to Buddy Media as a “money pit.” 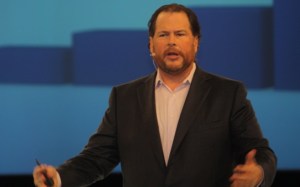 Above: Marc Benioff: Not crazy after all.

The layoffs reportedly occurred at Radian6, but within hours, Buddy Media found itself at the center of the storm. Business Insider released a snapshot of the company’s financials from the June 2011-2012 period, when it was still a venture-backed private company, and reported that it was “bleeding money” in the months prior to the $689 million acquisition.

Reality check: After two acquisitions of companies in a similar space, layoffs are a matter of course. Logically speaking, this creates some overlap of personnel.

“When you acquire two companies, it makes sense to slash a lot of jobs that are replicating each other,” said Jeremiah Owyang, an industry analyst at Altimeter Research. “How many managers or HR managers do you need on the same account?”

Salesforce is a public company and needs to make sure it’s still in the black — “downsizing the overhead makes sense at this time,” he added.

Adding to the speculation that Salesforce is in trouble, its competitors took the opportunity to offer the recently laid-off employees a job (most of the scale backs were in marketing and sales). View the comments here.

Still, the layoffs are not necessarily a vindication for competitors like Oracle and Adobe.

It’s also not out of the ordinary for a venture-backed software as a service (SaaS) company to overspend, then concentrate on monetization at a later stage. Before this summer’s acquisition, Buddy Media was still a private company in growth mode.

In response to the spate of recent articles that question Marc Benioff’s judgment, experts say it will be at least six months before we will say how the acquisition plays out.

“It’s just too premature to make a call,” said Jim Moore, the founder and managing director of J. Moore Partners, a M&A advisory firm. “If the layoffs were on the administrative, sales and marketing side, I don’t see any reason to say these acquisitions have not been successful.”

Salesforce declined to comment for this story beyond this official statement:

With the integration of Radian6 and Buddy Media, the Salesforce Marketing Cloud is re-balancing its resources to support its growth, including moving from a hub to a distributed model for certain customer-facing roles, consolidating marketing and dramatically increasing investments in R&D. Fewer than 100 people were impacted globally.