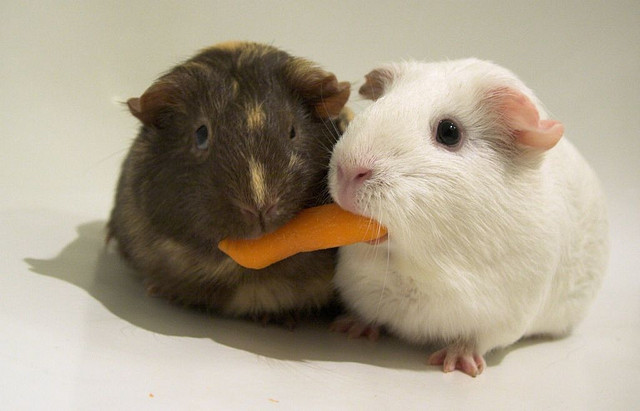 Social engagement tool Buffer is relaunching today as a sharing platform … with big benefits. And analytics, and a great user experience, and some cool new features that HootSuite should start getting worried about.

Buffer started as simply a way to buffer or space out your social tweets and shares, with some intelligence that, over time, ensured your updates published at optimal times for maximum engagement. But when HootSuite added auto-scheduling this summer, that specific niche started narrowing.

So Buffer re-engaged with partners, adding a big Twitter client as a partner, plus 49 other developer-partners such as Reeder, Pocket, and Feedly. And now the service is relaunching with a different focus and a different flavor.

“We’ve been working on this for the past six months,” Buffer co-founder Leonhard Widrich told me via email. “We’ve been collecting tons of data of how Buffer was used, how our now 50 partner developers … have gotten usage through our API, and where we see the future of sharing on the social web.”

The result is a refocus as a sharing platform.

Buffer doesn’t want to be a destination anymore; it wants to be a conduit. Content that initially needed to be posted at Buffer’s site or through the app is increasingly coming in via Buffer buttons in browsers or partner integrations. In fact, over 40 percent of the content that flows through the system is already posted via the API, Widrich told me, and that trend is increasing rapidly.

So the actual Buffer app is now refocusing on analytics and some cool social sharing jiu-jitsu. Here are some examples:

Buffer now reveals your top posts across all networks: 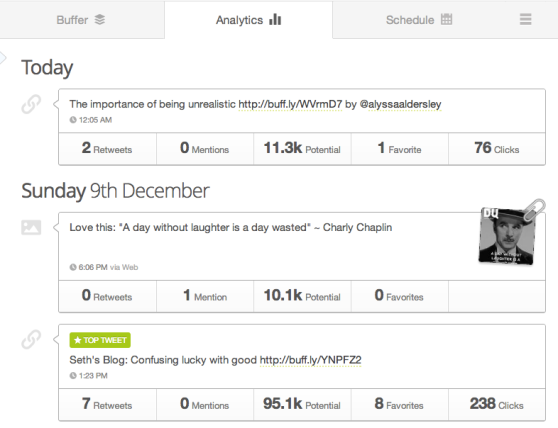 With a very cool new user interface, the new Buffer allows you to drag and drop updates from one social account into another:

And, smartly, copy top performing posts from Facebook, for example, to Twitter, to see if they get good engagement there: 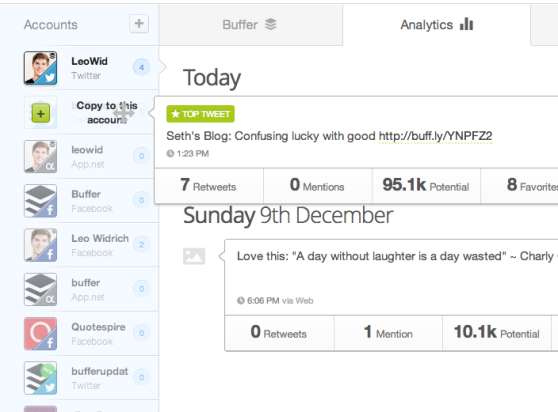 It’s a smart upgrade, and it still comes with the benefit of optimum scheduling and release of updates, which should improve engagement with your audience, or just your friends.

But what I really like is that Buffer is adding some real user interface and user experience panache to a social sharing market dominated by HootSuite (which, full disclosure, I use frequently). Although HootSuite does a lot more than simply sharing social updates, its UI and UX leave a lot to be desired.

With 400,000 users compared to HootSuite’s five million, it’s up to Buffer to show that it can compete with the big boys.