Buzzlogic, the San Francisco company that tries to help marketers and others gauge which blogs are the most influential for specific topics, has raised an extra $2.5 million in financing to help it promote its new advertising product.

The company launched its blog analysis product in May (our coverage), but earlier this month additionally launched a way to target advertising against those influential blogs. You type in a topic into Buzzlogic’s dashboard, and it provides you a list of the most influential blogs around certain products or product types.

The company has several competitors in the area of tracking of social media. There’s a grid below shows competitors and how they differ. Note the matrix is supplied by Collective Intellect, of Colorado, and so it is somewhat biased toward that company. Buzzlogic would disagree, for example, with the grid’s suggestion that it doesn’t offer real-time analysis. However, we provide it so can you get a feel for the landscape. Collective Intellect’s product, called Media Intellect, only recently launched, and is being used by 70 hedge funds. Radian6 is another player we’ve covered. 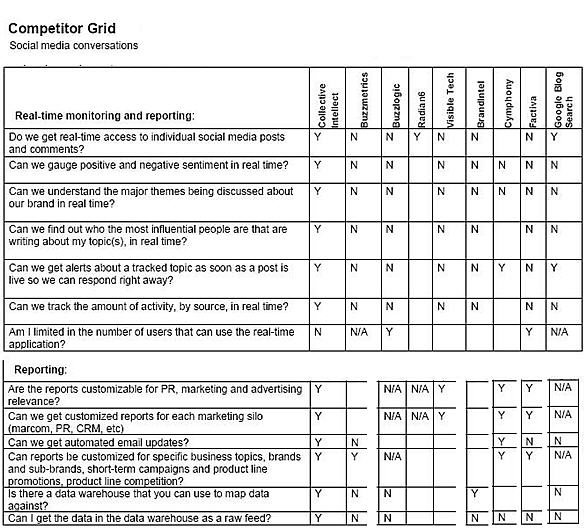